At the end of the first half of the 1990s, the Jeep Grand Cherokee debuted in Brazil as one of the most luxurious, powerful and desirable cars on the national market.

Now in the fourth generation, he gets isolated. He became a kind of Rocky Balboa of cars: before he was invincible, he inspired many people to venture into the sport, but today he is an old idol.

It will take a thorough restoration to bring the SUV back to its former glory. Well, that’s what they did in the fifth generation, which has already been launched abroad with bags ready for Brazil. A hybrid version of the 4xe has already been confirmed; the question is whether the Grand Cherokee L, reviewed here at the beginning, is also coming. 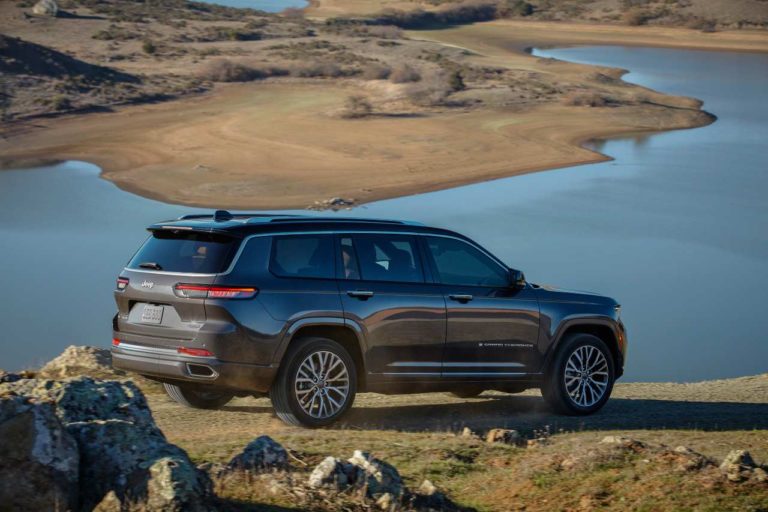 When launched in Brazil, the Grand Cherokee L will be the brand’s top model here

For the first time in nearly thirty years the Grand Cherokee has two additional seats – hence the “L” designation. It might even be a risky move for an icon with a well-defined role in the automotive world, with equal on- and off-road prowess like few others, brimming with comfort and dignity.

Read more: XC90 gets more freedom to be independent of petrol in the city

But for a man who introduced himself to the world by breaking through a glass wall in the middle of the Detroit Auto Show, taking on two more occupants seems like a small thing.

This fifth generation probably marks the biggest break from the Grand Cherokee to the next. Based on the WL architecture – which Jeep assures was designed from the ground up -, the new SUV’s body has only 29% of its monocoque structure in conventional steel, using more advanced steels and aluminum. 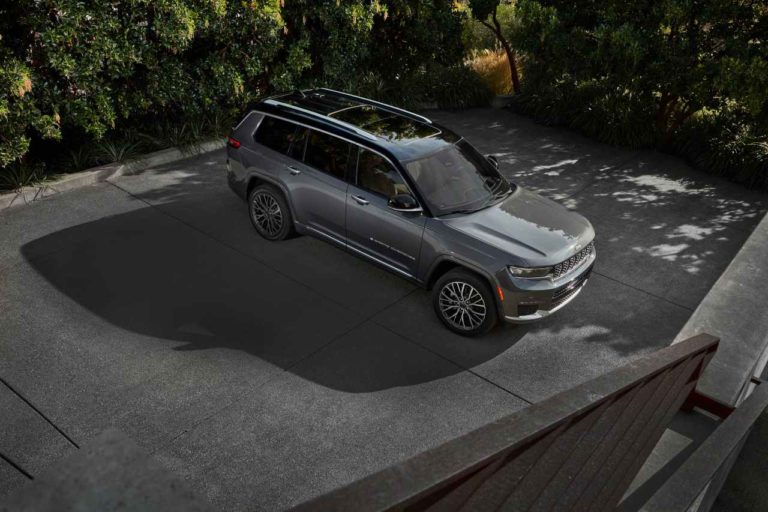 A sunroof is standard on the Jeep Grand Cherokee L Edition

When the comparison is with the Grand Cherokee L, then… There is 5.20 meters from bumper to bumper and 3.09 m from the front to the rear axle – between them you can almost park the Fiat Mobi, which has 3.60 meters. And yet the bodywork resists twisting by 13%. 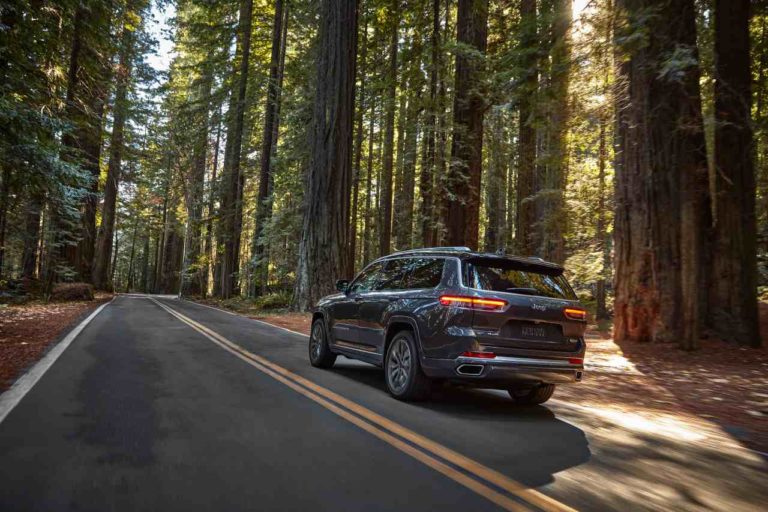 The SUV exudes elegance from all angles

There were 20 days to live with the Grand Cherokee L Meeting in Mexico, a crowded market for Cadillac Escalade and Lincoln Navigator, icons of luxury for North Americans. Even the owners of these models, individuals from the Mexican elite, looked at the Jeep with admiration and surprise. 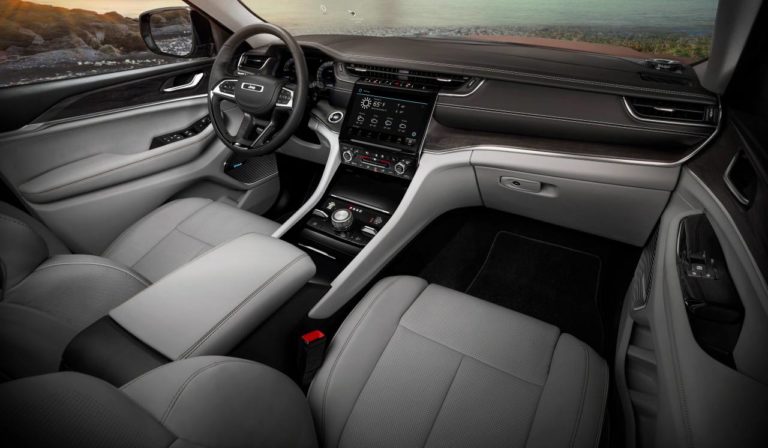 This break from the fourth to the fifth generation is not just about structural issues: leaving the old and entering the new is like checking out a four-star hotel and then checking into a five-star hotel. 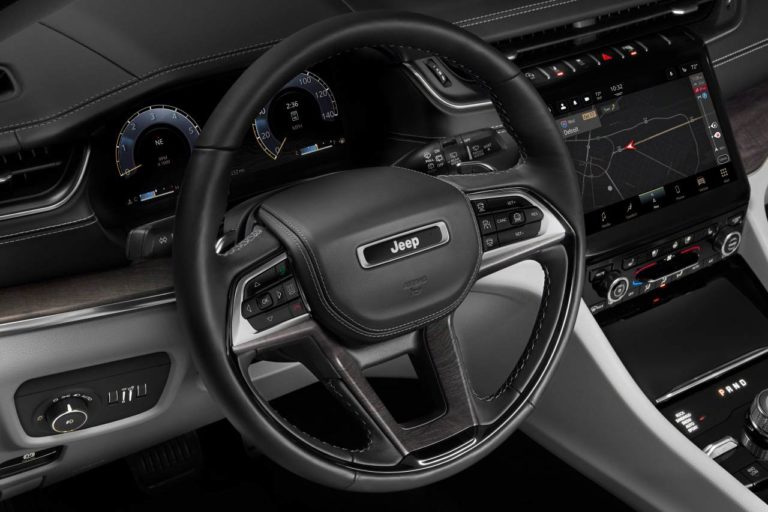 On cold days, you can heat on the steering wheel; in hot ones, just cold

Grand Cherokee in size, is generous to the occupants: a heated steering wheel, a night vision camera that detects pedestrians and animals, a McIntosh audio system with 19 speakers and 835 watts of power, four types of massage for the driver and passengers. front seats, front. and heated second-row seats (ventilated front seats, adaptive cruise control, automatic emergency braking and lane-keeping assist are some of the available benefits.

The inappropriate finish combines metal, leather and wood, here opaque – even those who do not like this type of material are attracted. Rumors of the seats and door panels put the Jeep on the same level as the British and Germans. 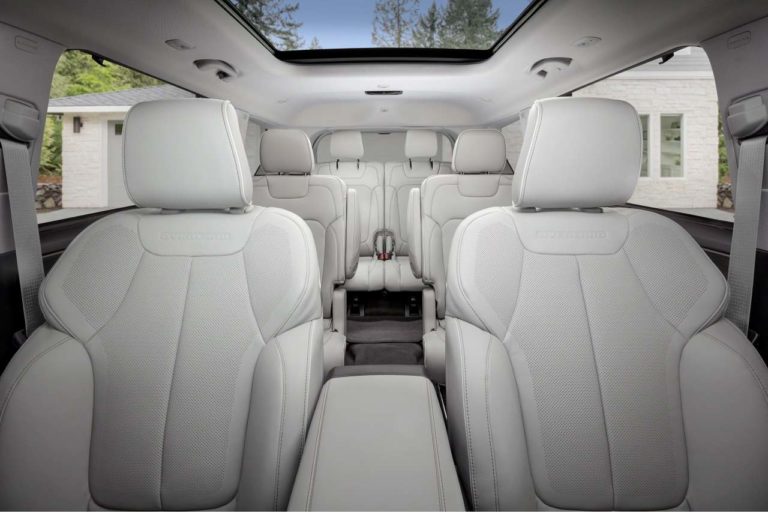 Space is generous for all occupants; The third row accommodates children better

Of course, there is room for everyone. For the driver, the ergonomics are impeccable. Those who are used to resting the rear leg with the number 36 of the Commander/Compass duo, find the highest level of support in the Grand Cherokee with the number 48. In other words, while the national Jeeps support Cinderella’s leg, the American Jeep suffers and Shrek’s Leg.

The second row is equally spacious and the third can accommodate an adult for a short trip. The system of obtaining money is simple, but a 6-year-old child could not work. For many luxuries, it lacked an electric motor. 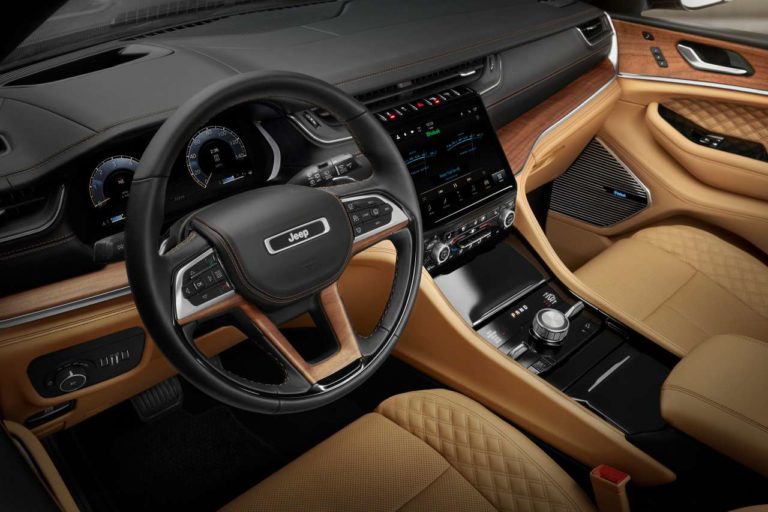 With a veteran 5.7 V8 Hemi, 362 hp and 53.9 kgfm of torque, the GCL has an eight-speed automatic transmission, whose changes are velvety when the stimulus is carefully treated. If the driver sinks his foot, the gear change indicates that the gearbox may be too quick to organize the power delivered to the four wheels.

Although not always on four legs, as there is a feature on this Grand Cherokee that separates traction from the front axle when there is no need. There was no opportunity for an off-road test. And that can say something about the aura around the Grand Cherokee: does anyone have the courage to doubt the adventurous ability of a car with such experience in this regard and which now offers three types of 4×4 system?

In addition to the Quadra-Trac I, there is a Quadra-Trac II with a two-speed transfer case and a Quadra-Drive II system, with an electronically controlled limited-slip rear differential.

We cannot expect to save, which seems to me for a V8 of more than 5 meters: according to the agency responsible for measuring consumption in the USA (EPA), the average is 7.2 km/l.

Air suspension and light and precise steering are the pinnacle of handling that can be very good on a more relaxed ride, or more exciting when there is no one else around on Mexico’s twisty and well-marked roads. Using a curve here and another there, the Grand Cherokee proved to be confident.

More powerful, luxurious, beautiful and equipped than ever before, the Grand Cherokee will be popular here – if it comes.

What we already know about the new Jeep Cherokee 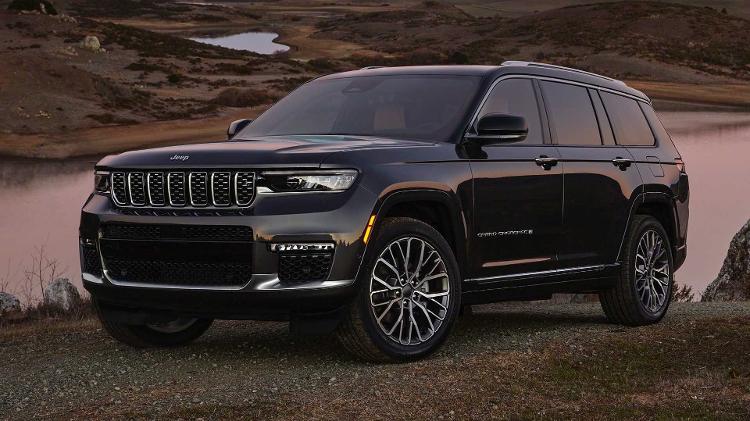 Grand Cherokee L, which rolls around in Brazil, shows where the luxury Jeep can be found – 05/14/2022

All SUV prices, versions and equipment

The Isuzu electric truck will receive a Honda fuel cell

5 reasons not to buy a Volvo C40 Recharge