Dacia has it all figured out! At a time of crisis, starting to sell new cars at second-hand prices, it is obvious that car owners will be interested. That is why, since the arrival of the Romanian brand on the French market in 2005 with the Dacia Logan, Dacia has been flying from strength to strength. The latest from the brand, the Dacia Jogger station wagon has a cool look. It offers a large cabin with the capacity to carry up to seven people without them being too cramped due to the large wheelbase of 2.90 meters. And this without asking its great financial counterpart, since the most expensive version is a business for 21,600 €. And if you choose the five-seater model you will pay 800 € less.

In five or seven places, Dacia Jogger is a good friend to go on a trip, if the volume of the trunk is small when there are seven seats (160 liters), in five places we have the right to 708 liters, enough to transport. luggage for five people without a problem. Be careful though, you will have to choose between a five- or seven-seater version, because if the seven-seater version can quickly pass to five seats by removing the two seats of the third row (each weighing 10 kg), the five. -seater version has never been able to pass in seven places, because there are no anchor points for the seats. Both versions, with all seats folded, have an exceptional transport capacity of 1,819 litres. You can also put luggage on the roof, thanks to the standard roof bars (from the second level of the finish) that can be changed in the blink of an eye and with the turn of a key on the roof rack (carrying capacity 80 kg max. )

With the Dacia Logan, in 2005 the Dacia brand released a basic car, things have improved since then. Today, exterior and interior design is no longer cheap. The Jogger takes the Sandero’s styling for its front face and has recently been given a new grille and a new brand logo that brings a bit of an overall vibe. At the rear, vertical headlights and wide doors are reminiscent of a Volvo station wagon. The plastic fenders that wrap around the body give it a befitting small SUV look. On board, the Jogger adopts the Sandero dashboard, a neat, ergonomic and practical interior. If the entry-level finish has the right to a height-adjustable steering wheel and does not have air conditioning (all are optional), from the second level of finish, manual air conditioning is present and the steering wheel can be adjusted in depth. , we also have the right to rear parking radars, cruise control/speed limiter, electric rear windows, standard roof racks, 8-inch touchscreen with Display Media system compatible with Android Auto and Apple CarPlay with dual smartphone via USB cable.

Under the hood of this car, there are two blocks of 100 and 110 hp. If the first Eco-G is a bi-fuel block (gasoline + LPG), the second TCE of 110 hp runs on gasoline. There is no diesel unit for the Jogger, which in 2023 will host Dacia’s hybrid engine using the Renault Clio and Captur’s E-Tech technology. This hybrid system will include a 1.6 engine and two electric motors (“e-motor” and high-voltage starter) as well as a multi-mode gearbox with clutchless clutches. Without the diesel engine, the option of LPG can be installed with this car, because the price of LPG is more than half as high (0.90 € on average) as that of the SP95 (2.10 €) it makes it possible to keep big savings, despite the high consumption (+ 30%) due to less energy efficient fuel. On the other side of the coin, it is not possible to install the spare wheel (200 € option), because the LPG tank occupies the space provided for the spare wheel.

On the road, the Dacia Jogger station wagon can take full advantage of the Dacia Sandero platform that has been assembled. It is a modern platform borrowed from the Renault Clio 5. We lose flexibility but we no longer have that feeling of chewing when we go over a bump or a hole, the drive gear is better guided, the steering is more accurate and the body sways better. controlled. Comfort is of a good level if we put aside the aggressive sound of the engine during the acceleration phase and the air and road noise at high speeds. In the city wheelbase of almost three meters is not a handicap and Dacia Jogger is easily in the streets.

With prices starting at €16,790 for the five-seat version and €18,200 for the seven-seat version, the Dacia Jogger is a bit on its own in the world. It could be placed in competition with the Fiat Tipo Cross SW, but the entry-level price is €23,990 and there is no possibility of a seven-seat version. To have a car with seven seats and a high loading volume, you have to look into the MPV category such as Citroën Berlingo, Peugeot Rifter, but there they are also more expensive.

daily, what is the budget champion worth?

Dacia and LPG, a love story that resumes

That is, the first hybrid Dacia is out! 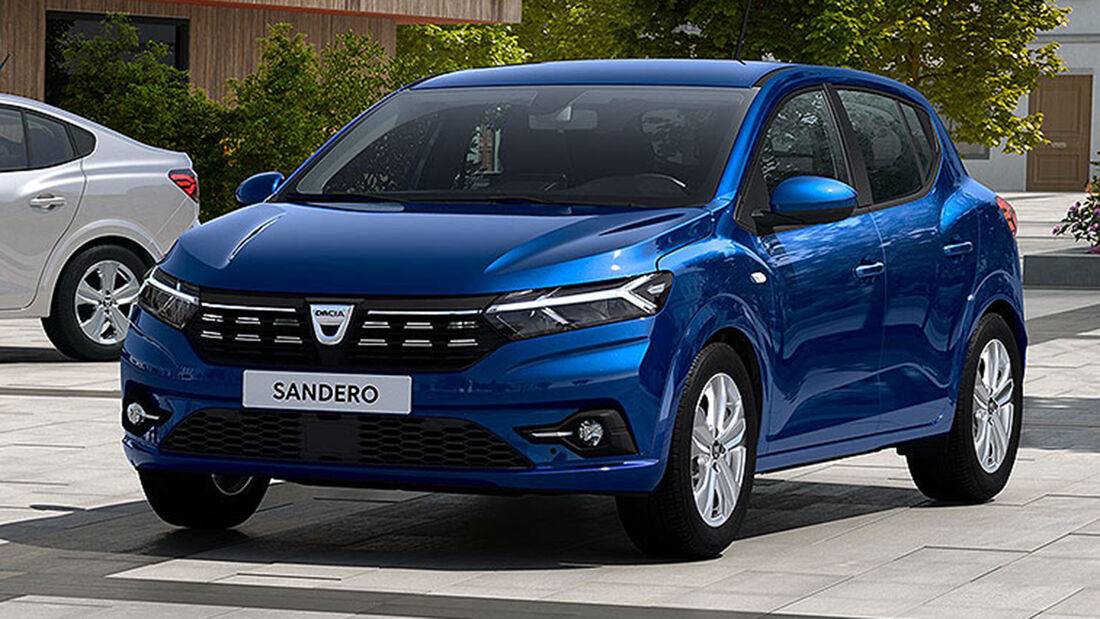 Which one is the cheapest to plant?

8k 65 inch Samsung Mini LED TV for €749, we never saw that even during Black Friday!