We have already mentioned several times that the car buying profile of the Brazilian consumer has been slowly changing.

If before, in the distant past, our market was characterized by the demand for small and/or popular cars (“small chicks”), by last year, the Brazilian consumer of new cars began to want more and more SUVs..

And this became the most used car type in the country.

In the same way that the SUV market has been increasing, the medium and large truck segment is also increasing.

Furthermore, this increase in the market share of cargo trucks is also linked to the turmoil they have caused over the past 10 years.

If car sales are currently on a downward trend, with a 52.5% reduction in the results of the last decade (2013), sales of medium and large pickups followed the opposite trend. 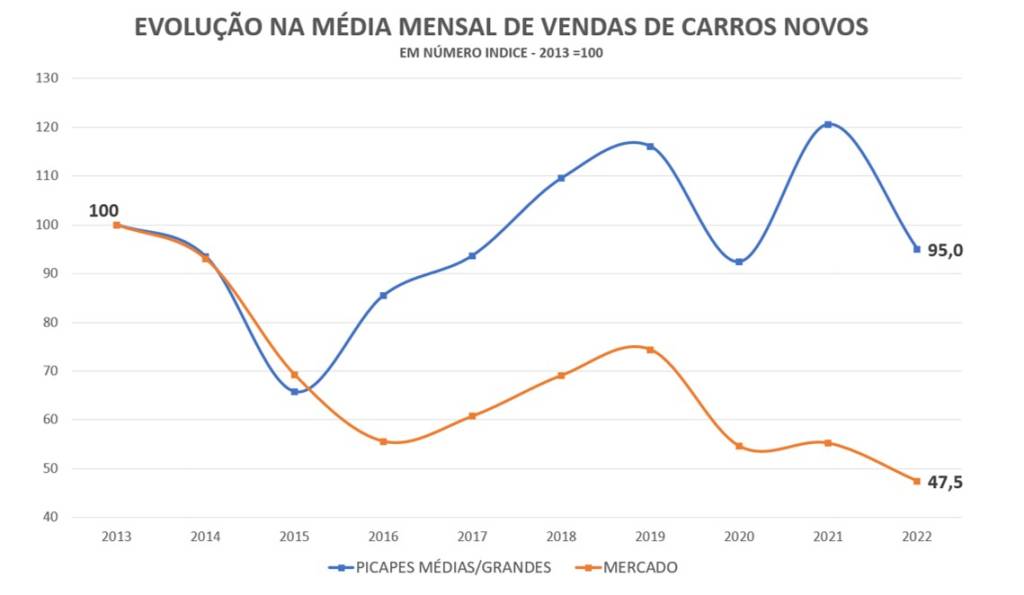 We found that, by 2016, the truck market was “separated” from the market as a whole: while one was sinking, the other was sliding.

But what changed the market? Who was responsible for this change?

Well, who gave a shake-up to the market were the “carcamanos” of Fiat.

In the best style of “arriving with both feet on your chest”, Fiat introduced its new Toro image and, immediately, it took more than a quarter of the market.

And then, it ruined the status quo of other automakers – GM and VW, so to speak! 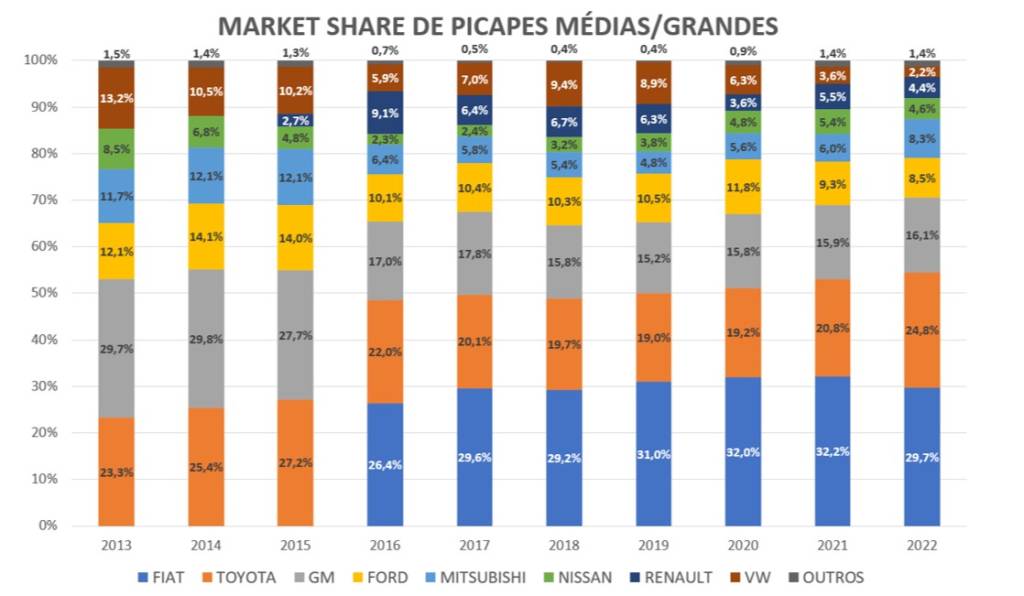 What we like most about the diagram above is that Fiat was able to break the stereotype: it entered a new segment, dominated “almost universally” by the brands that lived there and, regardless, it took almost a third of the market itself.

And what the Italian brand did was nothing more than “ululating clearly”. The Toro didn’t come to be that “work” car, but a mixed-use car (fun and work – and, with each passing day, it’s more of a fun car than a work car).

Therefore, a new image of Fiat was born with all the “Paranauês” that consumers are after, such as comfort, connectivity, space, etc.

In addition, the motorcycle truck market has ridden the wave of the SUV market. The industry has found that making cars bigger (ie, more expensive) is more profitable. What is added to this is the fact that the market for medium and large cargo trucks is a new alternative to the “dominance” that SUVs carry out in the domestic market.

We tested the turbodiesel version.

The first thing we notice when we enter the Fiat photo is that it is not a photo. If we did a “blind” test, everyone would say it’s an SUV. And inside the car, it seems to be an SUV, due to the comfort that the car brings. 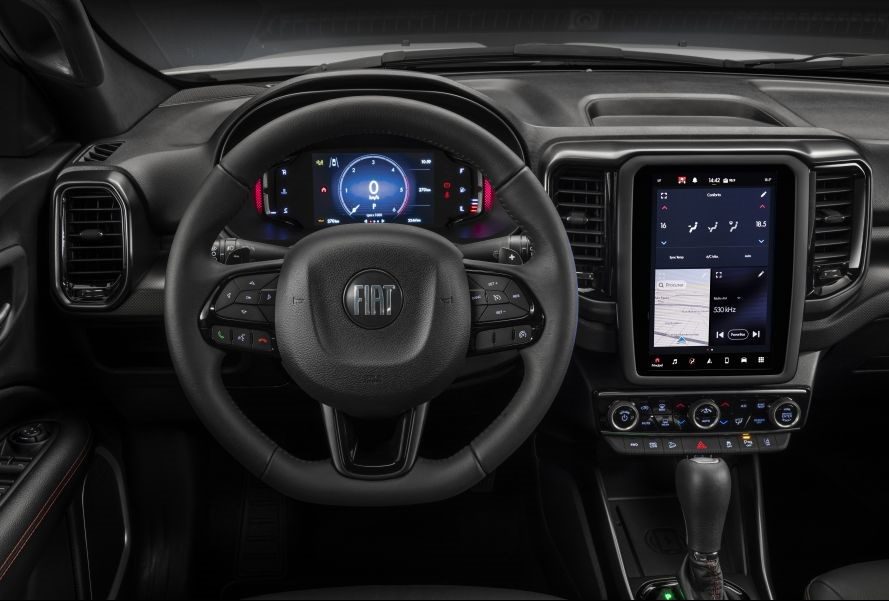 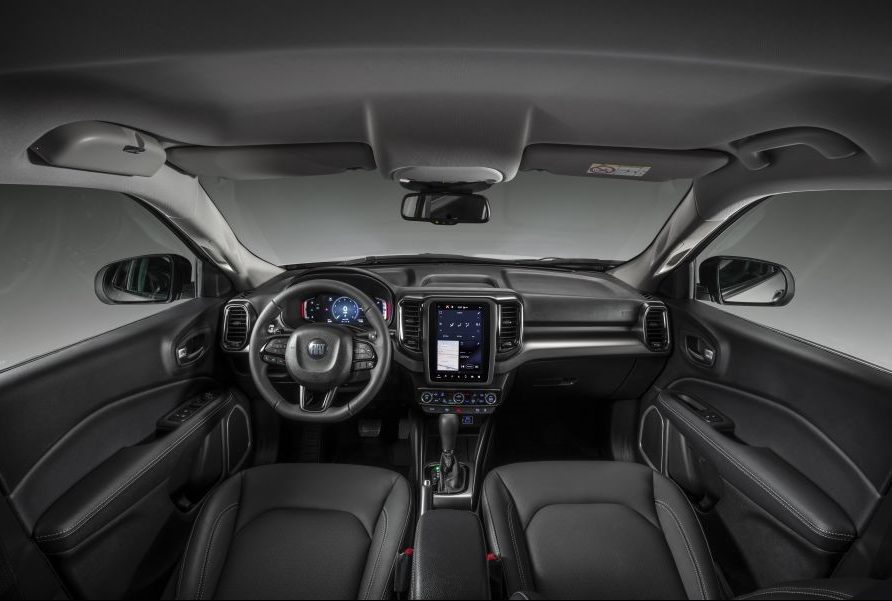 Our car was the version with a nine-speed automatic transmission, and amazing paddle shifters, which is amazing for people who have “legs of bricks”, like this poor student.

We also see a multimedia screen of more than 10 inches (almost a tablet), with all possible information.

And here comes the main attraction of the car: a safety package with things like forward collision alert, automatic emergency braking, lane departure warning and many more that are very important for a truck of this size.

The fun thing about riding in a midsize/large car almost disguised as an SUV is the space advantage in the trunk. Toro carries 820 liters against, for example, 476 liters of SUV Jeep Compass.

In addition, what surprised us was the consumption of the car, which, with us, averaged 13 km / l.

Another thing that attracts attention in the picture is his “face”. It doesn’t have a “face” like its competitors. From the front, it looks like a big SUV. And this can be a big advantage and the reason for the success of the Fiat car. 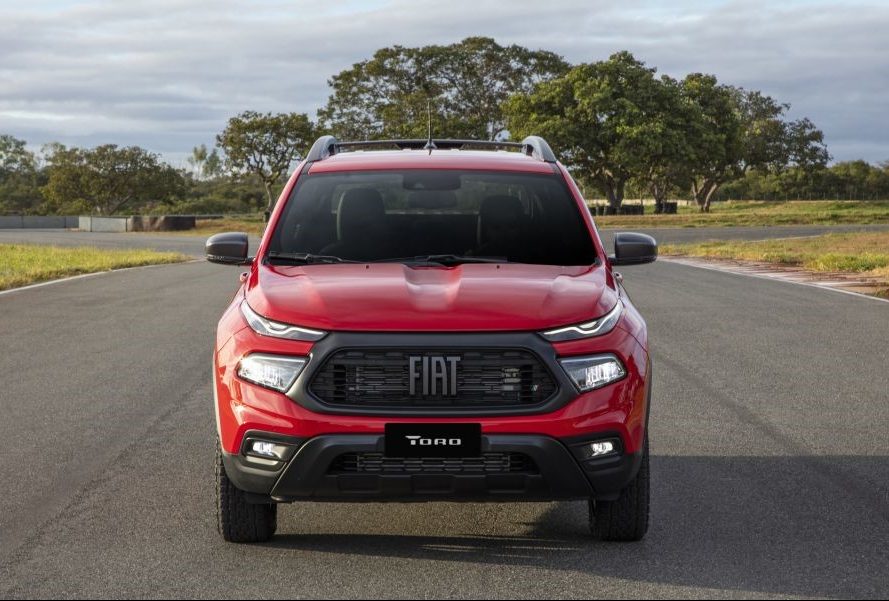 And what is the loss of the car?

So what do you think? If you have any questions, email me here.

Tesla enters the building at 110 km / h, the accident was recorded

Steiner: ‘Don’t expect much from Schumacher’