While ID.Buzz is on the starting blocks, with the launch announced on November 21, 2022, Ghislain Laffite, the new director of Volkswagen Commercial Vehicles, assesses the challenges that await him.

With more than 8,300 registrations at the end of August 2022, Volkswagen Commercial Vehicles France saw its volume drop (-20.3%) but took 0.3% of the market share, according to its scope. The director confirms the difficult period and the lack of production, but the amount expected in the coming months and 2023 will be high.

Read too : The Volkswagen.Buzz ID is finally a reality

For next year, the arrival of ID.Buzz partly explains the stated expectations. In fact, the French general staff estimates that it will be able to count 7,000 units in 2022 (2,500 light commercial vehicles and 4,500 passenger cars) before rising to 10,000 later. In both cases, the Cargo version, i.e. VUL, should occupy more than 1/3 of the volume.

If at the international level the brand has registered 13,700 orders for the ID.Buzz, in France the number of pre-orders has now reached 2,600 units since the presentation of all the technical characteristics of the model in March 2022. The sales team also works on a pool of 5,000 people who they are very interested in the model.

Read too : Volkswagen is moving towards agency contracts for the distribution of its electric range

This successor to the Combi will be the first model from Volkswagen Commercial Vehicles to be sold under a dealership contract. Contracts are signed with the network even if there are still a few points for improvement, especially in IT and VO.

The year 2023 will also mark the return of the Amarok pick-up. Designed and produced by Ford, this new generation will arrive in the spring, but the capacity will be limited because, at the moment, the model will only be available in a 5-person cabin, so it will not escape punishment. Discussions on the 4-seater LCV version are open for the seat. 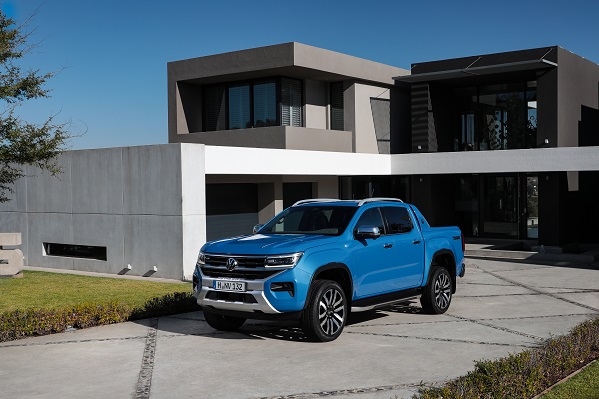 The Golf R “20 Years” is known as the fastest Volkswagen R of all time on the Nordschleife of the Nürburgring.

Sales of new cars have dropped, old opportunities have stalled