Story: An important link in the atmosphere, volunteers and supporters of the American Concarneau give the whole personality to Guy-Piriou.

“USC is my whole story, I went on the field since I was very young, my father played there, my two brothers Gilbert and Hervé played in the first team, I watched all their matches even when the team was in D3, 80s. I haven’t missed a match this year, at home, in the German Kop. It’s my breath of fresh air for a week, it makes me feel crazy, together, we laugh, we support, we talk about our week. .I have taken over the presidency of AS Melgven, during the season, Concarneau, obviously the club we are looking at., Which we would like to cross the line towards League 2. My best memory with USC? There But if I choose one, it will still be a trip to Croix.it’s a surprise for my birthday present.Everyone who was on the bus and on the field atakum remember all their lives, it was great and beautiful from beginning to end. “explains Carole Potin, a staunch supporter of USC and president of AS Melgven.

This testimony needs several others. On the volunteer side, too, the excitement is exciting, even Covid, and the sad, soulless matches of last season, with empty pitches (hygienic reasons) did not affect morale. “Volunteers are happy. Many clubs have found it difficult to re-launch, but they are also proud of the club, here, the volunteer has been strengthened, we still have requests, and everyone is back to normal.”notes Jacques Piriou, president of USC.

Near the ticket office, security, reception in blue and red squares, refreshments and treats take center stage, in every match. “When we left Covid, we quickly felt that people needed to gather. It came back as before. In fact, my fear was not to find all the volunteers. We had zero defects. People like a club. There is a whole atmosphere in front of a chip shop or bar. In a week there are a dozen of us preparing for the reception of the match. At the moment we should consider increasing the share, because the public is growing. Up to 2,500 spectators at the end of this season“, emphasizes Guy Jannez, a USC volunteer, estimated at 50 to 60, on match day.

At the chip shop, Daniel Bourhis (over 20 years of volunteering, in the same position) and Gaby Sonnic (from Pluherlin, Morbihan, the same town as the coach, Stéphane Le Mignan), are busy. Warm stroke, best at the end of the season. “Our match day does not start at 1:30 in the morning before the match but around 8am we meet at the stadium, we are going to get orders, now we are growing, there is not enough. We serve the club. From us we also feel matches, we feel important things, public There were a lot of people with the club playing roles to lead the Nation. FC Lorient, but he gets, here, another environment that they value “

Since his first license, in Concarneau USA, in minim / cadet to senior, Axel De Penaros has been loyal to Guy-Piriou, from the D3 of the 80s to the Nation today. “The coach who impressed me the most, in terms of value, was René Le Lamer (who excelled at Cuiseaux-Louhans (71) in D2, 80s). I’ve never seen a better team like this. It’s consistent, it’s a strong US Concarneau team that I saw 30 years ago. The opposite stand, now moved to the left side of the stand.Following the course of the French Cup, the cup cup turned out to be a championship. family clubs, which are slowly making their way into the professional world. Whether on the one hand with Bernard Kervarec or Pat rick Tudal (co-president of the Rams of Kemper) or Jacques Piriou (USC), management is very good. Concarneau in Ligue 2, it becomes consistent. Any club that has no goals is a bad thing. Frankly, no player wants to remain in the Nation. I have no doubt in the ability of Concarneau officials to raise funds for the plant. We should even apologize to any rising club to give them time to step up. “ 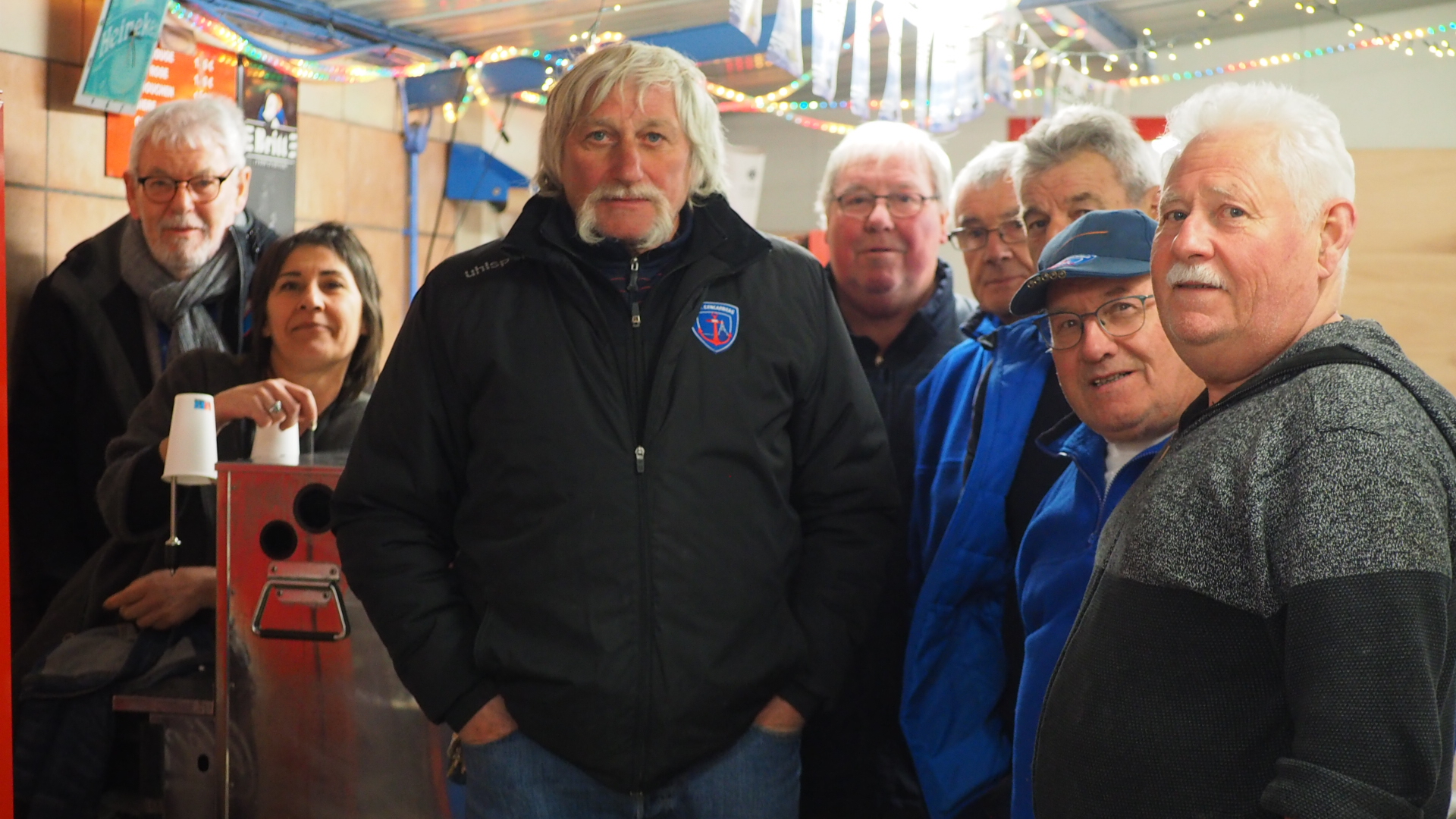 The president, like his friend, Carole Potin, of the American football club, Fouesnant, Isabelle Jourdain has the heart of Concarneau, her hometown (born in a closed town) and her home port. “I hope we go all the way. It’s good what they are doing this year. Concarneau is a city that deserves Ligue 2. Football goes on, it is a driving force. Most of my friends, from me. Generation, are club partners (140 companies in general support the club. ), we feel their passion and pride in helping the club. players, returning the ball when they lose the ball, that attracts me. I feel from my point of view, a great bond between them. Concarneau, is the lightest club of our department ” similar between Fouesnant and Concarneau. Our players go there naturally. Some even, I get Guy-Piriou, instead of our training session in Bréhoulou. “

This Monday, red and blue people will meet again in the cathedral to push the Tuna boats to have that extra spirit in the final race. The whole city, outside of Cornouaille, is looking forward to the end of this season with the excitement of the upcoming change that has never been witnessed for a tuna club. Growing up or not, this season will have revealed all the potential of the American Concarneau, to remain in the lead pack, despite the financial potential open under a big team, paid with a state of mind and a game better than the average of this Nation.

Series by Garage Nédelec, 11 car dealers in Finistère, a partner of Concarneau USA: