The official name is V.MOalthough he is treated with love by Flying Tiger. It is the first passenger plane that uses electricity for vertical take-off and landing, eVTOL, developed by Volkswagen Group China..

It started in 2020, the project now in the prototype phase is part of the strategy from the Chinese division of the German car maker which aims to explore new forms of sustainable personal mobilityas a solution to eliminate congestion and pollution, especially in big cities.

Because tomorrow’s sustainable mobility is not just about electric or hydrogen vehicles, Volkswagen Group China brought together a group of local experts who for about two years devoted themselves to research, concept development and engineering of the vertical mobility project..

The result is exemplary flying tiger, so named because of its black and gold exterior, chosen to commemorate its launch in the Year of the Tiger. Designed with consideration ready to drive autonomously with battery powered solutionsThis eVTOL was designed to carry up to four people and their luggage.

Find out about other eVTOL projects in development here

With a length of 11.2 meters and a wingspan of 10.6 meters, eVTOL V.MO is equipped with eight rotors which allows it to perform vertical removal, although it connects also two propellers for horizontal ascent. The Chinese division of Volkswagen says it is its innovative aircraft should have a distance of 200 km. 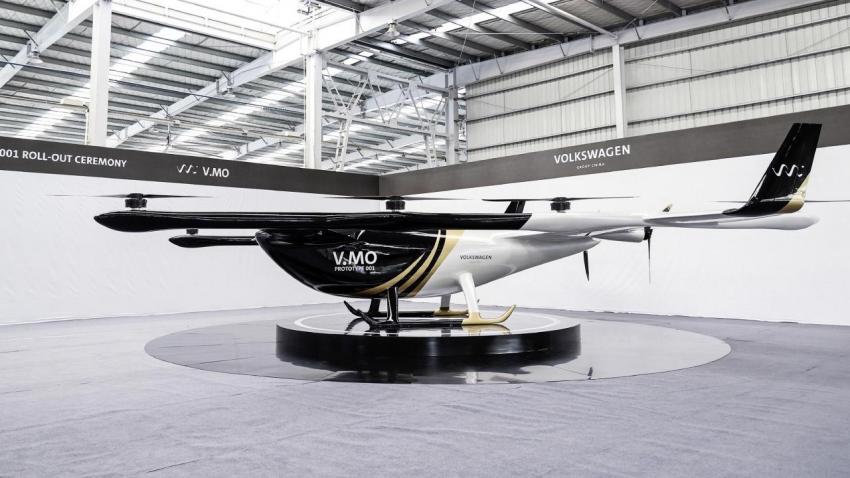 Aware of the rapid growth of the air mobility market, which aims to use the airspace for short and medium distance connections, the German-Chinese group will conduct several flight tests at the end of this year to improve the concept.

The project’s development schedule calls for an improved version of the V.MO model to undergo comprehensive and extensive testing by the end of the summer of 2023.