The Volkswagen Group has announced an investment of 250 million US dollars in Argentina in the period 2022-2026. The amount will be used to repair the Amarok pickup, which is produced at the General Pacheco factory, to start assembling Ducati motorcycles in Córdoba and for the local production project of Taos SUV parts. 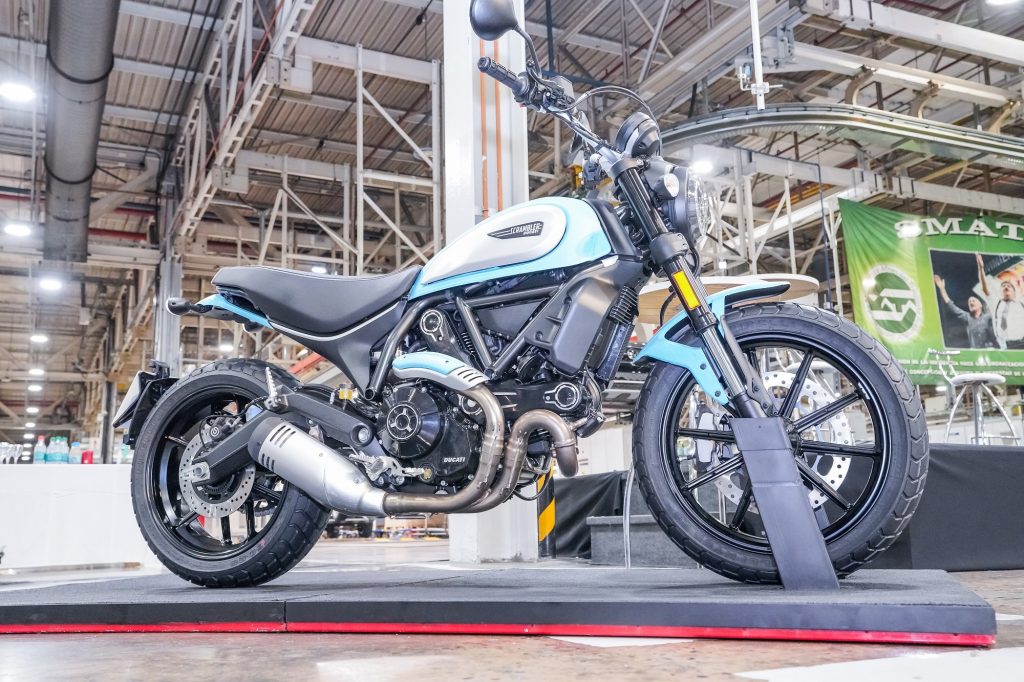 In recent years, the VW Group has invested more than 1 billion US dollars in the country, which has allowed the improvement of the technology and infrastructure of its production plants and a new paint factory with unique technology in Argentina.

Thanks to the new investment, the Amarok will undergo changes in design, safety and technology. The pickup has been produced by Volkswagen for more than 10 years at the Pacheco Industrial Center, which was chosen from 60 production units worldwide to create the brand’s first image on a global scale.

Currently, more than 600 thousand Amarok units have already been produced, making it the car with the largest number of units produced in Pacheco.

Also with this investment, the VW Argentina Group will start assembling Ducati motorcycles in the industrial unit of Córdoba, being the first subsidiary of the Volkswagen Group in the world to produce motorcycles.

An example The iconic Ducati Scrambler it will enter the assembly line at the end of this year, and will be scheduled to supply the domestic market.

The Volkswagen Group Argentina is in the process of transformation due to the implementation of the previously announced financial contributions, of more than 1 billion dollars, for the modernization of its two industrial centers in the country and for the renewal of its products, obviously. focus on exports.

In general Pacheco, the new international platform MQB A is already producing a new SUV VW Taos. In the industrial center, a water-based paint factory was launched, the first and only factory in Argentina to have Primerless+ technology – which allows to save an average of 80% in water and energy consumption and to significantly reduce particle production.

Thanks to the new resources, the VW Argentina Group will continue to develop the local industry with the ambitious Taos production project, which promotes the local content of the segment and is more committed to the entire value chain.

“All this means a technological leap in terms of products and the production process that gives more flexibility to the production of new models, which will ensure the sustainability of our factories for years to come”, says Volkswagen in a note.

“Argentina is an important pillar for Volkswagen Latin America and, with this new investment, we will continue to strengthen our brand in the region, and the models will increasingly adapt to the needs of our customers”, says Pablo Di Si, executive chairman of Volkswagen Latin. America..

“To establish the assembly of Ducati motorcycles in Córdoba is a great pleasure, as the Volkswagen Group Argentina will be the first subsidiary of the VW Group in the world to do so”, celebrates the executive.

To officially formalize the new investment, the Volkswagen Argentina Group held an event in the industrial center in Córdoba, where the Secretary of Industry, Knowledge Economy and Foreign Trade Management of the country, Ariel Schale, the ambassador of Argentina in Brazil, Daniel Scioli, Germany. Argentina, Ulrich Sante, among others.

The authorities were received by Chairman Di Si and Thomas Owsianski, president and CEO of the Volkswagen Argentina Group.

“It is a pride to see the growth and commitment of the Volkswagen Group to Argentina. We have implemented several projects announced in recent years, which involved investments in the order of US＄ 1 billion in the country: improving infrastructure and technology in our industrial centers, production and transportation of the new MQ281 shipping box in the country. Córdoba; the new paint shop: the start of production and shipping of the new Taos SUV in Pacheco, and the new Logistic Center in Fátima”, announced Owsianski at the time.

“Renovation of our unique Amarok image that has been very successful in Argentina and throughout the region; the Ducati meeting in Córdoba, the development of the value chain and the Taos localization project – all this is the result of the great effort of our work team and a reflection of the commitment we have had in production, exports and employment in these 41. years which we have been in Argentina”, said the executive.

New Cadillac Lyriq: Americans know how to make electric cars that are cool and luxurious

Ferrari is confident it has reduced Red Bull’s speed advantage

a little better but for how long?