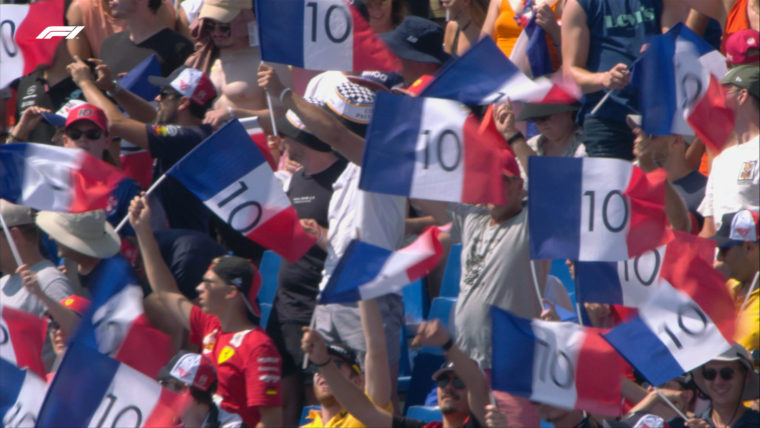 The Summer Race had all the elements to celebrate: a holiday for many French people, sun, pilots and a blue-white-red team. But unfortunately the 2022 French Grand Prix felt like the last, and for good reason. Rumors circulating in the doctor recently indicate the exclusion of the 2023 calendar of the French event in favor of other meetings. 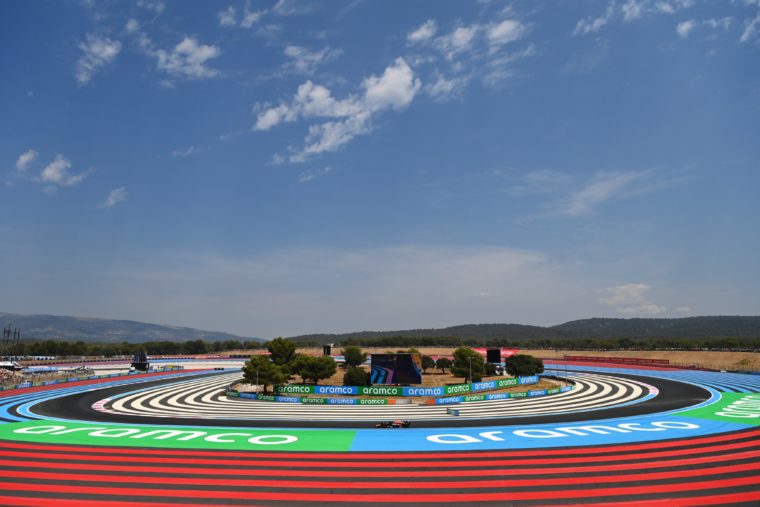 Most F1 players are not very supportive of Circuit Paul Ricard. The Var route faces its transformation into a test track with these abrasive paint lines that disturb the eyes of motorcycle lovers. Meanwhile, the Spa-Francorchamps circuit, also threatened, is more sustainable. Right or wrong. However, the Grand Prix de France is not buried. If the concept of a test in the streets of Nice has been mentioned by the boss of F1, Stefano Domenicali, this possibility is gone. Priority is given to maintaining the French event at Paul Ricard.

Overall in the three GP Free Practice sessions, the Ferraris seem to be the most competitive but Verstappen is also in the game, setting the fastest time of the previous session.

Unfortunately for Ferrari, if his seats are competitive, Sainz will start far on the grid, incurring a penalty for changing engine components. It will start from the bottom of the grid.

Qualifying: Ferrari as a good strategist!

The qualifying session opens for Gasly, a sign of the host who wanted to be first on the track? The French have a mixed season. In addition to his best season, the AlphaTauri 2022 edition is not the best and Norman also suffered from strategic mistakes (mainly qualifying). In addition, he was often involved in fights that forced him to retire or finish in the last places (only 3 times in the score).

Unfortunately, France is not smiling on him either. Gasly did not improve his time, mainly due to Albon’s yellow flag. Other drivers improved and Gasly found himself at the limit. Finally, the participation of Magnussen and Sainz in qualifying (despite their guarantee of starting at the back of the grid) played a fatal blow to the French driver, who entered the red zone, equivalent to elimination. Leclerc sets the best time of the session at 1:31.727 ahead of Verstappen and Sainz.

During Q2, Sainz, although guaranteed to start from the last row, signs a stratospheric lap in 1:31.081, almost a second ahead of Verstappen, once again. Magnussen, also penalized, set the 8th fastest time which allowed him to qualify.

In the case of Mercedes, which brought a large package of reforms, we make a little soup and grimace. The Silver Arrows stayed clear of Red Bull and Ferrari and were even outside the Q2 qualifying zone before improving on the final lap of the jump.

A second disappointment for the French clan with the elimination of Ocon, 12th on the grid, while his teammate Alonso reached the 5th fastest time of the session.

If we were wondering what Sainz’s qualifying experience in Q3 might be, Ferrari will quickly make us understand. On the fast track, Sainz and Leclerc come out of the group fire. During the exit lap, we understand that the two drivers do not want to be separated.

Because. The Spaniard, cursed, will take the role of the team model to give Leclerc every chance. Sainz then makes a wish in the second part of the Mistral straight and in the edge of the Sign before deviating towards the Beausset double straight. It works on the first lap of the pilots as Leclerc is first by … 0.008 seconds ahead of Verstappen!

The Ferrari driver will start in front of two Red Bulls and two Mercedes! It is the 16th place of the Monegasque, who becomes the third best politician of the Scuderia. 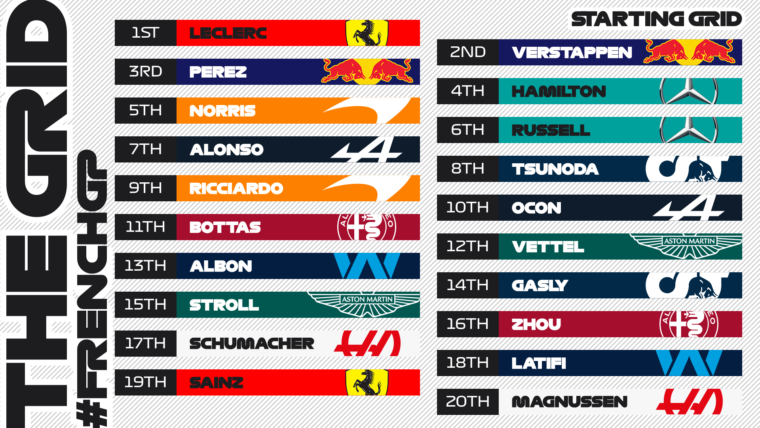 It is under the warmth of the Mediterranean Sea that the drivers will go to the 2022 French Grand Prix, Leclerc on pole. With the lights out, Leclerc maintains his lead over Verstappen. Behind, Pérez starts a little better and it’s Hamilton who benefits. Alonso also got off to a good start, putting him 5th at the first corner. This time the pilots do not take advantage of the width of the track provided by the abrasive pieces, as was the case in previous versions. The beginning is also quiet.

It is in chicane Nord where things get more difficult. Ocon, who is trying to eliminate Tsunoda, touches him and sends the Japanese spinning. No visible damage to Alpine, but the Frenchman is found at fault and receives a 5 second penalty.

Leclerc dominates and remains in the lead but Verstappen is not far behind, in the DRS zone and stuck to the start of Beausset’s double right with a few laps to go. Meanwhile, Perez is in pursuit of Hamilton. Leclerc and Hamilton resist attacks from Red Bull.

In the 16th round of this 2022 French Grand Prix, Verstappen will stop wearing hard tires and go to the end of the Grand Prix. The idea is also to force Leclerc to anticipate his pit stops. Leclerc remains on track, still has pace with the pioneers. Until the 18th round.

On the 18th lap, Leclerc lost the back of his Ferrari at Beausset on the right double and ended his race on the tire wall, while he was leading the race. The security car has left. The Monegasque is furious on the radio, but seems to blame himself more than his team.

Drivers who have not yet stopped take the opportunity to throw themselves into the pits. Sainz, who was on a modified strategy does the same. Ferrari doesn’t want to waste time with its last car on the track. Shida, he let go of the Spaniard too quickly and Latifi, who was crossing the pit lane, had to swerve and hit the brakes. Sainz is penalized 5 seconds for “unsafe release”.

The French doctor restarts at the end of the 20th lap, Verstappen ahead of Hamilton, Perez, Russel and Alonso. Immediately, Sainz began his ascent, in 8th place on the restart, the Spaniard quickly took the two McLarens, then the Alpine from lap 22. Indeed, Sainz is on a strategy that is completely incompatible with the rest of the grid, he who started hard. So no55 had to change to more capable means, but with a shorter life span than solid tires.

On lap 30, an open Sainz began to pass Russell on the outside at the Signes curve. Eleven laps later, he attacked Perez’s Red Bull in the same manner as the Mercedes. The Mexican is more stable in his defense, for a limited reason. Ferrari called him back to the pits to put on new tyres. “Not now! Not now!” cup of Sanz. The Ferrari driver did not surrender and managed to pass between the lake bend and the Perez bridge bend, and also benefited from DRS to defend himself on the straight.

A lap later, on lap 42, the battle began between Perez and Russell. The Mercedes driver came back and tried to pass on the inside at the start of the North chicane, but did not leave enough room for Perez. So the Mexican decided to go around the chicane for a short time without going through the gap and even came back for a few minutes in front of Sainz who passed him, before stopping immediately. Russell is furious and demands that Perez be punished. Wolff himself adjusted his driver to find 3rd place on the track.

Ten laps from the end, Sainz, despite his performance, was called back by his team to fit a new set of medium tyres. Ferrari feared that the current tyres, installed at the end of lap 18, would not go at all. The Spaniard starts in 9th place behind Ocon but holds 2.5 seconds per lap per man. 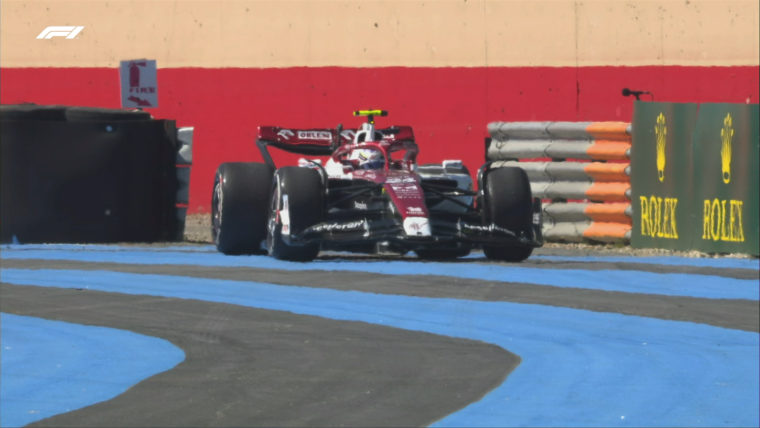 In the 49th lap, Zhou stopped on the abrasive pieces to retire. An online security vehicle has been used. But the “END” of the virtual safety car takes a moment to fade out to signal the restart of the race. During the restart, Russell, clinging to Perez, surprises him at the bend in the lake and passes in front of the Mexican. If he stays close, Perez cannot answer, despite DRS.

Verstappen wins the 2022 French Grand Prix ahead of Hamilton and Russell’s Mercedes and widens the gap to Leclerc in the drivers’ standings.

As Jaguar and Land Rover cough, Tata catches a cold