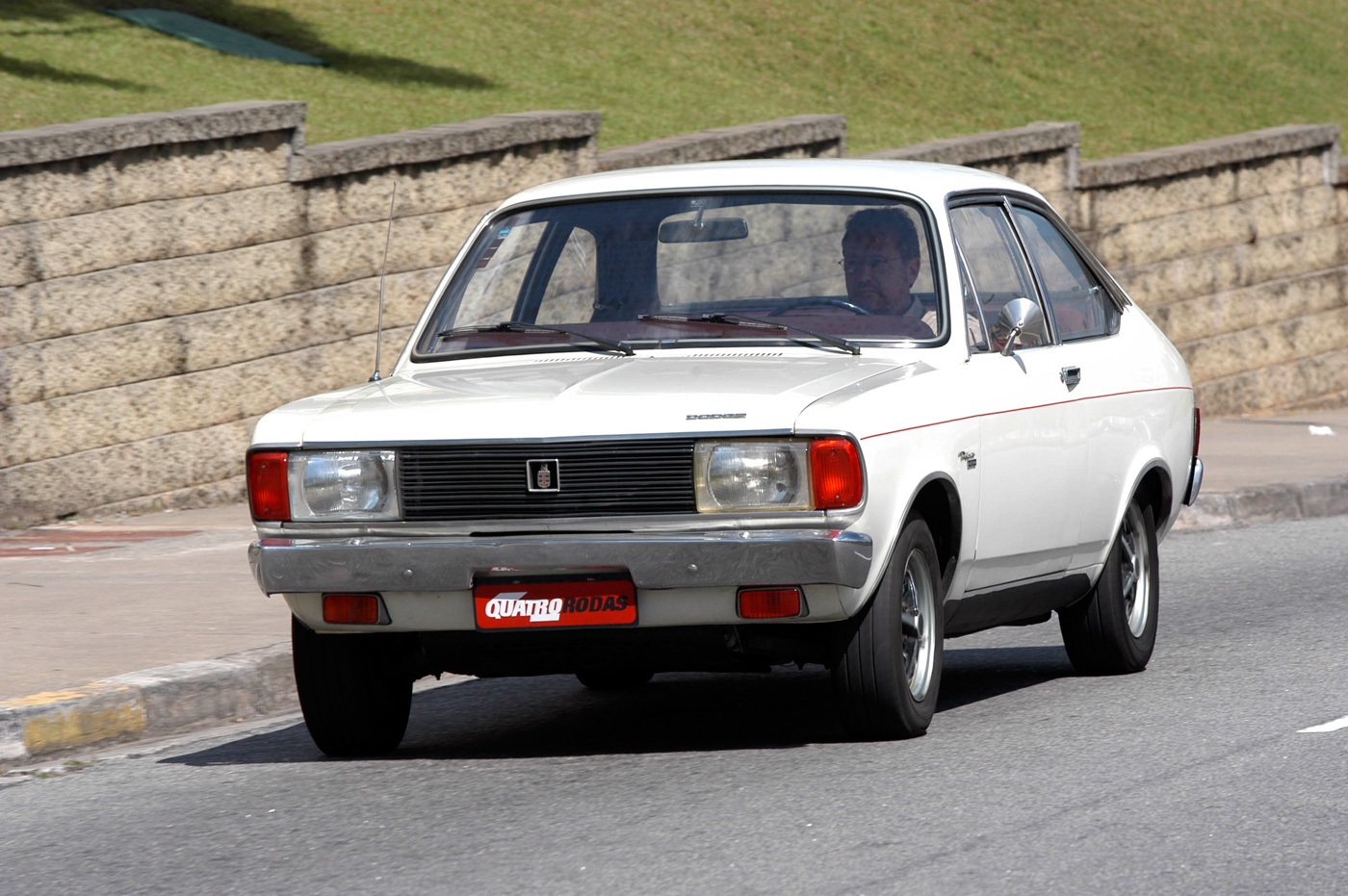 In the early 1970s, Dodge Darts and Chargers shone Chrysler’s star. But that was not enough. The factory needed was a mid-size car, to increase sales volume.

The solution was found in England and was called the Hilmann Avenger. The new four-door was already emerging as a success and was brought to serve as our base, with significant and unique modifications. It would be offered for two doors, a national privilege. And it would get a 1,800 cm3 “motorzão” – in Europe and Argentina it was offered with 1,250 and 1,500 cm3 engines – as a way to compensate for the low compression set by our gasoline.

Dubbed the Dodge 1800, it was introduced in late 1972 and was, at least in theory, doomed. After all, no other car in the category had so many features: spare engine, “bigger inside than outside” size, unprecedented safety solutions, generous trunk and current design. And all went wrong?

The first dodginhos were disappointing, they did not perform as expected. In the spa nutrition regimen provided by the Solex 32 carburetor, Dodginho took an eternal 20.3 seconds from 0 to 100 km / h. 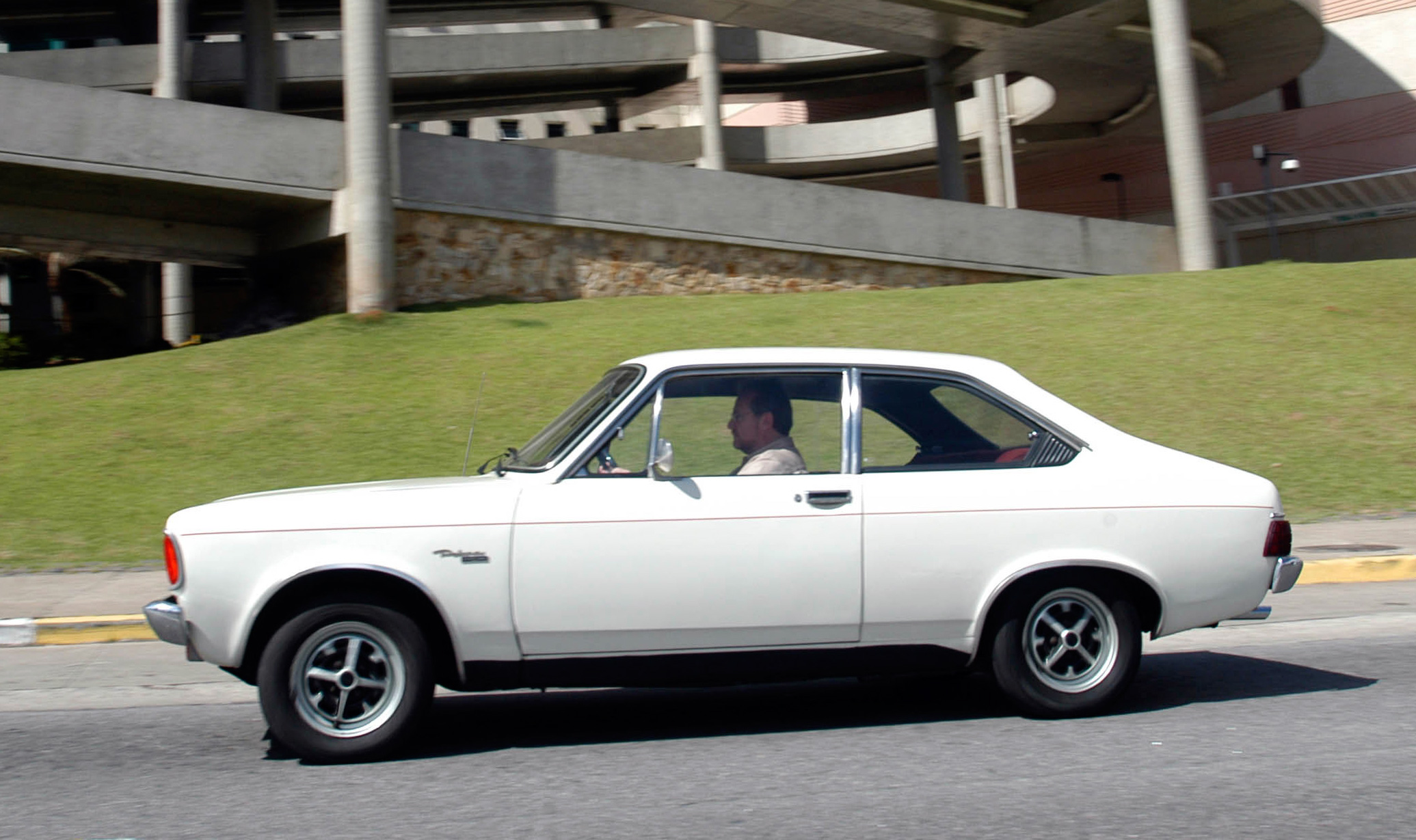 See what MA4WHEELS said, in the first test of the 1800: “On the road, you can easily overtake the Fuscão. But things become more difficult if the ‘rival’ is a Corcel with a 1400 engine or a TL (VW model with a 1600 engine)”. The error was discovered by Chrysler, which replaced the villain with a Lucas carburetor, quickly succeeded by the Japanese Hitachi.

These changes resulted in improved performance for the 1974 model. That year the SE, a youth-oriented version, would be introduced. It had special wheels and colors, with the side pieces, grille, mirror frames, headlights and taillights painted in matte black. Inside, a sports steering wheel and black-and-white upholstery. Simple and friendly.

But it would be unfair to attribute Dodginho’s problems only to his laziness. In an account of the first 30,000 km test run with the model (February 1974 issue), a scary passage gives an idea of ​​what the early days of the Dodge 1800 were like. 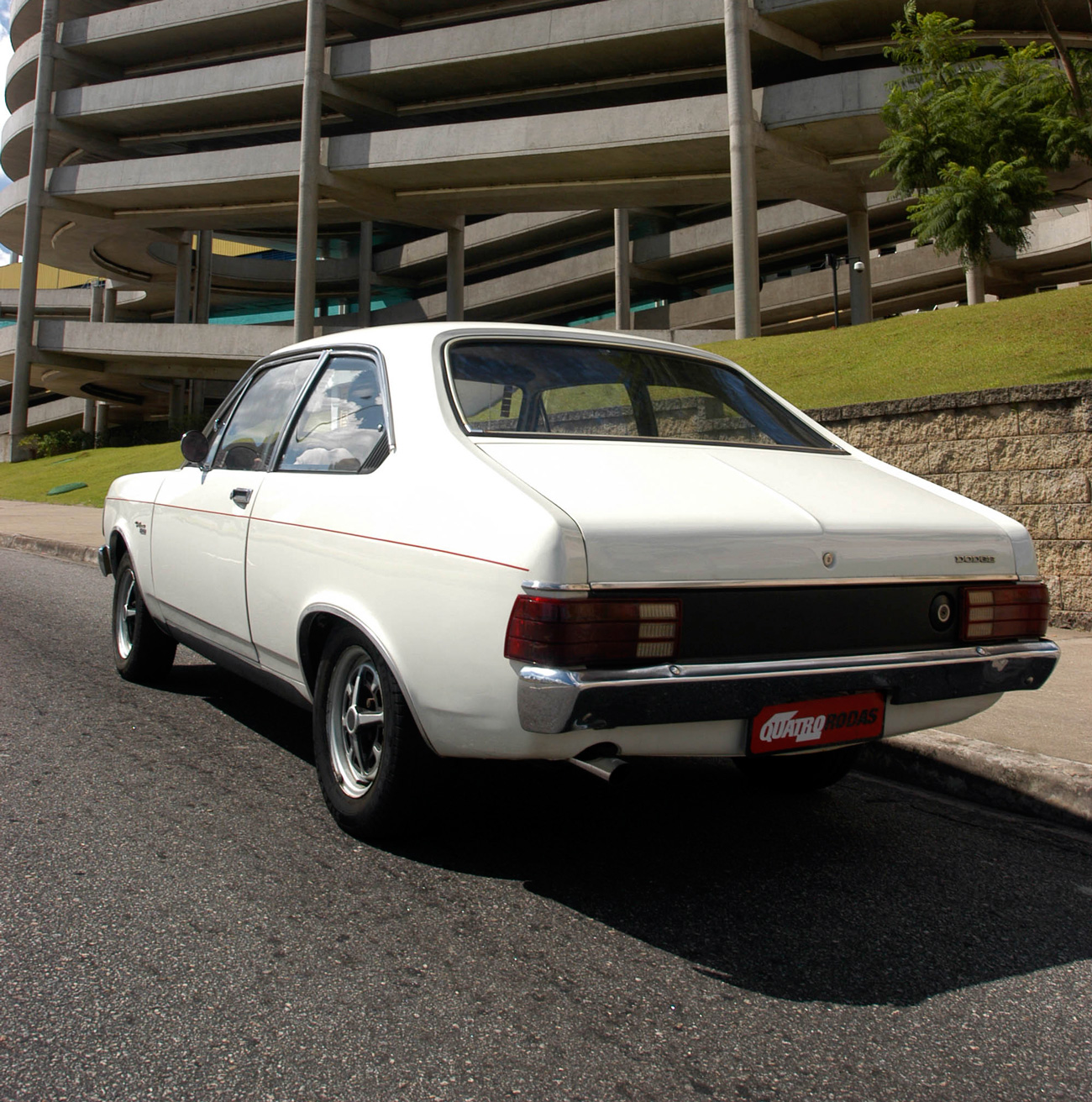 After going through the first service, the gear lever broke, finding the gear locked in the second gear. The journalist took the car and brought it into the sales room of a São Paulo businessman, who refused to accept it claiming that it had been bought from another dealer.

After insisting with the manager, the reporter arranged for the car to go to the repair shop. But what, if it was not possible to drive without changing in reverse? Under the protest, the sellers pushed Dodginho, worried about wearing pictures (of themselves and of the car) in front of any customers present.

During the test, the lever would break three more times. In emergency braking, the car even raised the rear wheels. The packaging was water and dust permeable and the internal ventilation was breathable. Service in the dealer network followed the same (low) standard. However, Dodginho was not just wrong: it was beautiful, quiet, had precise steering, smooth running and good stability. 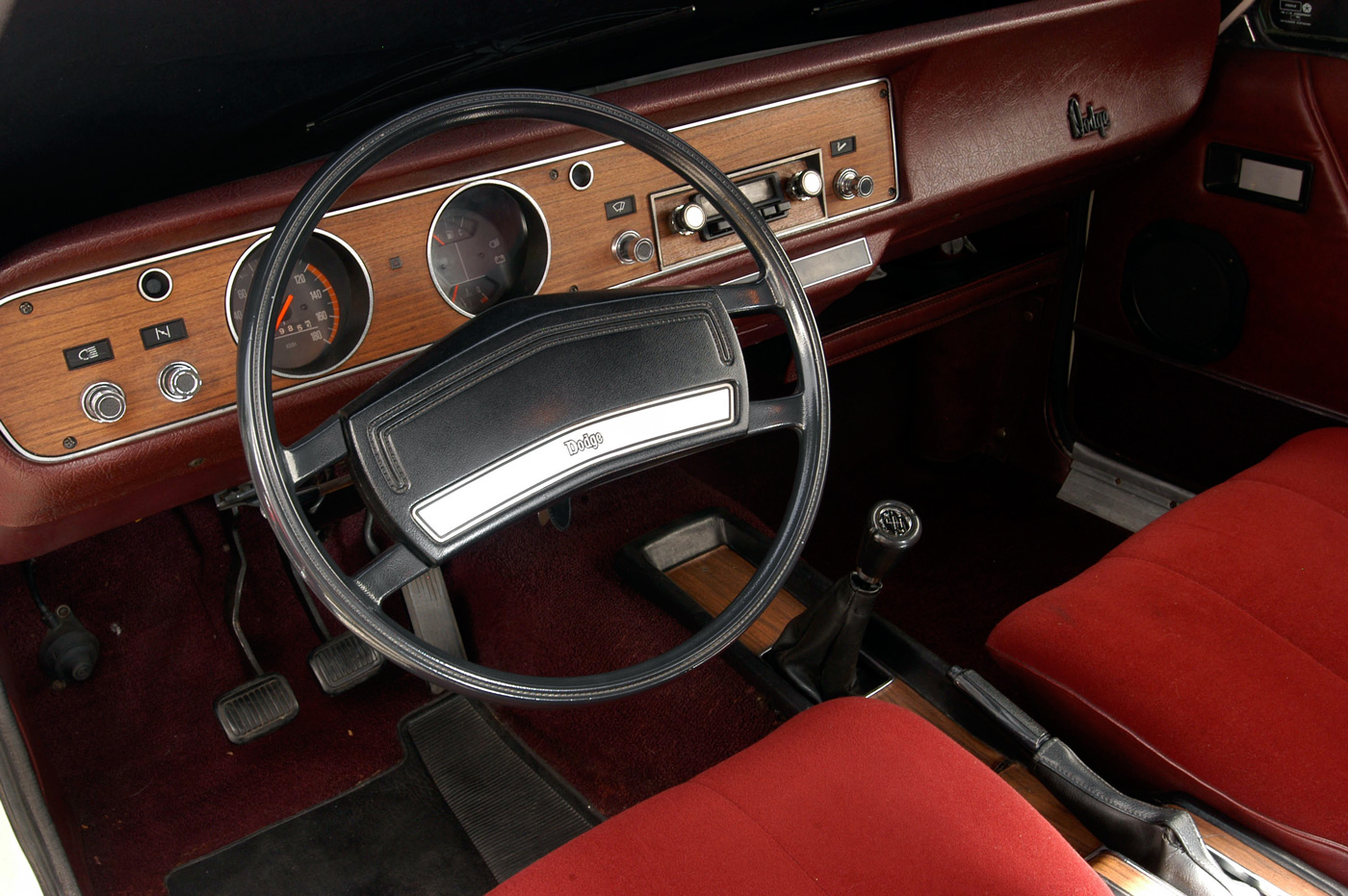 Lack of characteristics to prevent the tamarin from being reduced in the 1800s. Therefore, time to provide technical improvements. Chrysler took two steps: it admitted the defect and invested a good amount in a “full warranty” program. But the improvement proved to be only cosmetic in the face of the renewal that would lead to the model of 1976. The name Polara, the “new” car came to erase immediately and in the past that accused Dodginho.

The engine, with a power of 85 horses, began to justify its transfer and presented a pleasant behavior. At this stage of evolution the engine finally got an English SU carburettor. And it began to work with a high compression ratio, a large diameter of the exhaust valves and modifications in the head and multiple exhaust channels. With that he won 10 horses. 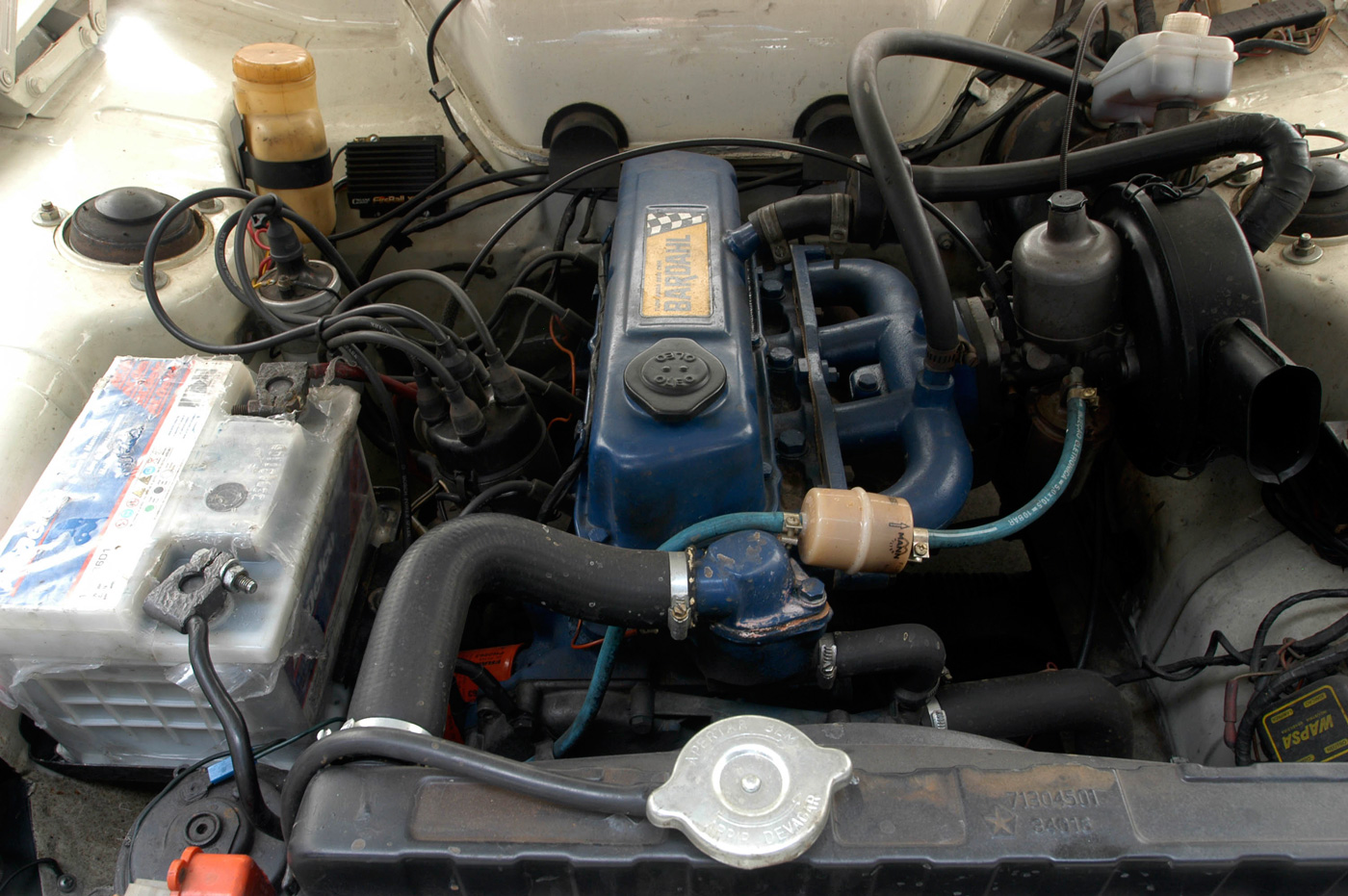 In the acceleration test, Polara dropped no less than 6 seconds from the first test mark from 0 to 100 km / h and 1800 launch. And it reached 160 km / h. All this without a huge increase in spending. The suspension was revised and the long-awaited options arrived: brake boosters and radial tires. A series of technical problems disappeared, as did poor service at dealerships. And so Polara established itself as a tough and reliable car.

The 1978 model got a visual change. The four round lights gave way to the rectangular ones and Polara got new lights, as shown in the photos of Polara by collector Fábio Steinbruch, which you can see in the pictures.

In 1979, already with Chrysler under the command of Volkswagen of Germany, it was modernized with the comfort of a four-speed automatic transmission. And the following year the GLS version came out, more powerful (90 horses), with a more sporty style and by right a very complete exterior panel, which included an oil pressure gauge and a voltmeter.

The good times of the Polara era did not last. Small sales of six to ten Darts per month did not convince the parent company to keep the Chrysler line of cars in Brazil. By this time, 92,665 Dodginhos had been produced and all the resources of the division were directed to the production of trucks with the VW logo.

Dodge orders final V8 Hellcat in 2023 to focus on electrics.

Grandes Brasileiros: The Chrysler Esplanada GTX was a sporty — and expensive — sedan

Citroen records the best sales result of the decade – Prisma

Will Tamar be killed in Genesis? Look what happens to the widow