This Friday, September 9, after all the paddocks and the Grand Prix paid their respects to Queen Elisabeth II who died the day before and after observing a minute’s silence, the first free practice session that followed, gave its verdict! 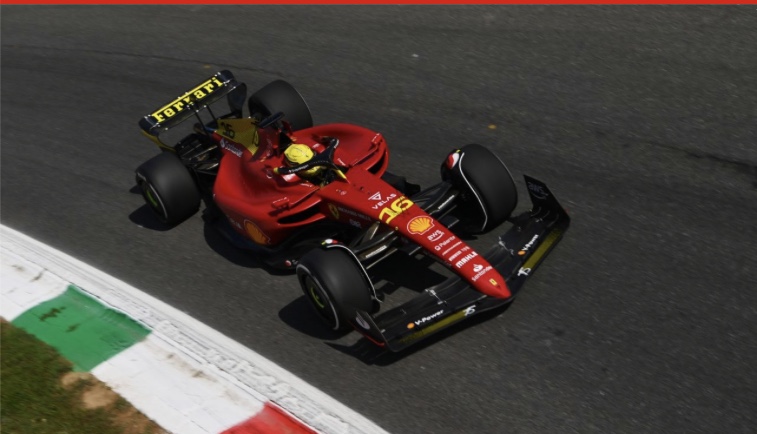 And they were two ‘Rosso for once a little yellow who in front of their public, archi-motivation tifosi who, at home in the temple of speed, has been seen to be faster.

Charles Leclerc actually led the Ferrari one-two in the first practice session for the Italian Grand Prix this weekend, leading the time table ahead of team-mate Carlos Sainz Jr and the Mercedes drivers. 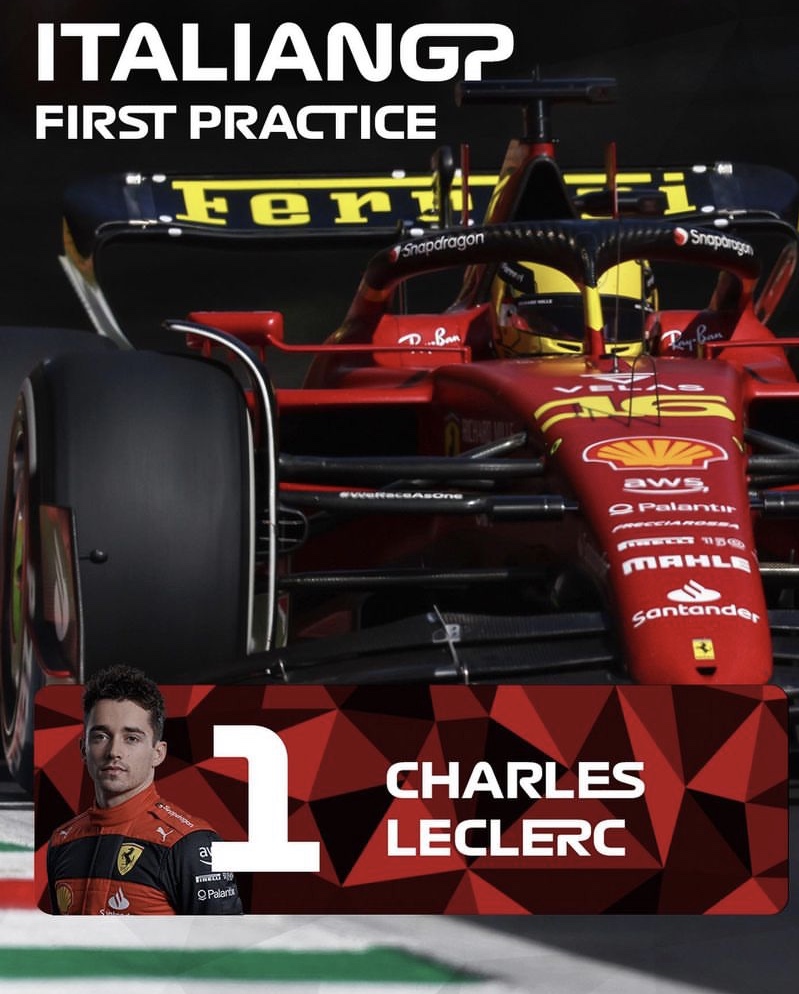 Leclerc has set the benchmark for 1’22.410, on soft tires to get ahead of his fellow Spaniard 0.077 together with the young Briton George Russell to complete the top three, just below three tenths slower than Monegasque. 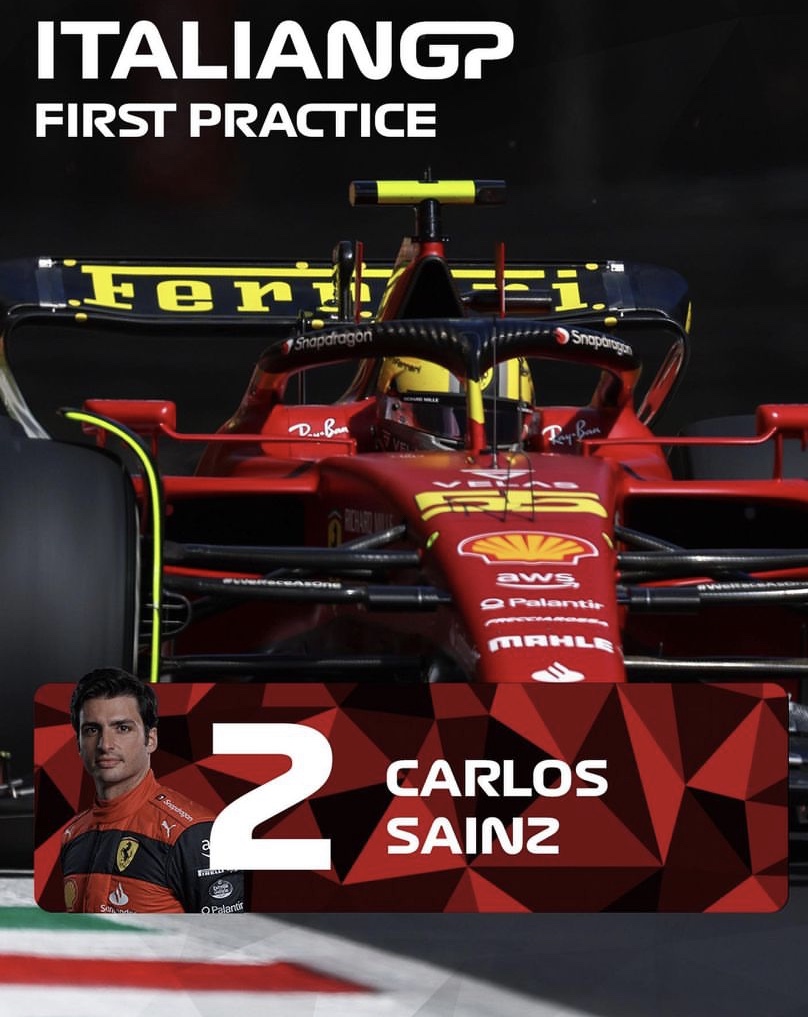 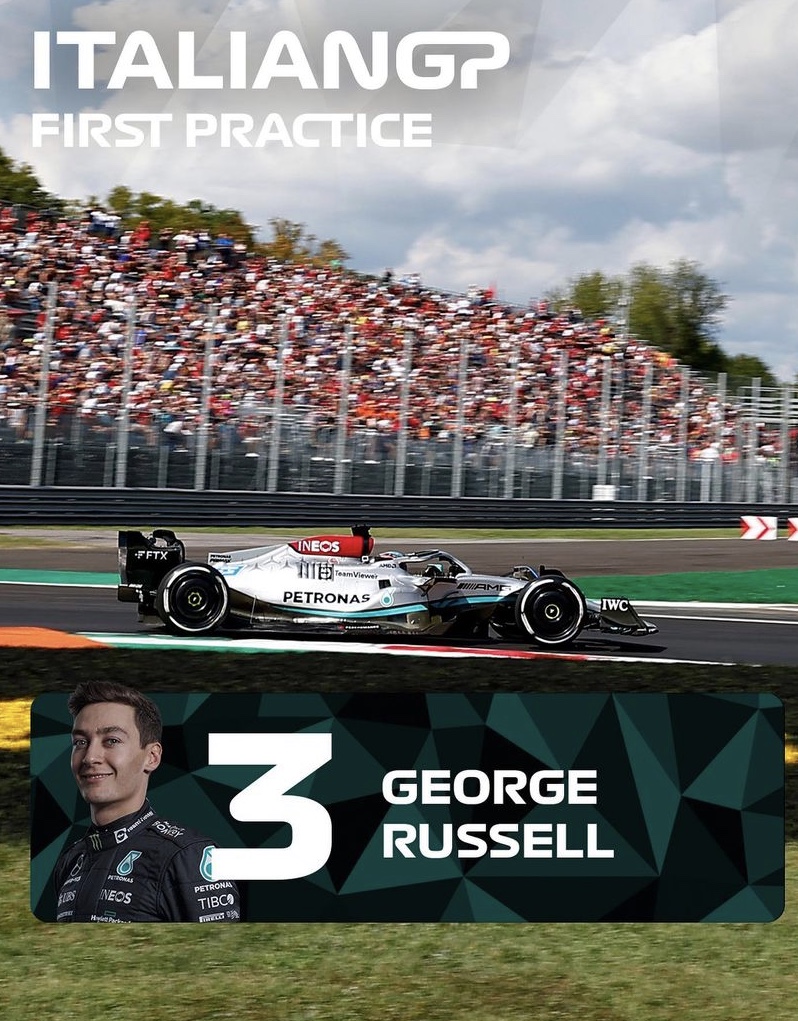 Lewis Hamilton who receives a penalty and will start at the back of the grid at Monza for an engine change (see link) was the fourth fastest, the tenth part behind each other.

But not only the Mercedes driver will be ‘punished’ because the Spaniard will however have fifteen grid positions due to the replacement of parts of the power unit and gearbox.

In addition, Hamilton, Sainz Jr will not be the only ones because Valtteri Bottas and Yuki Tsunoda also receive penalties. Like the two Red Bull drivers who will also be punished: Max Verstappen will pay five places on the grid, Sergio Perez ten!

We wrote it yesterday, it becomes rude and ironic in a profession that is supposed to be more efficient and prestigious!!!

Max Verstappen was fifth fastest although the Dutchman was slowed on his fast Parabolica lap by Lando Norris forcing him to abandon his attempt in the final sector of his fast lap. The Red Bull driver was however seconds faster than the peloton on the hard tire

Esteban Ocon was sixth fastest in the session, just ahead of Alpine team-mate Fernando Alonso in P7.

Yuki Tsunoda and Valtteri Bottas finished eighth and ninth respectively for AlphaTauri and Alfa Romeo, with both drivers also expected to pick up grid penalties for Sunday’s race. 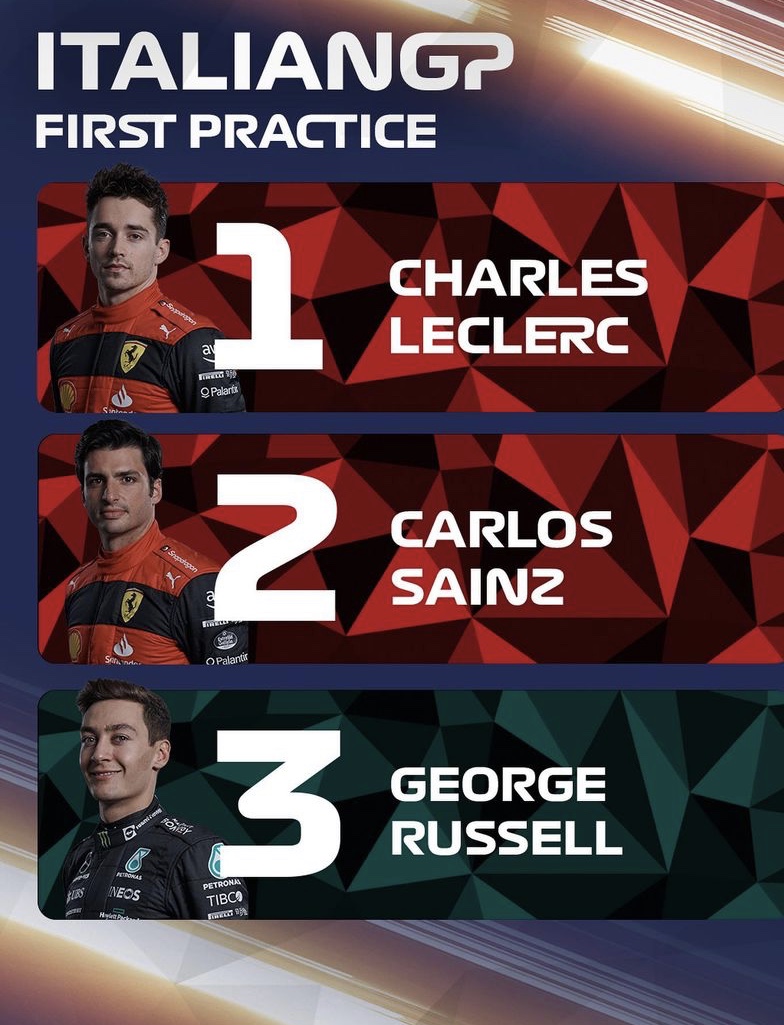 OUR ARTICLE ON THE PUNISHMENT OF LEWIS HAMILTON

HAMILTON OFFERED FOR ENGINE CHANGE … WILL LEAVE THE BACKGROUND AT MONZA!

Mercedes reveals missing parts after crash: ‘We might not compete’ – Formula 1 News

the French manufacturer that reinvents the sports car!