Almost 72 years to the day after the first Combi, Volkswagen has officially launched the ID. Buzz. Orders for passenger transport and Cargo offers will open in May 2022, with the first deliveries in the second half.

“The story is back“. All Volkswagen employees had only this phrase in their mouths during the presentation of the world ID. Therefore, Volkswagen and Volkswagen Utilitaires have chosen March 9, 2022 to open a new page of the story that began on March 8, 1950. 72 years ago!

Identification. So the Buzz will hit the road at the end of the year in Europe. Orders are expected to open in May with the first shipments to “second term“. The brand did not want to give an exact date in view of the current supply problems following the conflict in Ukraine which is already hampering some production. The new Combi is produced at the factory in Hanover, Germany. The French subsidiary has not given any indication of the price either. The teams are doing work hard to get enough funding for an unusual and innovative product.

Read too : Volkswagen Group France in order to work for 2022

Still, ID.Buzz will start a new life in passenger transport, therefore in passenger cars, and in Cargo for the corporate branch. Volkswagen Commercial Vehicles France expects 10,000 units throughout the year, 80% of which will be passenger vehicles and 20% utility vehicles. This Cargo version, which will be available in 2 and 3 sections, has a loading volume of 3.9 m3 and can accommodate two Euro pallets. Its weight is 650 kg and it can be fitted with two side doors. It is enough to target companies involved in last-mile transportation, but not only because the ID.Buzz Cargo will have greater autonomy than the current vehicles on the market. 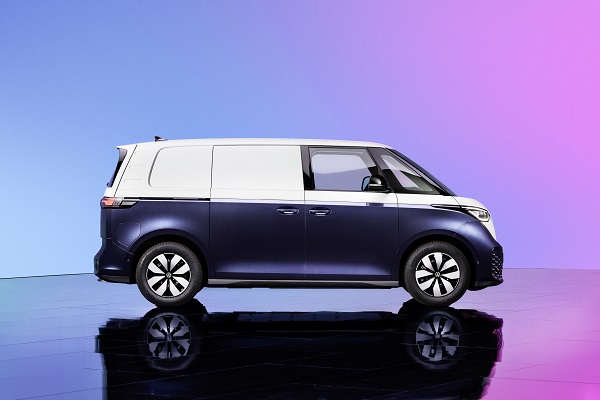 In the technical aspect, there are no surprises. The ID.Buzz, based on the VW Group’s MEB platform, will be available for the first time with a 150 kW (204 hp and 310 Nm torque) engine mounted on the rear axle and a battery with a net capacity of 77 kWh. The maximum speed is limited to 145 km / h.

The manufacturer has not yet revealed the range (because approval is in progress) but we can expect a range of 420 to 450 km. Regarding recharging, ID.Buzz accepts up to 11 kW in alternating current but mainly up to 170 kW in direct current, enough to recover 80% of autonomy in 30 minutes. 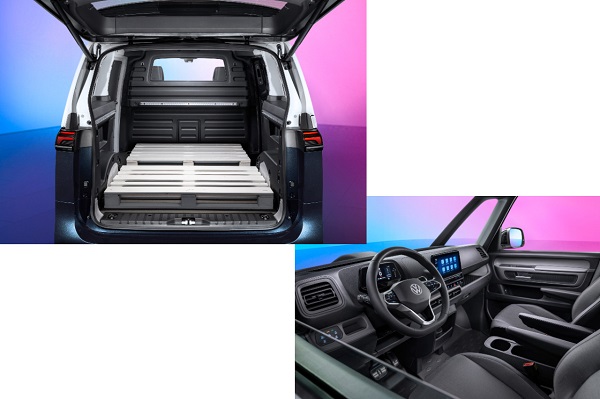 Later, Volkswagen will offer, like the ID range, other power levels and battery capacities. A long-wheelbase track is also on the agenda, especially in the US where the ID.Buzz, in passenger transport version only, will arrive in 2023 for sale in 2024. At the launch in Europe, the new Combi will be offered with a shorter wheelbase of about a meter 3.

this”a story“It will be sold in two networks of the German brand, which are Volkswagen VP and Volkswagen commercial vehicles. In theory, VP distributors will only sell the VP version and LCV distributors both versions. However, in practice, this is not a shame because the same investors hide behind almost all of these two networks. But the electric car is compelling, these sales will be made under the agency contract that the Volkswagen group is currently negotiating for all its electric sales.