Audi introduced a petrol-electric hybrid system to the A8 this year, making its flagship sedan even more energy efficient, with an average petrol consumption of 40km/l. However, it retains a discreet and impersonal approach that sets it apart from its attractive rivals the BMW 7 Series and Mercedes-Benz S-Class. 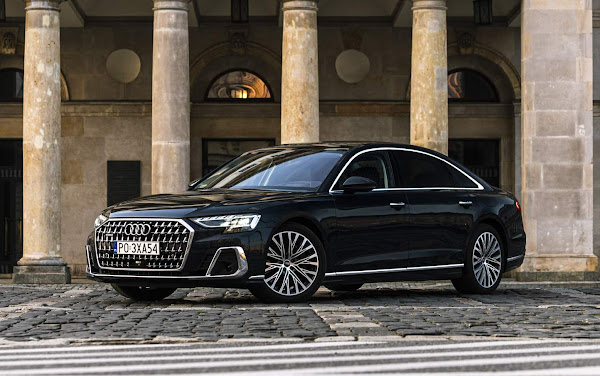 Audi A8L 60 TFSI and four is the first PHEV model in the car series. Currently, this powertrain will be the first to be installed on long-axle models, but it will be introduced on general models in the near future, providing a more comfortable driving experience, and adding an energy-saving charm to the already luxurious features. 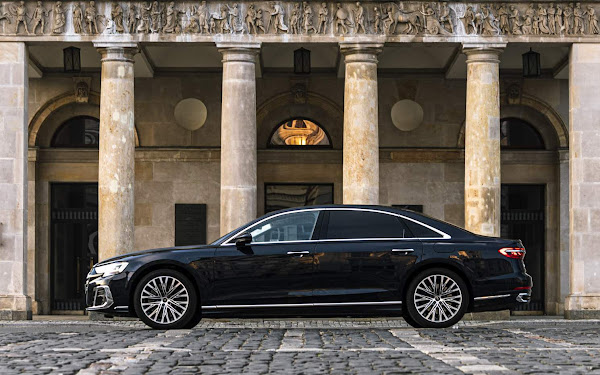 The hybrid package combines a 3.0-liter turbocharged V6 engine with an electric motor. The petrol engine produces a maximum power of 340hp/51kgm, and the electric motor has a power of 136hp/35.7kgm. Torque reaches 71.4 kgm of power at 1250 rpm. Transmission is via an 8-speed Tiptronic automatic gearbox and a quattro all-wheel drive system. 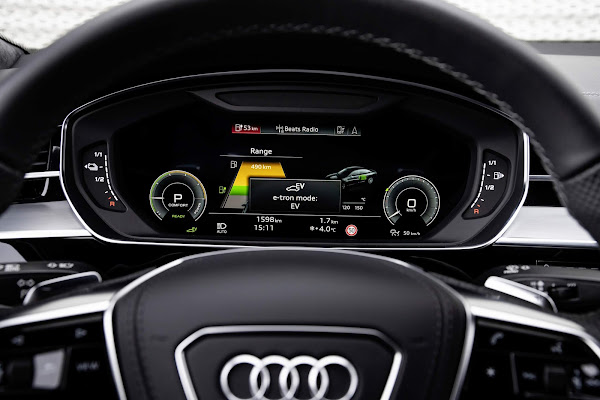 Under the trunk is where the lithium battery is stored. It has a capacity of 14.1 kWh. It has a pure electric driving range of 46 km under WLTP specifications, and the top speed can reach 135 km/h in electric mode only. 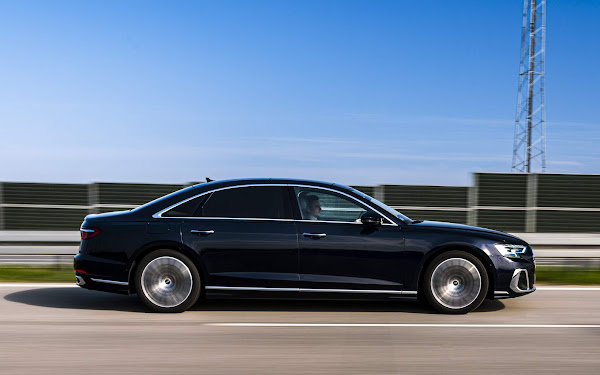 After that the combustion engine is started, the top speed is limited by electricity to 250 km/h and acceleration to 100 km/h can be completed in just 4.9 seconds. Through the electric assistance of the petrol-electric system, this car has an excellent fuel consumption performance of 40km/L, and CO2 emissions are only 57g/km. 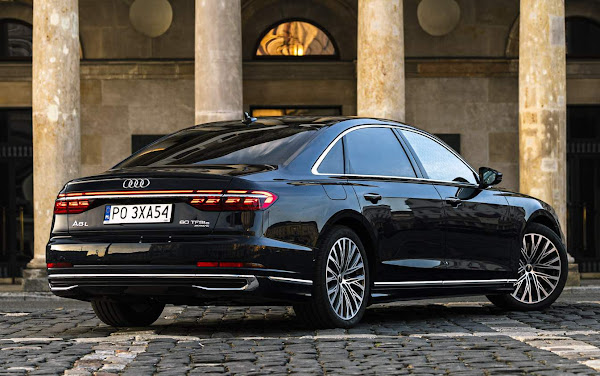 The PHEV model will also look slightly different. Inspired by the Audi e-tron, it has a similar lighting design concept. Chrome finish is added to the front bumper and door handle. At the same time, the lower rear bumper is decorated with chrome accents. 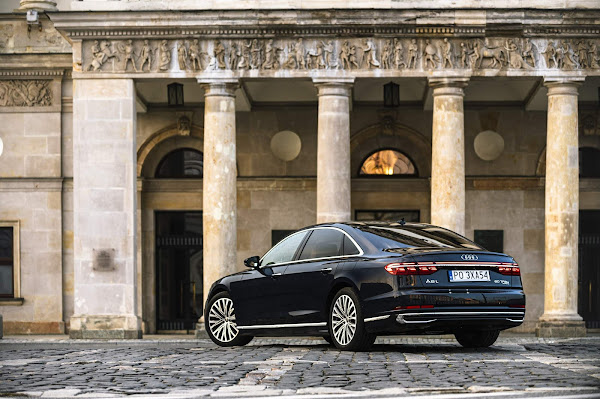 Audi A8 seen from any angle is a smart car. Because of its dimensions, it is a car that naturally attracts attention, but it is less luxurious than the competition from BMW and Mercedes. It is a car that does not make noise in any way and has managed to maintain its anonymity. While the front is well designed, the back is very pleasing. 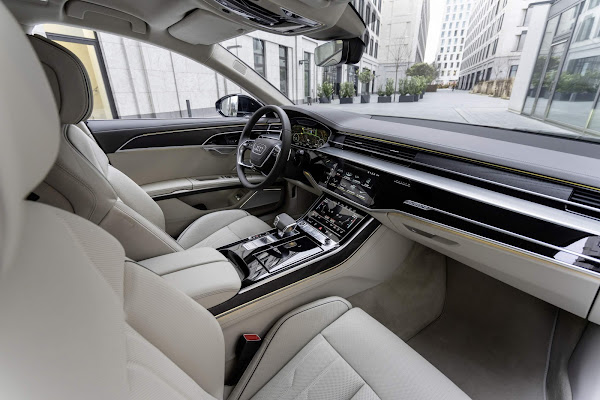 The interior has not changed much in this one face liftto take care of arrangement base with three digital displays. The top display of the center panel is used for multimedia and the main settings of the car’s functions, the bottom one for the weather, speed dialing or entering a destination in the navigation. The entire interior is bathed in high-quality materials and first-class finishes. 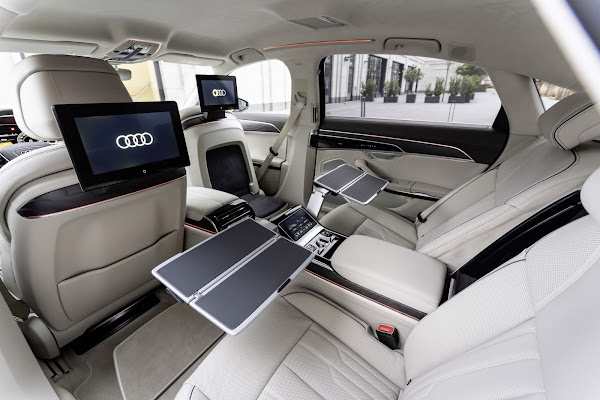 The geometric linear design resembles a modern office. It is a very impersonal design, appealing to lovers of modern technology and minimalism. 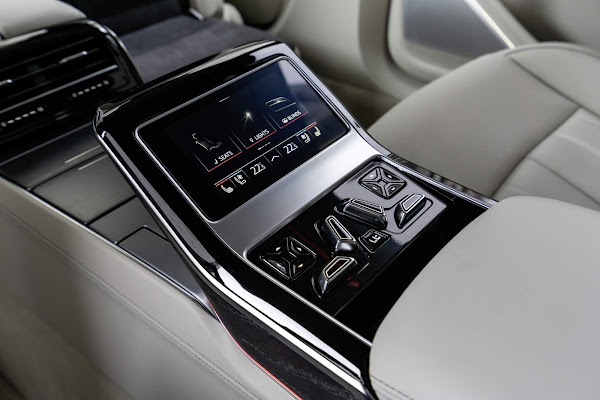 Audi A8L 60 TFSI and four it currently costs 109,000 euros in Germany and deliveries will begin before the end of the year. 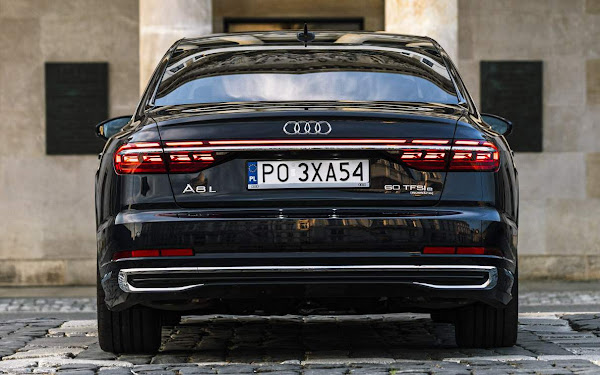 The Audi A8 is a luxury sedan with a distinct aesthetic proposition compared to competitors Mercedes-Benz S-Class and BMW 7 Series. It is a luxury car for those who want to be carefree. He walks around without almost anyone turning to see him. It doesn’t attract unnecessary glances or finger pointing. It is a car that does not cause envy. And yet, it offers the ultimate in technology and luxury.

Italian media acerbic towards Ferrari after the Hungarian Grand Prix