Since its launch four years ago, the Volkswagen Virtus has demonstrated its potential as one of the leading models of compact sedans. To remain among the best, Volkswagen Virtus 2023 will undergo significant updates.

All about the new Volkswagen Virtus 2023

The new car from the German automaker is built on the common MQB-A0 platform.

The expectation of the car market is that the Virtus 2023 line will be available in four different versions.

The car has already been launched in some countries, such as India, for example. With this, we can get an idea of ​​how Volkswagen Virtus 2023 will look like in Brazil.

The prices of the new generation Volkswagen Virtus are yet to be released by the automaker.

As with the models, the car market expects four versions of the Virtus 2023 to be available.

The Comfort TSI and Highline TSI models should arrive with a 1.0-liter engine and automatic transmission, and the GTS TSI sports version with a 1.4-liter engine.

In addition, Virtus will have an example of MSI 1.6, which should be offered for manual and automatic transmission.

A new look on the outside

Recently, Volkswagen Virtus 2023 was registered with INPI (National Institute of Industrial Property). The expectation is that the version will come similar to the model launched in India. The changes also mark more similarities to the Jetta.

The changes start with the front part of the car, which should get a completely new shape in its grille, making it thinner.

In addition, the bumper became stronger and LED lights were inserted in all models. The fog lights should be slightly larger and vertical.

Little has been revealed about the rear of the car, but the Virtus 2023 model here in Brazil should follow the evolution of the Indian sedan, which received some changes in the interior design of the lights.

Virtus GTS 2023 will receive a new bumper, which will be in the shape of honey, similar to the upper grille. In addition, sports style wheels will present a new style.

Still in keeping with the Virtus’ sporty style, the GTS will receive IQ.Light Matrix technology for the headlights. The system can adapt to different conditions on the road.

A few changes inside

Inside the Volkswagen Virtus 2023, only occasional changes are expected.

The steering wheel should receive a new brand logo in the center and the VW Play multimedia center will be integrated with a 10.1-inch screen, which will allow wireless access via Android Auto and Apple CarPlay apps.

Some of the standard equipment found in the Indian version of the car can be used in the Brazilian model, such as curtain airbags, a sunroof and an autonomous emergency brake.

Virtus 2023 will have a new engine available to users. A 1.0 170 TSI turbo engine should arrive in the 2023 lineup, similar to Volkswagen’s Up compact.

Little is known about the performance of this engine in Virtus 2023, but in the Up set it delivered up to 105 hp of power and 16.5 of maximum torque.

In addition, other versions must be offered with the well-known Virtus engine, such as the 1.0 TSI and 1.6.

In the GTS sports version, the engine equipped will remain the same as in the previous models, 1.4 TSI.

Despite the little information provided, we can already have an idea of ​​what the Volkswagen Virtus 2023 will look like.

In order not to miss any news, follow Garagem360 and stay informed about the entire car market.

Check out the Volkswagen Virtus 2023 technical sheet below:

New Cadillac Lyriq: Americans know how to make electric cars that are cool and luxurious 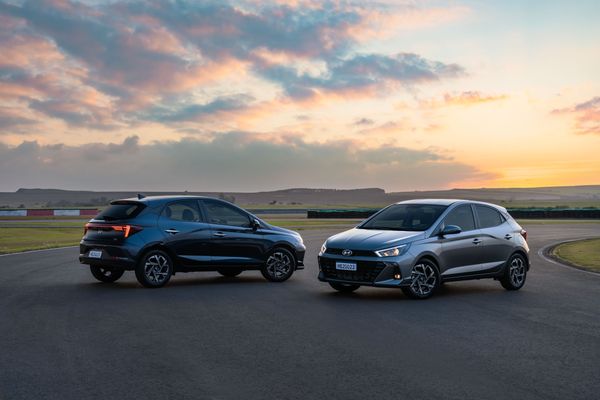 MG Motor is immersing OL fans in the shoes of the player to launch its new model “MG4”.