Suzuki introduces a new generation of S-Cross with an SUV-like appearance. Now we were able to drive the SX4 replacement for the first time. According to what one learns, the ancient Greek philosopher Aristotle was already concerned with continuity.

And Suzuki has always adhered to this principle, enhancing current series rather than introducing innovative new models to the market. The new S-Cross is a great illustration of this. Its progenitors are the SX4 from 2006, whose innovative design with a high cabin and low front resulted in a somewhat successful sales performance in Europe.

This model succeeded the bigger, but equally demanding SX4 S-Cross in terms of design in 2013, had a facelift in 2016, and a revised 1.4-liter gasoline engine in 2017. What is now coming out to Suzuki dealers for the 2022 model year is labeled as the “new generation” by Suzuki, but is nonetheless based (keyword continuity) on the prior model. 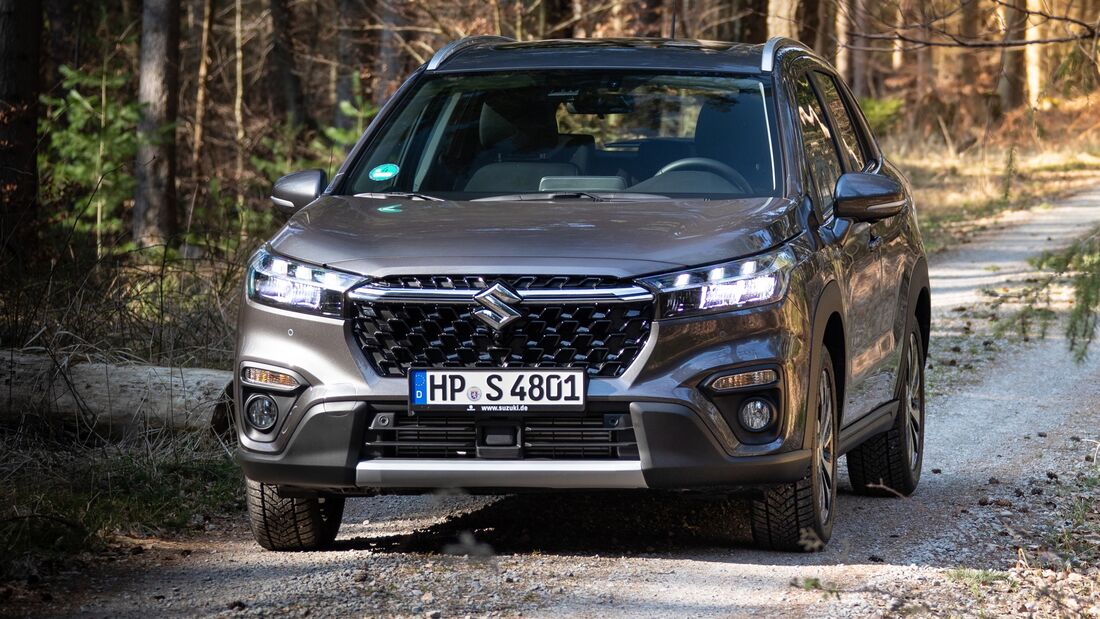 On the physique, no stone was left unturned, which was not a terrible notion from an aesthetic standpoint. With a front that is pulled up further, the more powerfully contoured wheel arches, the large radiator grille, and the robust-looking add-on parts as well as the striking lights at the front and rear, the SUV design that is so popular today is also moving in with the S-Cross, which is now also available without the prefix “SX4” to differentiate it from its predecessors.

The new S-dimensions Cross and wheelbase are identical to those of the previous model. The former engine has been included in the new S-Cross, a 1.4-liter gasoline engine with direct injection and turbocharger dubbed “Boosterjet” that produces 129 horsepower. The four-cylinder engine’s maximum torque is 235 Newton-meters thanks to 48-volt mild-hybrid technology.

On the other hand, the aid and comfort systems have changed significantly. The 2019 Suzuki S-Cross may be equipped with a 360-degree video system, adaptive cruise control with traffic jam help, traffic sign recognition, and parking aid, among other features. Additionally, the smartphone may be wirelessly linked through Apple Carplay and Android Auto.

Because the conversion work on the inside was more conservative than on the outside, very little of the new technology is on display. The new multimedia display, which, depending on the equipment level, has a screen diagonal of seven or nine inches and is now located on the dashboard, is the most significant change. Additionally novel is the design of the analog instruments, which include a color display (standard in all variants). The remaining interior design and furnishings are identical to the previous model.

There are a few extras to select from.

There are two additional charges for the S-Cross Comfort+: a six-speed automatic gearbox costs an additional 1,500 euros, and metallic paint costs an additional 600 euros. Aside from the installation of the panoramic glass sunroof, faux leather seats, and a 360-degree video system, the vehicle is fully equipped.

The S-Cross is hardly a performance monster among small SUVs with its 129 horsepower. Due to the car’s relatively modest weight (1,385 kg in its final version with all-wheel drive and automatic transmission), it is nonetheless able to travel swiftly, despite often coming in second in the race to the next traffic light. The four-cylinder engine answers to strong power demand with a robust buzzing, but wind and road noise are limited.

The Suzuki S-steering, Cross’s which provides little input yet functions perfectly, is characteristic. When driving slowly, the rather adequate suspension comfort reveals a lack of synchronization, as the vehicle rumbles somewhat awkwardly over bumps.

While functioning is typically trouble-free and, with the exception of the multimedia system, other SUV manufacturers’ trendy but haptically problematic touch switches have been eliminated, the new instrument design is not totally convincing. The numbers and marks on the gray backdrop are difficult to see in direct sunlight; the predecessor was more legible in this regard.

In terms of spaciousness, the front seats of the S-Cross are comparable to the class average, although the rather pleasant seats could need a bit more lateral support. The back seats are quite crowded, with barely enough legroom for adults if the front passengers slide their seats forward.

On the other hand, headroom in the second row is limited due to the panoramic roof, which cannot be deactivated with the Comfort+ package and is always fitted. Even with a modest waist height of 1.8 meters, this assures head contact with the roof liner, a feat that other products in this class can do more effectively. 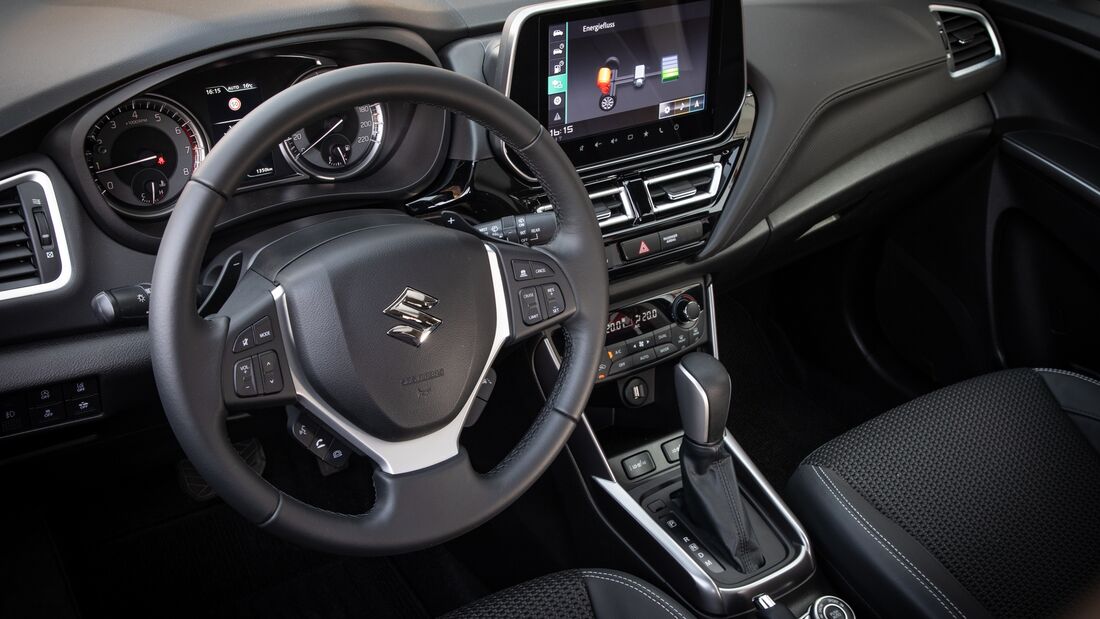 At first look, the price of the new Suzuki S-Cross seemed confident; the top-of-the-line model we test-drove, which includes all-wheel drive and an automatic gearbox, is listed at 36,040 euros. However, the high level of standard equipment in the base model must also be considered, with the model with front-wheel drive and a six-speed manual gearbox beginning at 29,290 euros.

A comparable equipped Volkswagen T-Roc costs 33,900 euros and is powered by a one-liter TSI engine with 110 horsepower. Those who want to wait for the full hybrid drive, which has been announced for the second half of the year, may expect to pay around 1,000 euros more than the similar S-Cross model with an automatic transmission.

Moreover, if you are seeking a cheap lease on a vehicle with a gasoline engine, you may locate the best deals we have found in this sector here. 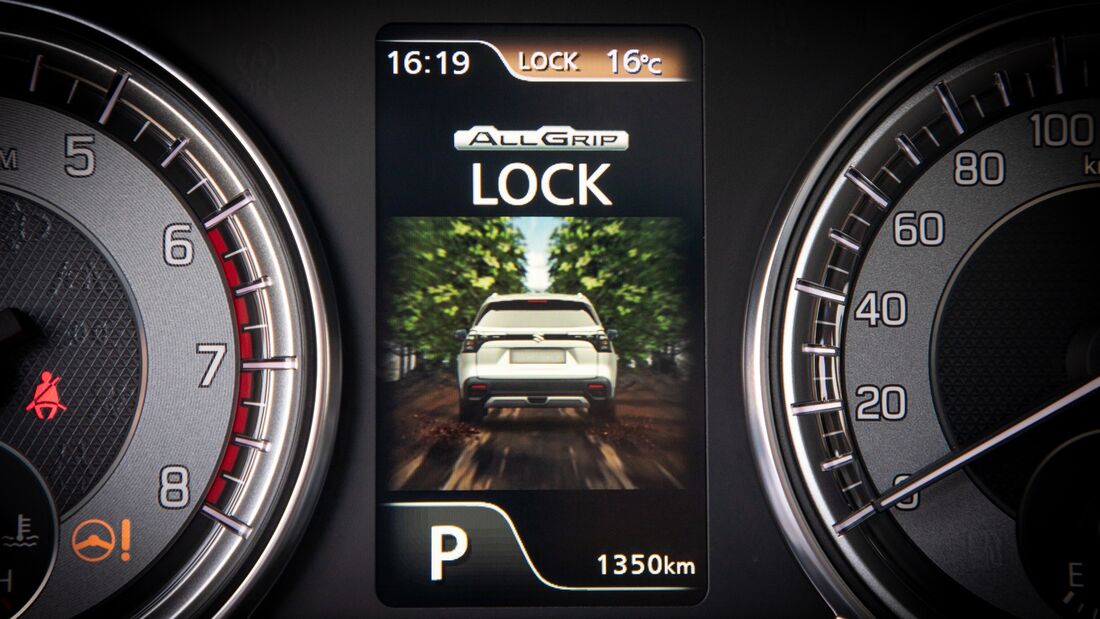 The new Suzuki S-Cross has the tried-and-true underpinnings of its predecessor, but owing to a major overhaul of the exterior, it exudes a much more assured SUV appearance. The customer’s decision is made pretty simple: one engine for everyone, two equipment lines, and almost no surcharges.

The optional all-wheel-drive, with which modest off-road adventures and challenging winter conditions may be successfully navigated, is a distinct selling feature in this class. The S-Cross drives pleasantly and unspectacularly, although it could provide a little more inside room.