All 100% electric vehicles and various types of hybrids are considered “green” vehicles. / Disclosure

Electric or hybrid cars – which are powered by a combustion engine combined with one or more electric motors – have existed since the beginning of the global automotive industry, as electric power was already used before the emergence of the first heat engines. The development of the automobile industry changed the Earth – however, the smoke produced by the exhaust pipes ended up turning the gasoline engine into a kind of “environmental criminal”. To help combat the effects of environmental pollution, within seven years Britain and France, along with other European nations, will ban the production of cars that use thermal energy and even hybrids. Only those 100% electric or powered by so-called fuel cells, especially hydrogen, will remain on the grid, all with zero. However, “green” cars currently represent only six percent of production in Europe. In the “off season” for the “ecologically friendly” class of cars, hybrids are the most suitable solution. Regarding fuel cells, the most famous representative is the Toyota Mirai sedan, but the technology is currently being developed more in the automotive industry for long-distance trucks.

the electric ones
EV (Electric Vehicle) or Electric Vehicle – It uses electricity for its operation, and can have a set of motors, which use chemical energy from renewable batteries that can be “reset” in normal or special stores according to the current provided. If an electric vehicle has a motor attached to each axle of the vehicle, it is said to have an all-wheel drive. An electric car does not have any kind of combustion process, it does not emit pollution. The electric motor is quieter, with only a small amount of noise. Due to its simple operation, the electric car does not need a gearbox and a gear ratio between the rotation of the engine and the wheels. Therefore, the simplest electric cars have only two gears: forward and reverse. Some sports models, such as the Porsche Taycan, have two front gears, one short and one long, to favor racing performance. Most electric vehicles also use regenerative braking to charge the battery. The biggest “enemy” of the 100% electric car is its high price, especially in Brazil, where there is no government incentive to buy a car. Another frequent problem is autonomy and where to recharge. Examples: Volvo XC40 Recharge and Nissan Leaf.

hybrids
HEV (Hybrid Electric Vehicle) or Hybrid Vehicle – It is simpler than an electric car, as it combines a combustion engine with one or more electric motors, thus having more freedom. HEV combustion engines are powered by gasoline or variable fuel (ethanol or gasoline). The combustion engine drives the car and transfers part of the energy produced to the battery, regenerating it. Braking energy also helps charge the battery. And the electric motor can be used together with the heat motor, improving the efficiency of the car and enhancing the torque or moving it in electric mode only, for a short distance and low speed. Examples: Toyota Corolla Cross XRV and XRX and Honda Accord E.

PHEV (Plug-in Hybrid Electric Vehicle) or Plug-in Hybrid Vehicle – Same as HEV. It differs mainly in that it can be fueled by gasoline or ethanol and can also have its batteries charged directly from electricity. Two or more motors can also be used together for better handling. It is up to the driver to drive the PHEV in “EV” mode, fully electric, or to combine it in “Hybrid” mode. Examples: Jeep Compass 4XE and Volvo XC60 Recharge.

MHEV (Mild Hybrid Electric Vehicle) or Mild Hybrid Vehicle – Works like a normal hybrid, having a 48V auxiliary generator. It focuses on reducing consumption and production, without compromising on performance. At low speed, the heat boost is turned off. After resuming acceleration, approximately 20 power of battery storage is released. It is a hybrid designed for economy, as the system reduces consumption from 6% to 10%. In operation, the generator produces 15 to 20 horsepower at high speed to assist the combustion engine. Examples: Kia Stonic and Range Rover Evoque.

E-Power- Nissan has patented hybrid technology in which only the electric motor controls the vehicle’s traction, while the combustion engine is an accessory, unlike other hybrids. The Japanese brand will put E-Power technology on the Kicks Hybrid, originally promised for the Mexican market. The system consists of a main, electric motor, which drives the car. The petrol engine is only used to generate energy to feed the electric motor battery. Example: Nissan Kicks Hybrid. 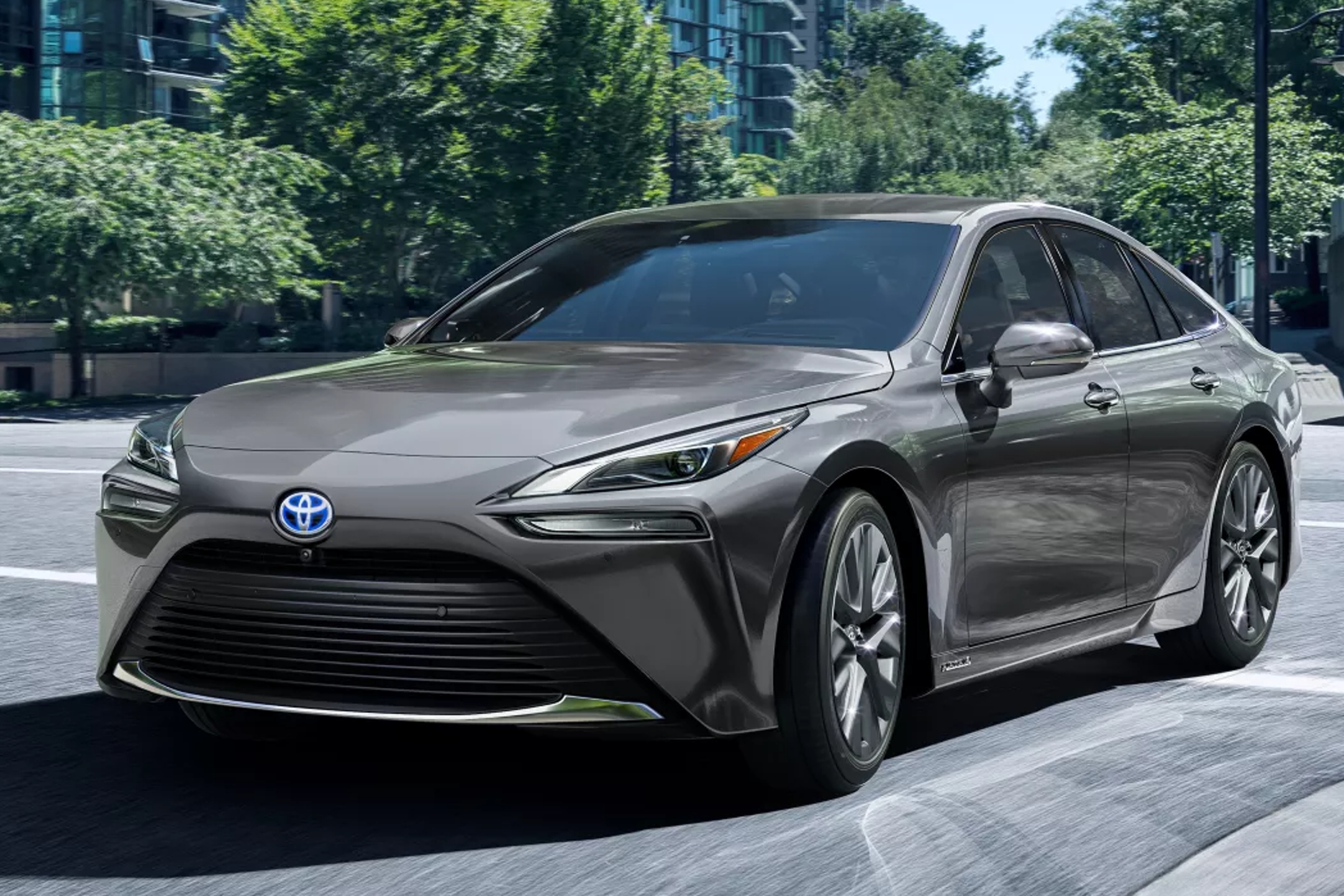 FCEV (Fuel Cell Electric Vehicle) or Fuel Cell Vehicle – They do not require a solid battery pack for their operation. A fuel cell is an electrochemical cell that converts the potential energy from fuel into electricity through an electrochemical reaction. The only residues from the reaction are water and heat. Like a vehicle with a combustion engine, the FCEV has its own supply tank, filled with pressurized liquid hydrogen, as well as air to generate electricity. Currently, fuel cell technology is being developed mostly in long-distance trucks, especially by brands such as Volvo, Mercedes-Benz and Hyundai. Examples: Toyota Mirai.