Presented in 2017, the DS 7 Crossback is leading the charge of French Premium SUVs and is about to undergo a major facelift in 2022. Similar to its partners the Peugeot 3008, Citroën C5 Aircross and Opel Grandland, this mid-life SUV brings significant changes, in terms of of optics and infotainment, to relaunch the work of this pioneering pillar of the current DS range.

It is the last quarter of the Stellantis family SUV to get a mid-career update. The wait has been long since its launch in late 2017, but in terms of sales, it hasn’t been worth it. The DS 7 is indeed France’s number 1 in the premium SUV segment, well supported for 2 years by its E-Tense hybrid version in two power levels, 225 and 300 hp, which represents the majority of sales. In 2021, more than 12,000 copies were sold in France, a good score given its prices (from €49,000 in PHEV 225 hp).

But if everything goes well, we have to look forward to the next 3 years of work, which will lead the DS 7 until its renewal is expected for 2025. Produced so far in Mulhouse, the large SUV will be transferred to Melfi in Italy, while waiting. Another production take in France. Best of all, it will be 100% electric. But we are not there yet.

In terms of style, the front and rear bumpers change: in front, the optics are thin, DS 4 style, and above all it should receive a good network of diodes like the Aero Sport Lounge study. Forget three rotating modules, replaced by a 100% LED projector, or even a good diode arrangement, replaced by a thick strip. The grille should retain its shape and chrome. The lower bumper has also been modified with a wider air intake and a more discreet ski. At the back, it’s the automatic rear panel that changes with slightly redesigned lights, and a more hollow sound for a wider look.

Let’s hope that this revamp also marks the arrival, if not the return, of shimmering shades. For many months, the shade of Or Byzantin has left the list, and not a few editions of Louvre or Ligne Noire have managed to bring the original shades. We can hope that the Blue Night of the DS 9 will arrive, even if it can copy the current Ink Blue, while in terms of light shades, it is the Crystal Pearl introduced by the E-Tense version at the end of 2020 that takes it. already in place. Note the wheels directly inspired by the 20-inch Sydney DS 4 rims.

Currently, what awaits the DS SUV is an increase in watts and a hybrid version of 360 hp, whose powertrain is directly derived from that of DS 9 E-Tense 4×4 of equal strength. The “long range” version from the E-Tense 250 hp and its 15 kWh battery should also not be excluded.

In addition to the aforementioned rechargeable hybrid versions, the revised DS 7 Crossback can keep its BlueHDi 130 and PureTech 180 thermals for a few months, at least as long as the DS’s CO2 average remains on point. After 2024, the brand will launch only 100% electric models.

Finally, the passenger compartment of the modified DS 7 will deal with modifications on the software side for a 12-inch central laptop: its size will be preserved, but we can hope that the software section and the rear camera will be taken from the end. DS 4. Regarding the mode selector, it may seem logical that, like the C5 Aircross, the “cobra” gives way to e-Toggle. But to be sure, we’ll have to wait a few more weeks for the final reveal of this facelifted DS 7 Crossback. 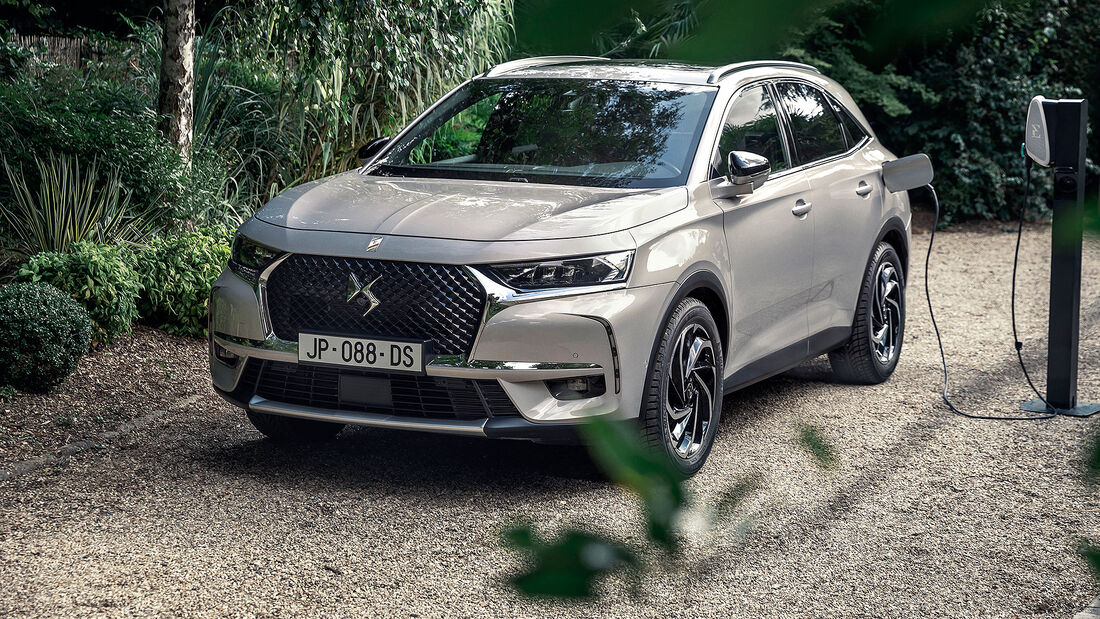 Which version of the new DS 4 to choose?

middle ground between SUV and sedan