Genesis Magat during the process of creating the background for Billie Eilish’s official music video “My Future”.

Doha: Enter the world of beautiful places created by Genesis Magat, a Filipino artist living in Qatar! With vibrant colors and vivid details, Genesis paints scenes and backgrounds that embody the full feel of the anime world.

What was just a hobby and a break from the daily needs of life, drawing original anime, led to one of the biggest changes in his life.

Genesis Magat is among the artists behind the sets of the official music video for “My Future,” the title track from Billie Eilish’s second studio album, “Happier Than Ever.” Almost all the backgrounds seen in the animation of the music video were created by him, such as the background of the famous scene of Billie looking at the moonlight.

A screenshot from Billie Eilish’s music video for “My Future” shows a background inspired by Genesis Magat.

The song and video reached the two-year milestone on July 30 and have garnered more than 100 million views on YouTube. To this day, new comments are still pouring in as listeners praise the music and enjoy the animation.

Recalling his first impression of the project, he said: “One day this director from Australia left me a message asking if I would like to work on a project.”

“When I found out what it was for, I was surprised and quickly signed a non-disclosure agreement. My jaw dropped when I realized it was Billie Eilish’s. It was a great opportunity to work with different artists from other places,” he said. he added.

Genesis Magat is from Laguna, a province in the Philippines. He lives in Qatar with his family since 2003. When it comes to creating artwork and sharing it online, he goes by the name “Anime Background Junkie”. 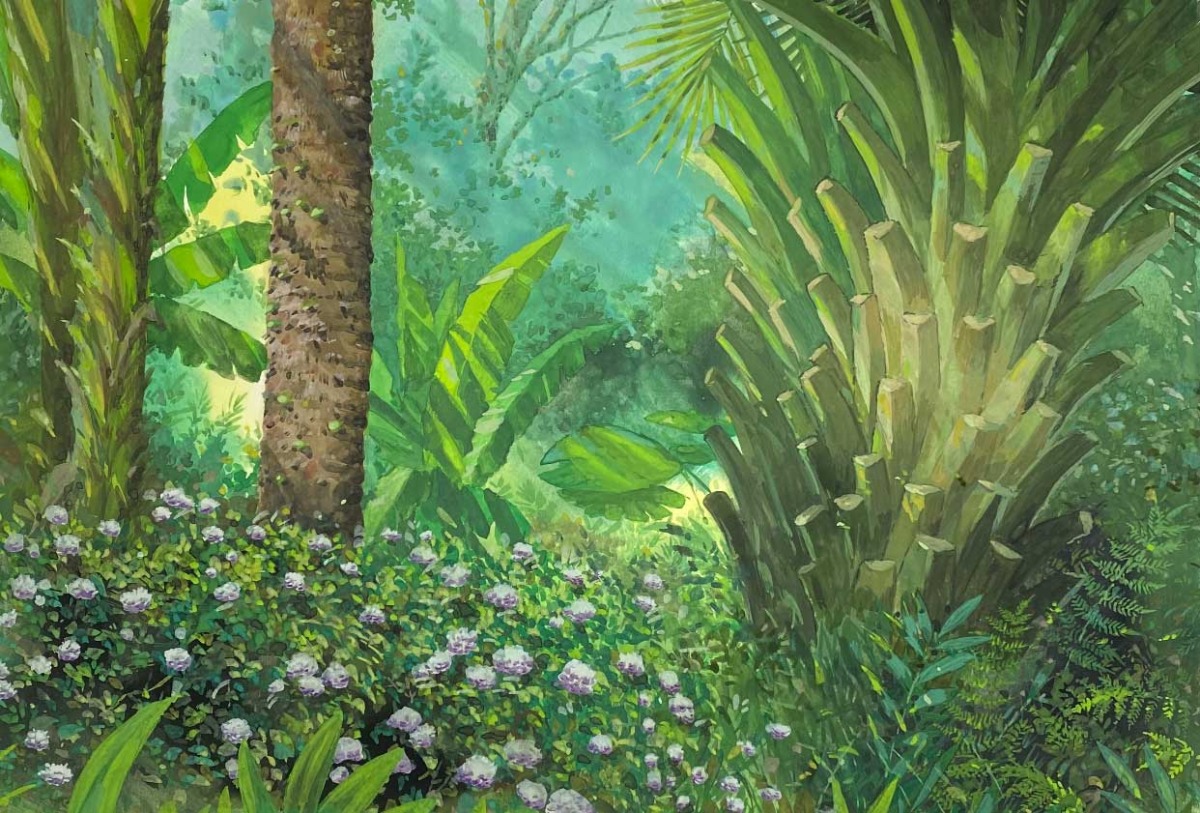 His interest in painting anime backgrounds began in 2004 when he was impressed by the quality of the background images of Hayao Miyazaki’s films such as “Spirited Away” and “My Neighbor Totoro”.

From then on, he strived to make his pieces in the style of Studio Ghibli.

Studio Ghibli is a Japanese animation film studio in Tokyo that is best known for its high quality cinematography and artwork. His famous works include some of the highest grossing films in Japan, including ‘Spirited Away’, ‘Spirited Away’, ‘Howl’s Moving Castle’ and ‘Princess Mononoke’.

Genesis has also launched its own YouTube channel due to many questions about his painting process. “Most of the uploaded videos teach what tools are needed to get the Ghibli look and feel,” he said.

Talk to Peninsula about his creative process, the Filipino artist revealed that he started by taking pictures of places he had been to and using them as memories. On average, a landscape job would take him 6 to 8 hours to complete. His longest work so far is the work he started in August last year and finished in April this year.

Although the areas of his paintings may seem to enter the fictional world of anime, his works of ancestral homes in the Philippines have a much deeper meaning. As modern architecture takes more roots in his country, Mwanzo wants to preserve the declining heritage houses through his paintings.

“The only thing I can do to help keep the culture alive is to paint the houses that were destroyed in their original form,” he said. 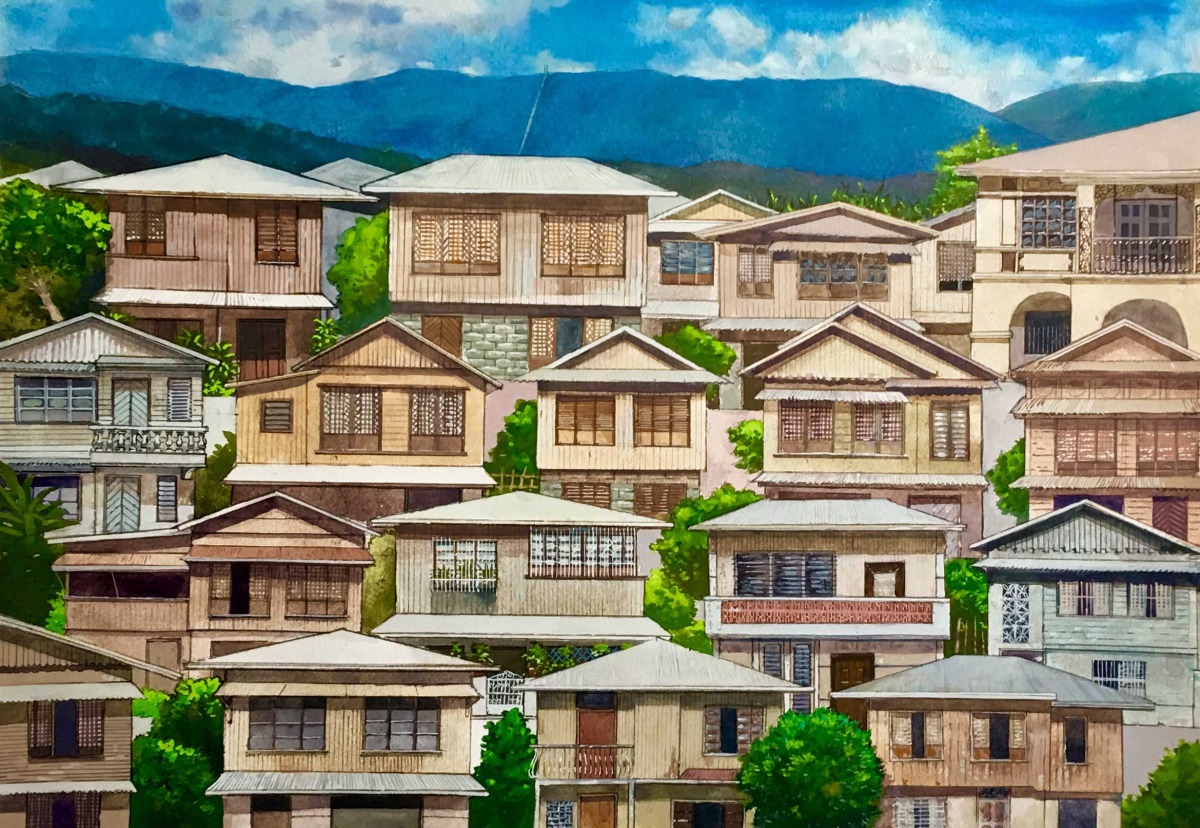 A painting inspired by ancestral homes in the Philippines

He also wishes to do the same for traditional houses in Qatar as he is currently researching references to use.

Looking back, the Filipino artist revealed that he learned a lot from his collaborative work on Billie Eilish’s “My Future” music video.

He said: “I learned to improve my drawings. If I feel that I will have difficulty in accomplishing it, I am more accepting of the challenge.”

“No matter how difficult the illustration is, no matter how long it takes, when I’m done I’ll look at the whole picture and ask myself, did I do this?” he added.

Genesis also advised the beginners: “It is important to draw whatever comes to your mind! Improve your talent, read books and try to discover everything around you to get inspiration.” 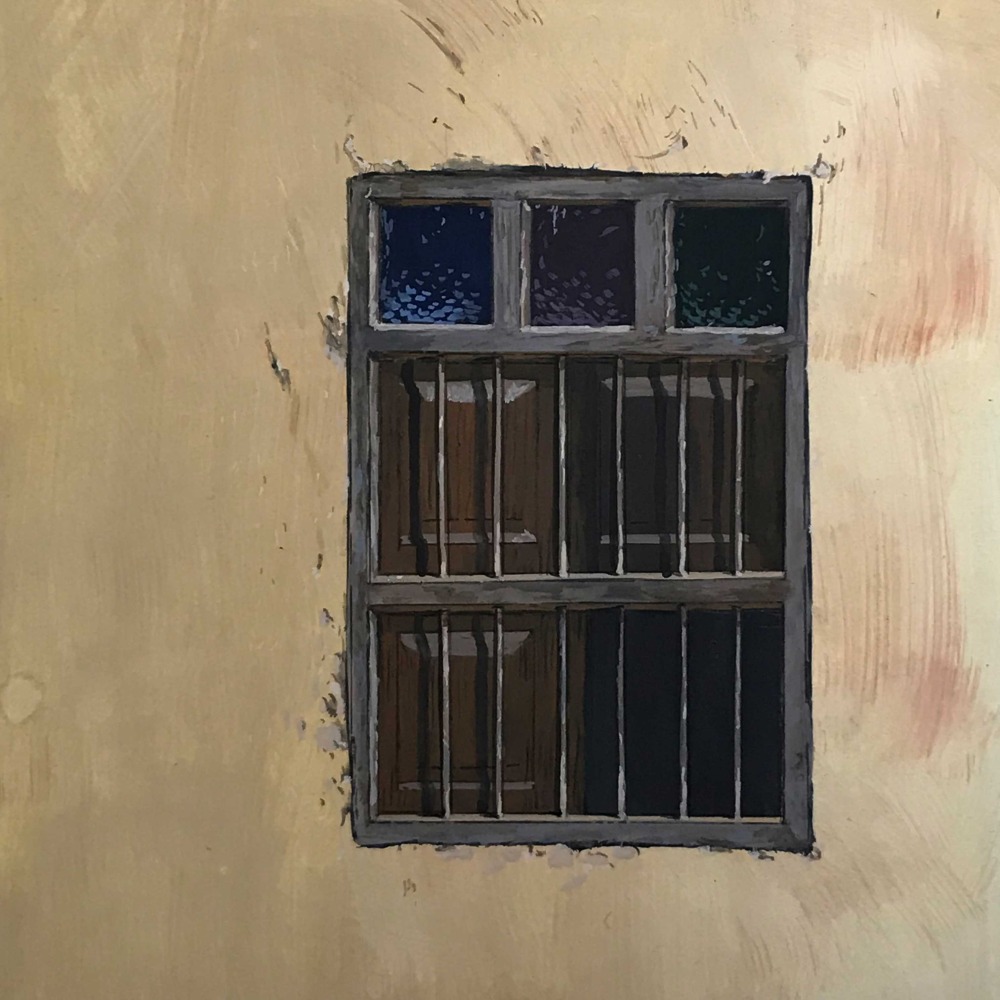 A painting of an old window in Qatar.

Speaking of this “future”, Genesis Magat started a personal project to produce an animation that he had already submitted to the Cultural Center of the Philippines last August, which unfortunately was not selected.

“…the work I had to do to prepare this project, such as the script, storyboard and character sheets, was not in vain, because I will continue this project as a personal project,” he said.

In doing so, Genesis also enjoys describing the old houses of Qatar.

Automatic balance, why use an analogy? | Vehicle News

F1-Hamilton: Mercedes ‘got something’ to fight Ferrari and RBR