Marvin Klein has won the eventful seventh round of the 2022 Porsche Mobil 1 Supercup at Zandvoort. For the Frenchman and his CLRT team, this is the first ever international cup victory for the Porsche 911 GT3 Cup. Dylan Pereira took second place at the Formula 1 circuit on the North Sea coast. With that, the Luxembourger extended his championship lead to 18 points and gave his BWT Lechner Racing team an early victory in the team standings. The Supercup final will be played in Monza, Italy next weekend. Marvin Klein needed nerves of steel in the seventh round of the Porsche Mobil 1 Supercup 2022. Driving for the CLRT team, the Frenchman had to defend his leading position against the closest pursuers three times: at the start of the regular and twice at the start again after the safety car phases. .

“It was difficult because the track was slippery, especially with cold tires. I concentrated on my direction and I avoided looking in the mirror as much as possible. », said Marvin Klein. The tactic worked. After twelve laps, Klein crossed the finish line about four-tenths of a second ahead of Morris Schuring. With this result, the reigning champion of the French Cup Porsche Carrera celebrated its first victory in the one-off international cup with the 510 hp Porsche 911 GT3. 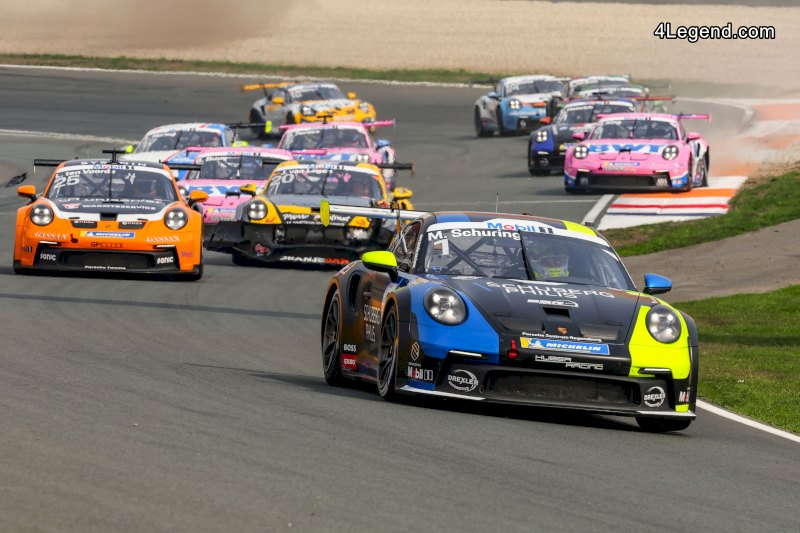 However, Schuring’s joy at finishing second was short-lived. At first, he had left his 911 on the grid in a fixed position. The officials gave him a five-second penalty. As a result, the 17-year-old Dutchman from the Huber Racing team was demoted to the bottom of the official race results list.

Points leader Dylan Pereira also experienced plenty of emotions in the final race. The fastest qualifier was dropped to P4 due to a collision. After the first round, he had dropped to eighth place and was caught in several battles for positions. However, he managed to finish third and then inherit second place thanks to Morris Schuring’s penalty kick – BWT Lechner Racing Luxembourger could not complain about the lack of variety. “My main goal throughout the race was Larry ten Voorde. I wanted to finish behind him. The fact that I managed to pass Larry takes a heavy burden off my shoulders for the final in Monza. »said Pereira, describing his ongoing battle with the reigning Supercup champion. ten Voorde, now 18 points behind Pereira, was still happy with third place in his home race. “My start was good and I even passed Dylan. But I have to admit that my pace was not enough to keep Dylan behind me for the distance of the race. Still, the main thing is that I was able to keep the head decision clear until the last round next weekend. »said the inner hero of the GP Elite team.

ten Voorde took second overall, replacing Porsche junior Laurin Heinrich, who finished fifth at Zandvoort. “I couldn’t do much from 10th place on the grid. Full yellow phases shortened the race too much for me to move forward in the peloton. »said the driver of German SSR Huber Racing. Dane Bastian Buus finished between ten Voorde and Heinrich. The youngster from the BWT Lechner Racing team won the rookie classification for the seventh time this season and thus secured the early title. “I was hoping to finish on the podium, but unfortunately it didn’t work out today. However that doesn’t matter now. »said the 19-year-old, who has already celebrated overall victory this season.

Even before the 30th Supercup season ends next weekend, BWT Lechner Racing has already won the team’s title, making it the twelfth title for the Austrian professional. “We dreamed it at the beginning of the season. Now I am very proud of my whole team for turning that dream into reality. »said delighted team leader Robert Lechner. The title decision in the ProAm division, however, was pushed back to the final. Norwegian Roar Lindland (Pierre Martinet and Alméras), the ProAm points leader, finished only third in his class. The victory went to fellow Briton Aaron Mason. Interestingly, Mason didn’t even make it to the flag because of the crash. This incident, however, caused the race to be called off. In such cases, the result is determined by the previous order of the regular circuit – and at this time, Mason was still leading the ProAm class.

Even before Mason’s crash, the race had to be stopped twice by the safety car. The first incident was caused by Englishman Harry King (BWT Lechner Racing) and local hero Jaap van Lagen (Martinet and Alméras) on the second lap. After resuming the race in second and third place on the grid respectively, the two faced off in a battle for second place, which put them both out of the race.

“Zandvoort has once again lived up to its reputation of providing very exciting and action-packed racing. We put on a great show for many fans. Congratulations to BWT Lechner Racing and Bastian Buus for winning the early title. Now I’m looking forward to the finale in Monza and the fight exciting race for the Drivers’ Championship title between Dylan Pereira, Larry ten Voorde and Laurin Heinrich. », commented Oliver Schwab, project manager of the Porsche Mobil 1 Supercup. ” 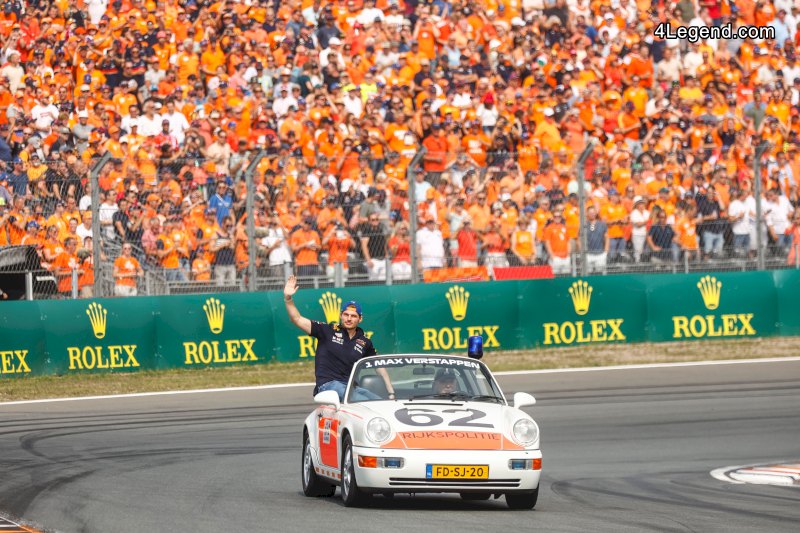 Tesla cars will become game consoles thanks to Steam

Binotto does not see Ferrari’s strategy as a weakness