A perfect weekend for Bastian Buus: The 19-year-old Danish driver set the fastest time in practice, best position and victory in the fifth round of the Porsche Mobil 1 Supercup. After 13 laps in summer heat at the Castellet Formula 1 circuit, Buus took the checkered flag almost half a second ahead of fellow BWT Lechner Englishman Harry King. Third place went to defending champion Larry ten Voorde (GP Elite) from the Netherlands. Luxembourg’s Dylan Pereira (BWT Lechner Racing) in fourth place maintained his lead in the championship standings. Despite the Mediterranean heat and temperatures exceeding 30 degrees Celsius, Bastian Buus kept a cool head. Le Castellet was only the fifth Supercup race for the 19-year-old Dane. In addition, the youngster from the BWT Lechner Racing team started for the first time from pole position. The player, however, came off the line like a seasoned pro and defended his position against teammate Harry King who was relentlessly attacking. When the safety car was deployed on the first lap, Buus remained alert and again defended his lead after restarting to claim victory at the wheel of his 510bhp Porsche 911 GT3.

“Honestly, I missed my start – and Harry followed me. But I swore to myself that I wouldn’t brake until he did. It was too late, but it worked. »said Buus describing his first seconds of the race. The last round didn’t go well for the 19-year-old from the port city of Kolding either: “Towards the end of the race, Harry came dangerously close. His tires seemed to be in better condition than mine. I suspected it would be a tight finish – then suddenly the flag came out. It was a complete surprise because I thought I still had one lap to go. »

Harry King congratulated his young teammate: “Bastian didn’t make mistakes that I could take advantage of. I put my tires to attack at the end, it almost worked. Still, I’m very happy with second place. » Larry ten Voorde, too, was relieved: the reigning champion of the GP Elite team left the previous race in Austria empty-handed after being caught in a crash. Third place at Circuit Paul Ricard allowed him to close the gap with the championship leader. “First of all, I would like to congratulate Bastian Buus for his first Supercup victory – I feel almost old next to him. »joked the 25-year-old Dutchman. “I’m happy to be back on stage after the bad luck at the Red Bull Ring. I don’t think much about the title yet. I just want to win the race. »

Porsche Junior driver Laurin Heinrich crossed the finish line in fourth place. But he was given a penalty of three seconds after the race and lost the position. The stewards accused the German of the SSR Huber Racing team of exceeding the race limit immediately after the start. As a result, Heinrich had to give up his fourth place to Dylan Pereira. Despite this, the Luxembourger from BWT Lechner Racing defended his lead in the general classification. “Congratulations to Bastian Buus: Winning his first race in his first Supercup season is very impressive and speaks volumes for his great talent. All in all, we saw action-packed races and exciting battles for the front, midfield and also under the arrangement. My respect goes to the riders and teams who have worked so professionally in these hot summer temperatures. »said Oliver Schwab, Porsche Mobil 1 Supercup project manager.

In the Rookie position, Bastian Buus is still undefeated after five rounds of this season. Victory in the ProAm category at Le Castellet went to Norwegian Roar Lindland at the wheel of Pierre Martinet and the Alméras team. Buus and Lindland both lead their categories.

After running on the more modern Paul Ricard circuit, the Porsche Mobil 1 Supercup now heads to one of the most traditional circuits on the Formula 1 calendar: in five weeks, the Porsche 911 GT3 Cup will take part in the sixth round at Spa- Francorchamps in. Belgium (from August 24 to 26, 2022). 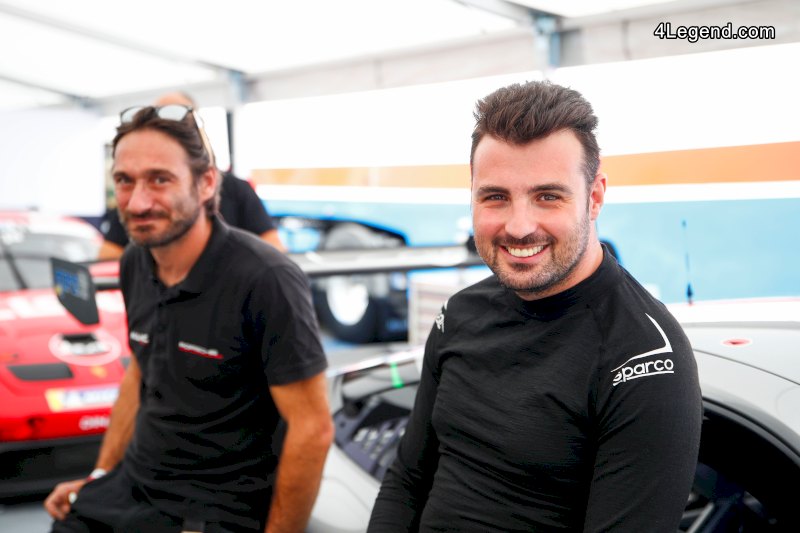 RTL Today – Dylan Pereira in qualifying for the Porsche Supercup in Le Castellet (23.07.2022)