To be honest, I am too old to be part of the target audience of the Osheaga organizers. 15 years ago, when the festival started, things were still going well. I’m from the generation of Lollapalooza, my ideal for a big festival is no more, except maybe in Primavera, in the Iberian Peninsula. But hey, the one who was supposed to cover Mfereji’s concert had caught COVID, so I took him on Sunday. To balance my old attitude, I invited my two daughters, ages 13 and 15, to join me.

With the contribution of LP Labrèche in words and Alexanne Brisson in pictures.

Between the three of us, we knew many strangers: I, they are rock artists and rappers, they are pop artists and TikTok. We had a common ground: we must not miss Wet Footand it was necessary to avoid it machine gun Kelly as much as possible. Just like apples don’t fall too far from the apple tree.

The beginning of the day under the sun

We arrive early so we don’t miss out Genesis Owusu. I expected a full group like Owusu presents it regularly, but we had the right to a version with backing tracks, the musicians being replaced by three dancers. Anyone who knows the prolific Australian singer and rapper knows that he’ll get noticed even on a shoestring, and he does. Impressive clarity during the day, and an unmatched energy level afterwards. My girls’ verdict: She’s weird, but she puts on a show.

After a brief look Coco & Clear Clear (there is something interesting about their amateurism, but it is still very thin), we go to the main stage to try to see. Gracie Adams (because the program compares him to Olivia Rodrigo). We get to the middle of the set Sam Fender, a cool boy whose pop-rock will never bother anyone. My daughters’ verdict: It’s not their style, but at least his voice isn’t funny (criticism they put on Justin Bieber and Win Butler).

None of the three of us have the patience to wait Grace, so we will try the Ferris wheel. The line is a bit long, but the three of us get together: it was worth it, and the presence of free rides on the site is a good thing. Some will say it has nothing to do with music, but I would say that some foreign artists have very little to do with music either.

Cross to the other side!

Go back to the Green/Valley pair of events to see Where are you?, a British soul singer born in Jamaica. He attracts a small crowd of dancing fans who can make a lot of noise. His secrets about his love and his relationship with his body make him very endearing. As for the music, it’s smooth and well played, but like most artists this weekend, the whole thing relies on a backing track that provides backing vocals and sound effects. So the drummer actually has a metronome playing in his ear, which makes a whole, awkward, but slightly robotic square. Girls’ verdict: She’s cute.

LP: Hey guys! While you guys were having fun between all the shows, I went and shook my pelvis to the Mexican rhythms La Dona. The American carries in his hands the legacy of Mexican music that he updates with two colleagues: Naomi Garcia and Tano Brock who are also childhood friends. The family side and especially the comfort on stage means that we begin his proposal as if it were our high school friend who finally found himself on stage. A very good concert. I can’t say rightTake a breath which accounts mainly for the presence of Bono’s son. This common practice inspired Marc-André Mongrain who, entering my work as a student in a pharmacy in his early twenties, said: “At 23, you sold common medicines and made common songs. Back to normal program.

Another trip to the main stage to see the girl in red, a Norwegian pop-punk singer proudly coming out of the closet who piques my daughters’ curiosity. However, we arrive a little early and have to go through a good portion of the set Royal Blood. The rocker of the duo is very successful, but the drummer wants the public to stop his madness. He even seems upset that his fans aren’t doing more. However many and confused, there is a round hole and all. What else does he want? Fire? Murder? Calm down guys. The world is having fun. The songs are endless and my girls are exhausted before they even arrive the girl in red. We stay for a few songs from the end, and the three of us get together: he is very good, but here we need a break. My daughters decision to Royal Blood “When do they end?”

Yet another argument for the small steps of eating and waiting Wet Foot to listen Lucy Dacus. The indie rocker from Virginia struggles to use his slightly rusty French, which he says he studied for six years. Even if, as he says, “my grammar is bad,” he does a lot to impress his audience. And when he asks the audience “Who here is gay?” » by presenting his piece Kissing Lessons, is answered with the 2nd loudest cry I’ve heard all day. Girls’ verdict: She’s cute.

Next come to the wooded area Wet Foot, which will be the biggest cry of the weekend. This group appeals to a certain part of the Osheaga public, that which is close to my age and in which I recognize myself a little more. The female duo from the Isle of Wight, accompanied by a drummer and bassist, were eagerly awaited. Their debut album, released earlier this year, is always a delight, and the band is clearly not the least bit disheartened by the success they are beaming with. We are entitled to 45 minutes of pogo, good humor and jokes that fly very low. (Screaming, go listen to the song Ur Mother and you will understand.) Girls’ Verdict: “Haaaaaaaaaaaaaaa!! »

To end the day in a calmer and more relaxing way, we choose to settle down on the grassy hill in front of the main stages of the main course and the reasons why my girls wanted to be there today: Dua Pay. Our precautions and advance get us through a good 20 minutes machine gun Kelly, the epitome of all that is wonderful about LA: it desperately wants to be cool, it’s chaotic, it’s funny, it’s interesting, but it’s ultimately empty. The girl who makes everything the target of tabloids and internet gossip is constantly complaining about what people are saying about her on the internet. Go hide in the mountains of Idaho, big boy! No one is stopping you.

I leave my daughters alone as adults and I go back and forth to see at least a little piece‘Lazy, but the sound is amazing enough, and there is something that annoys me in the routine of their stage performance. You’d think these British neophytes would be aggressive in the lineup, but their lack of drive suits the weekend well overall.

LP : oh hello again Mathieu, if I may say so, towards the end of the show, Joe Talbot took the place of the guy who accused him of being afraid to go down in the crowd. To which he replied: I worked to get on stage and so what if I’m scared? Can’t you respect my boundaries? You want me to do something I don’t want to do?” The crowd started to turn on the guy who had just been replaced and since everyone wanted to settle the whole thing with fists (always a good idea right?) Joe Talbot intervened saying that the guy didn’t need to be replaced, but to be supported and surrounded by love. It is the most peaceful and loving proposal I have seen in recent years. Robitailles is yours.

So I rush back to find my bosses, who are very happy to have over an hour of music where they know all the songs. What to say about Dua Pay who hasn’t said yet? She is on top, the heir to the queens of pop music that preceded her. We think of Madonna, Janet Jackson, Pink, Lady Gaga, Abba, etc. Everything is driven internally, everything sounds great, nothing feels synthetic, it’s flawless. The singer is surrounded by several dozen dancers and we witness a whirlwind of perfect bodies moving to the rhythm of decades of pop music, reviving the sounds of various streams to create a Frankenstein of catchy songs and uplifting rhythms. It is bloody.

I can’t help thinking that this music is the opposite of individual expression. It is the result of a great team, led by dream sellers, united to portray a former model who reveals nothing about herself when she is on stage. He has it all, and millions of fans around the world are ready to give him even more. He does not risk anything important, and he gains absolutely everything.

Manifestation of capitalism number 743,765, you will tell me. What is the use of being offended, done there? I know, I shouldn’t be surprised. But I can’t help but think: what am I doing to my daughters by setting them an impossible example to follow? How can a little girl look at Miss Lipa without her self-esteem suffering? I wanted to please them with these tickets, but I’m afraid I’ll break them for life. I console myself with the thought that we can at least talk about these things honestly on the subway on the way home. They accompanied me to see Dua Paybut I dare to hope that the girl in red, Dacus and Wet Foot they saw today will stick in their minds as a balance against the tyranny of the perfect image that manifested itself in various ways in Osheaga. 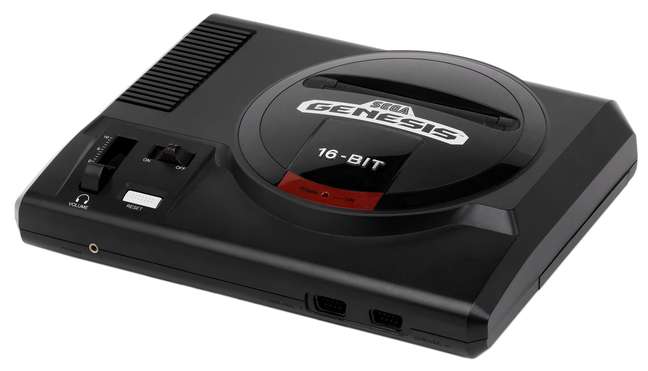 Genesis Electrified G80 is late, but it should arrive before the end of the year

Radar: The owner of Volvo will have a new brand to sell an electric pickup that has never been seen before

The AG2R Citroen team denies any contact with Nairo Quintana