Already sold in North America and Asia, the 4th generation Nissan X-Trail arrives in France to compete with the Peugeot 5008 and others. The crossover can count 7 seats and an unusual hybrid engine offered by 4 wheel drive. Price: from €42,700.

Launched in 2020, 4th The generation of Nissan X-Trail finally put its wheels in France. It is not strange for the European version of this 7-seater SUV that differs slightly from those already released in Asia and North America but which is shown here with a 4-wheel drive hybrid engine which is a first. The X-Trail adopts the e-Power hybrid technology recently introduced on the Qashqai, but this time it’s linked to a second electric motor in the rear.. An unprecedented configuration in the Nissan lineup in France, which allows the X-Trail to appear as a habitable crossover.

Since the last generation, X-Trail and Qasqhai are very close in terms of design. This is the case again. The difference in size associated with the many angular features gives a larger appearance to this new X-Trail. At the front, the “V-motion” grille and two levels of lighting also contribute to this feeling. At the back, the austerity gives the same feeling despite the dynamic style. Finally, the design of the X-Trail looks very smart, while the competition plays in sharper lines to stand out.

The same feeling inside with a dashboard that strongly evokes that of the Qasqhai but keeping in mind that the X-Trail is the top of the range. It receives on it a large screen of 12.3 inches in panoramic format and the instrument cluster is fully digital. (12.3” too). The whole thing is completed by a high 10.8” display. smartphone compatibility is of course provided by Apple Carplay and Android Auto and the multimedia system offers onboard Wi-Fi that allows connection of up to 7 devices.

The Nissan Connect Services smartphone app allows several functions to be controlled remotely, such as turning on lights or alerts when the vehicle leaves a defined area or exceeds a preset speed. In short, despite its late release in France, X-Trail remains in the race in terms of technology, especially thanks to the ProPilot Assist system. level 2 autonomous driving system that assists the driver by adjusting speed and controlling trajectory.

A house designed for families

With a length of 4.68 m, the X-Trail exceeds the Peugeot 5008 by 4 cm. the interior can accommodate up to 7 people, thanks to the third row of folding seats in the boot. which will be especially suitable for children (up to 1.60m). With the third row unfolded, the boot has a volume of 485 l versus 575 l in the 5-seat configuration. A disappointing value compared to the 780 l in the 5-seat configuration of the 5008. The tailgate benefits from hands-free electric opening and the second row of seats has USB sockets for charging smartphones and tablets.

Hybrid engine next to electric

Launched here on the Qashqai, the e-Power engine also powers the X-Trail. Two versions are possible: 204 hp e-Power and 213 hp e-4orce all-wheel drive version. We remind you that e-Power technology is new to us but is already widely used in Japan. It looks more like an electric range extender than a typical hybrid: the wheels are driven only by an electric motor (two electric motors on e-4orce versions) and the internal combustion engine is only there to generate electricity.

A system very similar to that which equips Honda’s latest hybrids, with the difference that it is not connected to the transmission at all and therefore does not drive the wheels. Electric without charging restrictions according to Nissan, but the emissions are still very high with values ​​that do not avoid penalties and vary between 132 and 152 g/km of CO.2. In terms of performance, 0 to 100 km/h takes 8 seconds for the 204 hp version and 7 seconds (7.2 in 7 places) for the 4-wheel drive. The e-pedal function launched on the Nissan Leaf that allows driving only with the accelerator pedal can be activated via a button on the console and allows the car to be braked simply by lifting your foot.

this 4th The production Nissan X-Trail is available to order from 6 September 2022 for delivery from October. Prices start at €42,700 for the 204 e-Power engine subject to a penalty of €150 and peak at €56,000 for the 213 hp e-4orce in Tekna + which is subject to a penalty of €1,172*. The device is correct from the Acenta finish with a series of safety technologies, a reversing camera, but it is from the N-Connecta that the screen takes its full size of 12.3” and that the navigation is normal. The top of the range Tekna + benefits from 20” alloy rims and stitched leather upholstery. 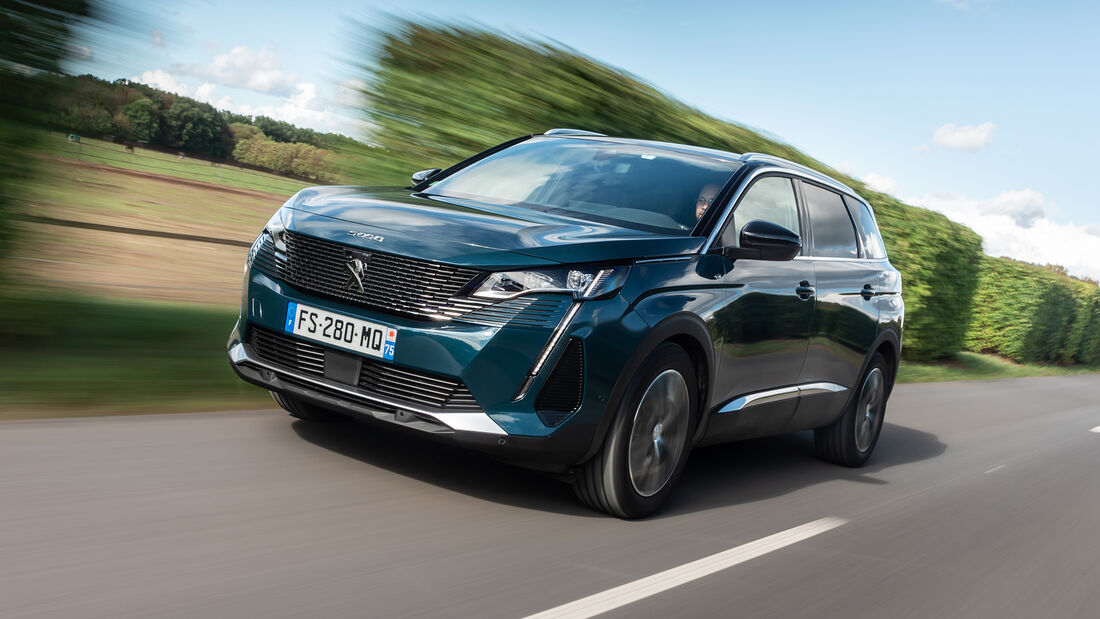 Alonso in the form of… Bond? The Spaniard makes an unusual request to Aston Martin with the eye of 007 – Formula 1

a network of entertainment car experts for Van Life lovers