It is a story that has been repeated in recent years: a major car manufacturer confirms that it is abandoning one of its sedans, especially the largest, in the face of reality. The reality is the decline in sales, the disappearance of V6 engines, the arrival of electric cars and government regulations on emissions, etc.

The last to fall in battle? Nissan Maxima, which the manufacturer has just confirmed in a short press release that will stop production from mid-2023.

“Maxima is one of Nissan’s most popular brands in North America. Today, we announced to our employees, distributors and dealers that the current generation Maxima will no longer be produced starting in mid-2023.

The company also explained that as part of its Ambition 2030 plan, the future priority will be to develop EVs and advanced technologies. Under the plan, Nissan wants 40% of its vehicle sales to be fully electric by 2030, with the majority, if not all, of the remaining vehicles to be electric.

Maxima was introduced for the first time in 1980 (in 1981) under the Datsun banner, as a replacement for the 810 model of this Japanese brand. The American market was one of the largest markets for the Maxima, and the model was built in the plant in Smayrna, Tennessee, from 2004.

Maxima sales have been falling since it recorded 67,627 units sold in the US in 2017. What about the total in 2021? About 16,386 units. The Maxima thus follows the Toyota Avalon, Buick LaCrosse, Ford Taurus and Chevrolet Impala when it exits the North American market.

In his case, however, the door remains open to a return to an altered form, an electric form. The company said that we should all “stay tuned for the future of Nissan Maxima as we travel through exciting vehicles and technological innovations.” That’s a clear sign that the automaker is considering at least keeping the name alive on a new product, which may be electric, and which could be linked to the IMs concept that the Japanese manufacturer showed in 2019 in Detroit. 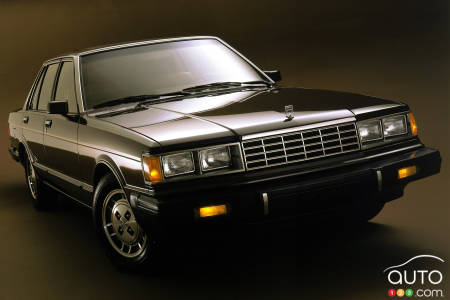 Nissan Leaf according to shutdown rumors

Ford F-150: the list of recalls continues to grow

end of orders and engine changes for a 100% electric truck.