Another that has lost its concealment. The Mercedes-AMG C 63 Estate 2023 is another of those found in northern Europe, where the final technical details of its revolutionary mechanical configuration are being polished. Additionally, the Mercedes C-Class Estate’s top-of-the-line model loses its primary lines and amenities.

The new Mercedes-AMG C 63 Estate 2023 is still in testing, but its development has advanced significantly in the previous month. If we saw a prototype with almost the whole outside body covered a few weeks ago, much of the bodywork has now been stripped of the excess vinyl layers that had covered even the rear windows and back pillars. Mercedes works feverishly to avoid further postponing the launch of this sporty variant.

The Class C Estate does not exhibit a more obnoxious look, as implied by these recent spy photographs. The overall design is quite restrained, with only the radiator grille and powerful front bumper posing a threat to anyone peering in the interior rearview mirror. Indeed, these are the components seen on the coupe, as well as the perforated front and rear brake discs and the new aerodynamic alloy wheels with a unique ring to prevent turbulence in the wheel region. 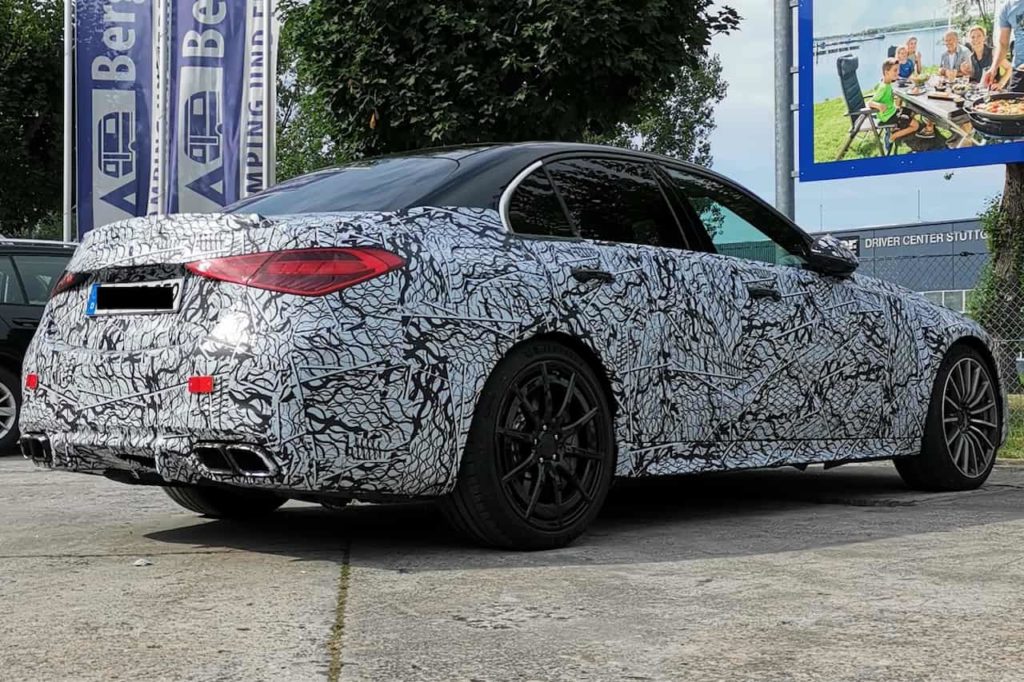 All other components of this new Mercedes-AMG model are already in serial production, including the conspicuous side skirts and spoiler above the roof hatch. One of the remaining vinyl-covered components, such as the rear diffuser between the two exhaust pairs. A factor that will be less significant than in prior seasons, since sportsmanship was unquestionable.

The reality is that the new AMG C 63 Estate is more of a wolf dressed as a lamb. Its familiar nature enables you to travel not only comfortably on board and with a big amount of stuff in the trunk, but also efficiently.

The new vehicle will be the category’s first plug-in hybrid, delivering genuinely exceptional performance that will see the M3 Touring’s very hair make its debut in the world of sporty family cars. This is one of the reasons development is taking longer than desired, but so is the unavailability of plug-in hybrid microchips.

As a result, it will include 4MATIC all-wheel drive and the ability to go up to 20 kilometers in zero-emission mode, courtesy of this engine. That is the most that its high-performance battery can provide since it has been built to provide substantially more power and reach 650 CV for a few minutes at most.

Here’s Your First Look at the Mercedes-AMG C 8 Estate. We recently got our hands on the latest prototype of the vehicle, so here’s what we can tell you about this upcoming model—and all you need to know about its release next year, too!

This gives you access to increased performance levels depending on your style of driving. The estate version is just as capable but offers an even higher level of agility. If it’s performance you’re after then look no further than AMG. Models equipped with both engine variants produce up to 850Nm of torque between 1,350 and 5,000rpm for exhilarating acceleration across every speed range.

It will have a 4MATIC all-wheel drive

The new generation of 4MATIC all-wheel drive, which is a key feature in all AMG models, enables even more dynamic handling and maximum traction on both dry and wet roads. And thanks to its automatic adjustment, it’s also more agile than ever before. The V8 Biturbo engine with a power output of over 500 hp accelerates from 0 to 100 km/h in just 3.9 seconds. 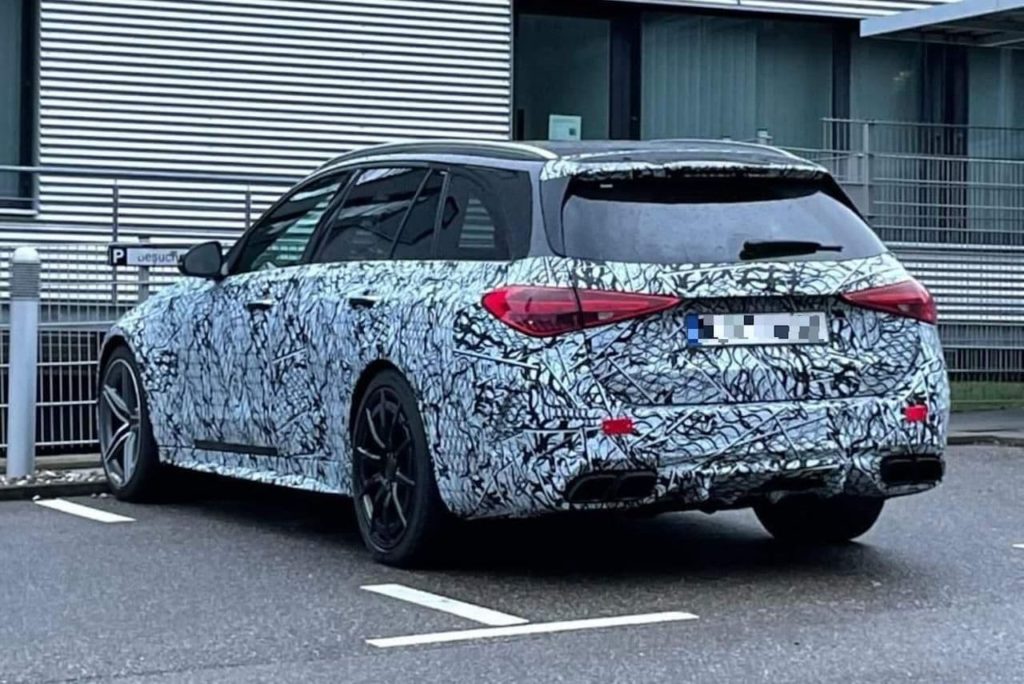 The maximum displacement of 20 kilometers in zero-emission mode.

The new powertrain will be able to travel up to 20 kilometers on a single charge. This makes it possible for vehicle range, as well as engine output, to vary according to each country’s regulatory requirements. In electric mode, maximum torque is over 700 Nm and performance is 0–100 km/h in less than 3 seconds.

The electric drive comes into its own when overtaking, with an electronically limited top speed of 250 km/h in RWD versions and 300 km/h in 4MATIC versions. When required by local law, an optional engine starts/stop function means fuel consumption figures are extremely low – under one liter per 100 kilometers.

While it’s not unusual for a new car to receive a new set of wheels, it’s still noteworthy. The alloy wheels on 2020 models will be 10 mm wider than those on earlier versions, with updated styling. The tires are wider as well: 255/40 R20 front and 285/35 R20 rear.