According to the developments, it is introducing, the Trident company is planning a spectacular spring novelty, one of the best. After the new Grecale, the new Maserati MC20 Cabrio comes next on the list. A high-performance sports automobile with no roof for enjoying the open road.

The Modena-based sports company already has a future novelty scheduled for release. After the global introduction of the new Grecale, the company’s second SUV, the company is now placing its bets on a tall vehicle with the sky as its roof, indicating a high-performance convertible. The anticipated Maserati MC20 Cabrio has arrived.

The second option the supercar was formally disclosed by the company at the conclusion of last year. And it is the missing one that will be entirely electric and come before the middle of the decade with the surname Folgore. In addition, the convertible MC20 was seen on a test day in northern Europe, taking advantage of the long winter in northern Sweden, disguised like in the official previews and with no roof hints. The focal point of a highly athletic design, the roof becomes more attractive when folded and unfolded. 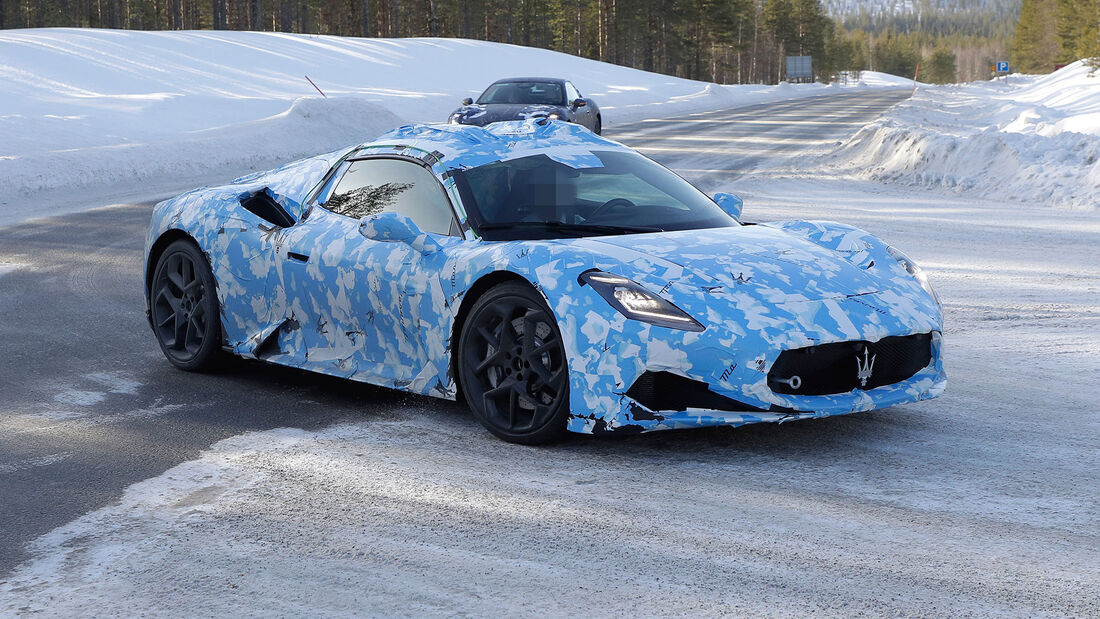 The Italian maker has been very careful with the prototypes, distorting the actual design to keep it from being found, but the “humps” behind the front seats imply a high degree of aggression. A genuine spider or roadster, as opposed to the Cabrio moniker that the Trident has chosen.

The fact is that the original characteristics will stay unchanged, with the exception of the roof, for which we do not know whether it will be manual or automatic, nor how it will fold, given that the engine of this sports vehicle is located in the center of the rear compartment.

With just two seats, the new MC20 Convertible will make its debut in the spring, at the peak of the most ideal season for its usage. Those of the Trident has called us to the 25th of May to unveil the new convertible sports vehicle and inform you of all its specifications.

Maserati has certified that its specs are accurate. For instance, the chassis will continue to be produced by the Italians at Dallara, ensuring a low weight owing to carbon fiber. In addition to the engine, the new “Nettuno” propeller will be concealed by a rear cover.

A technical block of six cylinders and 3.0 liters Biturbo that, without any kind of electrification, has achieved a maximum output of 630 horsepower, absorbed by the rear axle through an 8-speed dual-clutch automatic gearbox.

The camouflage coating extends to the roof, prompting questions about whether the roof is solid or made of cloth. Nonetheless, several aspects, such as two apparent humps, hint at the difficult answer. Comparable to the different Ferrari V8 Spiders. Therefore, there should be a hardcover that, when folded, divides into two pieces and vanishes behind the hood.

In addition to the retractable top, the Maserati MC20 Cabrio will include the same engineering as the coupe, beginning with the carbon fiber and composite bodywork and concluding with the Nettuno engine, which was created and developed by Maserati. The 2.9-liter twin-turbo V6 engine provides 630 horsepower, allowing the sports vehicle to sprint from 0 to 100 km/h in 2.9 seconds and reach a high speed of 325 km/h. This may also be accomplished with the MC20 Cabrio. Despite the fact that the topless variants of closed models are often heavier.

The V6 Neptune is linked only to the rear axle through an 8-speed dual-clutch gearbox. The rear axle is the only source of propulsion. The inside will also remain unchanged, retaining the racing-inspired aesthetic without compromising the displays – one for the instruments and one for the entertainment system – or the meticulous attention to detail.

However, the convertible version of the Maserati MC20 will not be its last innovation: while 2022 will be devoted to driving with the wind in your hair, 2023 will mark the end of the combustion engine era. In reality, the electric Maserati MC20 will be introduced in two years, increasing the zero-emission Trident family that now consists of the Maserati GranTurismo and GranCabrio. 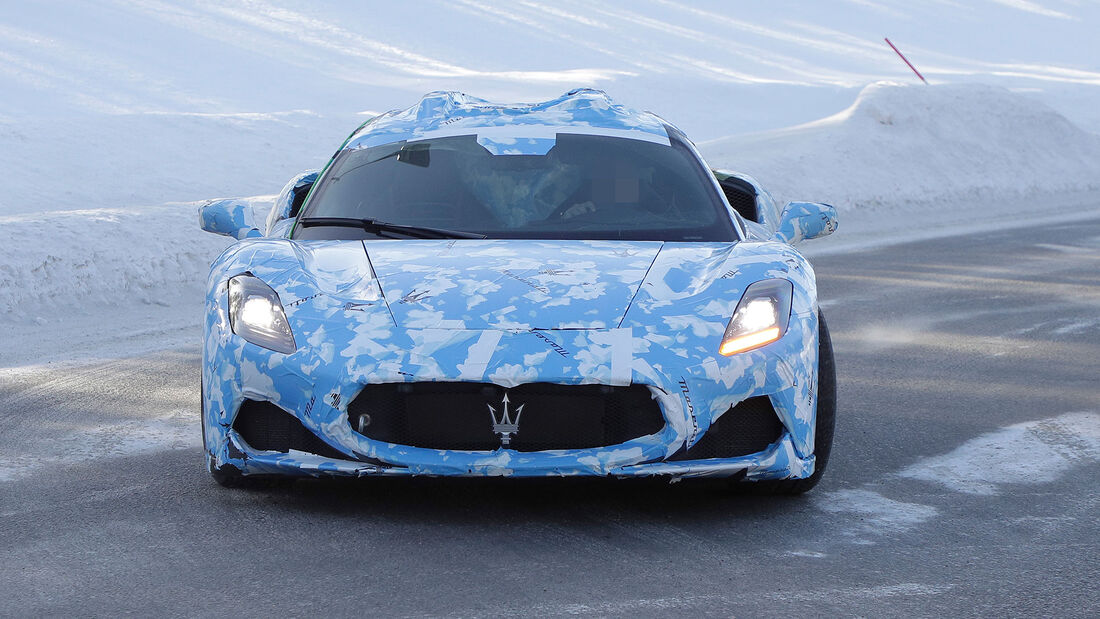 At the debut of the coupe version of the Maserati MC20, the Italians made it obvious that the coupe will be joined by a convertible. In addition, it is evident that the 2.9-liter Biturbo V6 engine will be complemented by an electric drive option. Previously, the Italians provided the first glimpse of the forthcoming open two-seater through factory Erlkonig photographs.

However, they do not precisely depict what appears on the MC20.

I want to view a convertible. The fabric shirt. Under the camouflage film’s foggy appearance, its structure cannot be seen. A retractable hardtop is plausible and likely, with the roof component vanishing behind a permanent cover. Clearly fastened side panels behind the doors do not complement a fabric-only top.

Maserati’s recent Instagram posts hint that this date will be the release date, but we won’t know for certain until May 25, 2022. Under a photograph of a clouded sky, the Italians have written, rather cryptically, that on May 25 we shall want this sky in a new manner. There is no clear mention of the MC20 Cabrio, but the red flag being hoisted is sufficiently large.

The major specifications previously specified for the coupe also apply to the MC20 convertible. The almost 4.70-meter-long two-seater is driven by a 2.9-liter V6 Biturbo engine that generates 630 horsepower and 730 Newton-meters of torque and drives the rear wheels through an eight-speed dual-clutch gearbox.

The composite and carbon fiber body encases a CFRP monocoque, which should be sufficiently rigid for usage in a convertible. The coupe’s peak speed is 325 km/h, while the convertibles should be a little below. The price of the open MC20 will be much more than the coupe’s 210 000 euros.

What are your impressions of the new Maserati MC20?

Great. Maserati is finally rediscovering what distinguishes the brand. Maserati ought to introduce more SUVs to the market.

Maserati manufactures a convertible version of the MC20 Coupe. Now, the Italians reveal the open two-seater for the first time. The technologies should be the same. The roof is most likely a folding hardtop.

The Maserati MC20 converter is expected on May 25th? – car information

Maserati MC20 Spyder 2022: This is what the new converter looks like