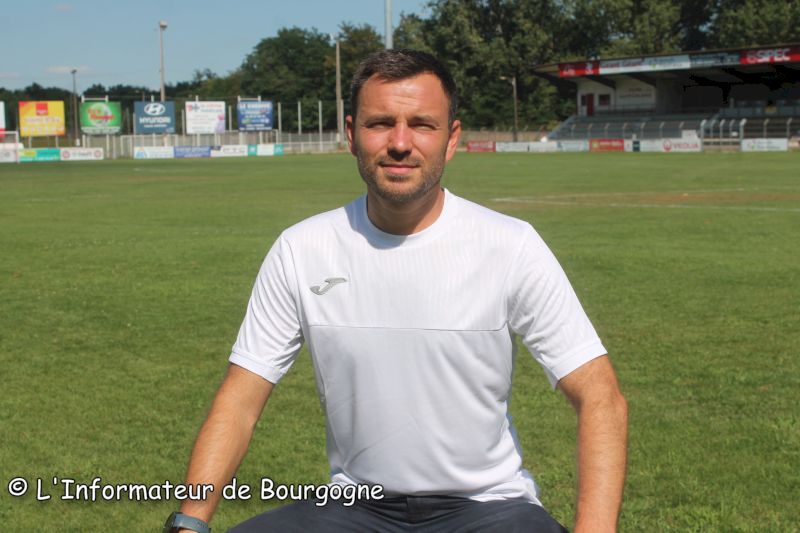 For a miracle, you will have to knock on another door. After the difficult season of 2021/2022, the new coach of FCMB is not someone to promise the moon. Aurélien Ferrari knows very well that the Montcellian club has worked hard to stay in the National 3 squad. He came knowing and shares the same philosophy of the president, Nicole Pietka and the sporting director, Lionel Large. “My ambition is to engage the group, create a foundation, develop the players to allow them to reach the next level,” says the young 36-year-old coach, whose first position is in National 3.

Perhaps a stranger, but Aurélien Ferrari has stepped on grass pitches since his childhood, especially those of AS Nancy Loraine. “I did all my studies in this club before joining the training center”. Very quickly, however, he who played striker / attacking midfielder, realized that he could never rub shoulders with experts, “so I went to the role of teacher”.

So he joined Epinal where he would stay for ten years (2009 – 2019), taking charge of the U13, U19 before taking over the club’s sporting management for the last three years. Epinal changed to N 1 then N 2. Regardless of covid, the desire for a change of scenery led him to the position of technical advisor for the Grand Est region for two seasons.

Create a team in his image

But football, he thinks about the edge of the field and the players under his control. “I always wanted a club project,” he says. “I was in contact with Mathieu Blanchard, the physical trainer of FCMB” and at the beginning of July, he settled with the Alouettes. Already the new staff of FCMB had been reconstituted, I was able to bring some touch. I still hope for the arrival of a goalkeeper and at least one defender”.

Aurélien Ferrari does not want to go faster than the music. His team especially with twelve new faces, he wants to make it a team that “looks like me” he says. Brave and hard-working players, ready to sacrifice. Because “we are about to start from scratch, I will ask the players to be real competitors”.

Next season will definitely be difficult. In fact, the elements have known the 3rd national level while most are from the region. So “we must regain composure and a blameless state of mind” he hopes. “We have to play together and in a thoughtful way, be players in our game and very efficient in transition”.

So FCMB is preparing for its opening game, Saturday August 27 in Besançon and will continue on September 3 at the Alouettes with the arrival of FC Gueugnon, derby. Even fear. Aurélien Ferrari knows the past of the two clubs, “this match, we must take it as an opportunity against the Gueugnonnais who wish to join”. The pressure is already on FCG’s shoulders.

Pressure, Aurélien Ferrari transfers it in his own way, avoids nature. He is a fan of jogging and track. “I’m taking my mind off it” and getting some comfort with her boyfriend and little boy before the arrival of the second child expected next November. Because “family is very important” like that of FCMB.

Jérémy Ferrari a former drunkard: comedian shares a new milestone in his life

This ‘leather’ Ferrari shows that even the Swiss have bad taste

Lidl makes you win a car!

“We are still two or three tenths short”