One of the most popular models in the current Mercedes-Benz lineup, in Canada and around the world, is getting a major facelift for 2023, and today the new GLC got its official presentation, ahead of its commercial launch in the summer of 2023.

For the first time, only one version will be offered: the GLC 300 4MATIC, with a 2.0-liter 4-cylinder turbo engine developing, once again, 255 horsepower, although the torque has increased to 295 lb-ft. (vs. 273 previously) . The 48-volt hybrid system that we recently saw used in the new 2022 C-Class sedan is also here and as with the sedan, it allows for an additional 148 torque, while improving fuel economy. The 9-speed automatic transmission and, of course, the 4MATIC all-wheel drive system are the same as on the previous GLC. The SUV has 19 or 20 inch wheels.

Mercedes has given the 2023 version a new four-link front suspension with shock absorbers that adapt to the road, among other improvements. Sitting on widened tracks, the new GLC adopts a new, more aerodynamic stance and gains 60 mm in length. Exterior changes include modifications to the headlights, grille and lower accents on the chassis. Mercedes promises a quieter ride especially with improved aerodynamics and sound insulation. 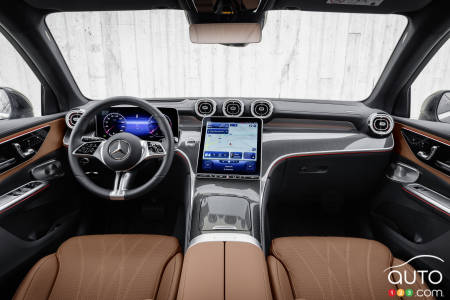 The changes are greater inside, with the model receiving many of the changes made to the new C-Class, for example new, better seats, five circular air vents (three on the console, one at each end of the dashboard), a. a large (11.9-inch) tilting multimedia screen on the center console that is no longer attached to the 12.3-inch driver data display, and a number of other buttons designed to increase the level of luxury and refinement. The luggage space increases from 550 to 600 liters with the seats fixed. A power port is included as standard.

The MBUX system has been updated, as we saw on the C-Class, and the automaker promises better human-system interaction, and more remote operation is possible from inside the home or office. And in general, there are more common devices with this version of 2023 and a simplified version in terms of devices, sets and options.

The 2023 GLC 300 4MATIC will eventually join the lineup with AMG performance versions as well as a plug-in hybrid variant. Pricing details for the new GLC will be known closer to the launch date, so stay tuned later this year. 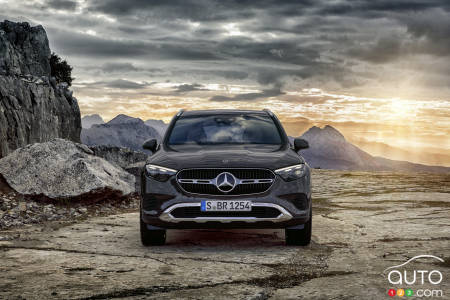 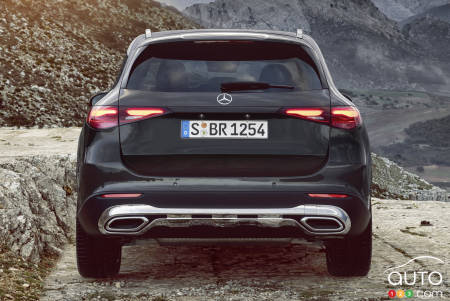 Test: The Mercedes-AMG EQS is an electric car with insane performance and a luxury apartment price Measurements

The fastest Mercedes in history has started production, but it will be for a few

Aston Martin or Jaguar? You can buy the latest James Bond cars