2023 Mercedes-Benz Sprinter, in the mud

Mercedes-Benz Van Canada has announced the upcoming arrival of the facelifted 2023 Sprinter van for the Canadian market. The model will be available in the winter.

The new version features, among other things, a new all-wheel drive system, a new 9G-TRONIC transmission, a new 4-cylinder diesel engine and improved connectivity. The OM 654 2.0 liter diesel engine is known to have been used in the Mercedes-Benz passenger car range, and is part of a range of 4-cylinder engines only, new for 2023.

The manufacturer promises smooth acceleration, high levels of torque, reduced emissions and low levels of noise and vibration with this new engine, which offers 168 or 208 horses. 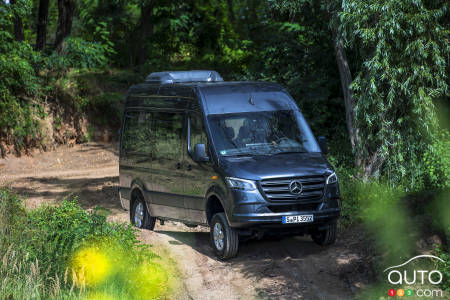 As for the new four-wheel drive system, it replaces the old 4×4 system and allows for increased power and endurance and a general improvement in performance on hard terrain, including snow of course. Automatic torque can be shared equally between the two axles, whereas the previous system favored the rear by 65%.

For 2023, Mercedes promises not only a more powerful Athlete, but also a more connected Athlete with an improved user experience. Basically, there is now Mercedes Me, a system of digital services (available for Android and iOS devices) that can connect users, both commercial and personal, to the car and make a lot of information easily available. Commercial customers, in particular, can enable their entire fleet with advanced digital services.

Another feature of the new Sprinter concerns safety, with a new camera installed at the rear of the vehicle, which displays images on the screen inside the rearview mirror. This technology allows drivers to have a clear view behind the car.

Pricing for the 2023 Mercedes-Benz Sprinter has yet to be confirmed, but that should come closer to the winter commercial launch. 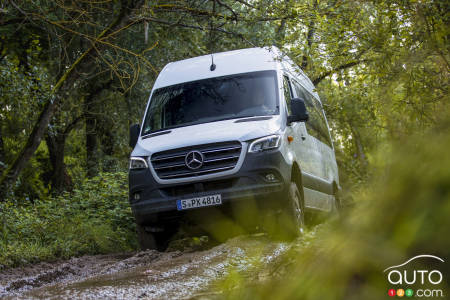 2023 Mercedes-Benz Sprinter, still in the mud! 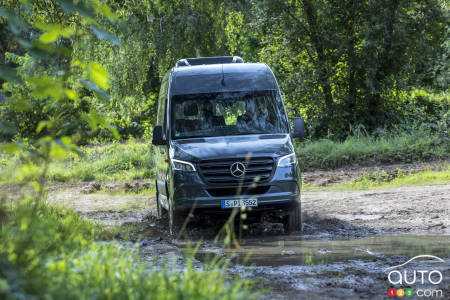