In a lengthy interview with Moto GP, Marc Márquez, the great champion who is the Catalan rider of the HRC Repsol Honda team, talks about his current rehabilitation and his return to competition.

During this interview with Marc Márquez, Moto GP also had the opportunity to attend one of his training sessions at his home in the province of Madrid.

Weeks after his fourth operation, the eight-time World Champion is now successfully speeding up his rehabilitation, even as a new scan is scheduled for the end of August, which promises to be the solution to his return to Moto GP. 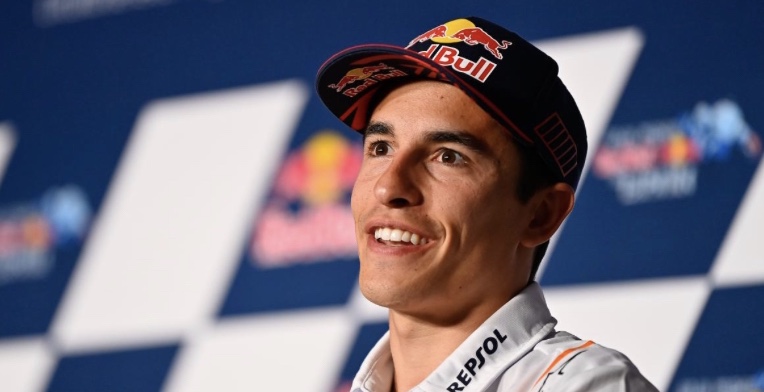 of Catalan obviously talks about all the questions we all ask ourselves in interviews, as well as the problems encountered by his team, HRC Repsol Honda in his absence.

Here, Pele combines some quotes from his statements:

” Little by little, I’m starting to feel better. The priority is the bone to heal properly. »

“I was waiting for a long time to have such a feeling. »

“I am talking a lot with Santí and my team about 2023. I will also be in Austria because an important meeting will take place there with the Japanese. »

“Last time, I was too detached in my opinion. Now I want to be more involved, just to be informed of the latest news when I get back on the bike. »

“At the end of August, I will have another medical examination. If everything goes well, we can increase the intensity of the exercise. »

“Let’s be honest, my main goal is to do two races this year or maybe just Valencia. »

“To test the next prototype, I have to do at least one race first. »

“Pecco Bagnaia is and will be one of the main contenders for the title. »

” Fabio needs help from Yamaha. He is very slow, but tends to fight in a straight line against others. »

“We need to change something in the team and on the bike, to be more competitive next year. »

These are all subjects covered by the great Spanish Champion who is currently absent from the starting grid and whom we all wish to find behind the handlebars of his Honda HRC!

Father’s Day: how about a BMW Bike with motorcycle prices?

603 parts to assemble it

Motorcycle market 2022: the summer champion is…

EWC 8 hours of Suzuka 2022: all teams and all drivers at the start

Will the bike need Ferrari adjustments?

‘The long contract with Alonso was pointless’