Lamborghini Squadra Corse has released a brief glimpse of the upcoming Lamborghini Huracan GT3 Evo2  variant. This latest version, dubbed Evo2, will make its premiere during the 24 Hours of Daytona in 2023.

Ferrari and Lamborghini’s rivalry is clear and manifest, even though both manufacturers produce goods that, although similar, are not meant for the same sort of consumer. Whatever the case, Ferrari has been making much too much noise with its new Ferrari 296 GT3 for some weeks, and the Sant’Agata Bolognese firm has not wanted to be left behind with a direct competition on its hands.

While the Lamborghini Huracán GT3 Evo2 was originally expected to arrive this year, the COVID-19 epidemic and current regulatory processes forced the Italian manufacturer to push back the launch date until 2023. A world debut will take place at the 24 Hours of Daytona, the IMSA’s annual January opener. This is an ideal situation for a company with a strong interest in the North American market.

The Lamborghini Huracán GT3 Evo2 has received scant data thus far. The Italian manufacturer took a medium ground between constructing a new car, as BMW did, and relying on an Evo kit, as Audi did. The remedy appears to have been to create an Evo2 version with a more significant alteration. Indeed, it is thought that the new car will be built on the Lamborghini Huracán STO, but will also allow teams competing with the existing Huracán GT3 Evo to upgrade their vehicles. 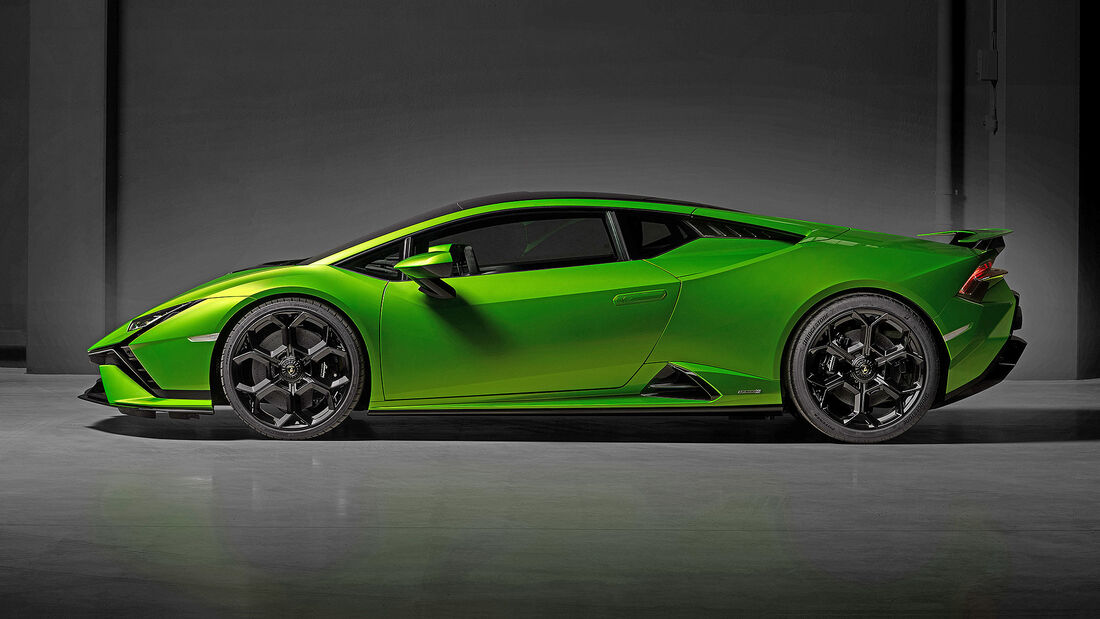 What is obvious is that regardless of Lamborghini’s choice, the competitive cycle for this new Lamborghini Huracán GT3 Evo2 will be four years, ending in 2026. However, no official presentation date has been set, and this initial shot in the shadows does not give many details about the new automobile. Naturally, the new GT3 from Sant’Agata Bolognese is expected to be every bit as extreme as its predecessor.

The huge uncertainty is whether the new Lamborghini Huracán GT3 Evo2 will be as successful as the current model, which has won at the world’s most prestigious circuits and tests this year. Lamborghini Squadra Corse intended to wink at this success story in the GT3 category, as seen by the accompanying text: ” Our narrative began in April 2015 with our maiden GT3 triumph at Monza.

In the GT3 category, new restrictions will take effect next year. This, however, enables the continued use of current GT3 vehicles in 2022. Lamborghini employs this regulation in order to develop Huracan’s Evo2 stage in peace. However, as Sanna concedes, economic factors play a part.

“We anticipate homologating the vehicle before the end of the year. However, we are taking our time. We are continuing to evaluate the car’s dependability, and owing to the Corona problem, we have decided not to utilize the new vehicle until 2023 “Sanna explains.

The Lamborghini Huracan GT3 Evo2 level is not designed for ultimate performance. “That makes no sense since there is always a balance of performance,” Sanna explains. Rather than that, the Italians are concentrating their efforts on dependability, driveability, and cost-effective maintenance and upkeep.

“Some of the new guidelines do not 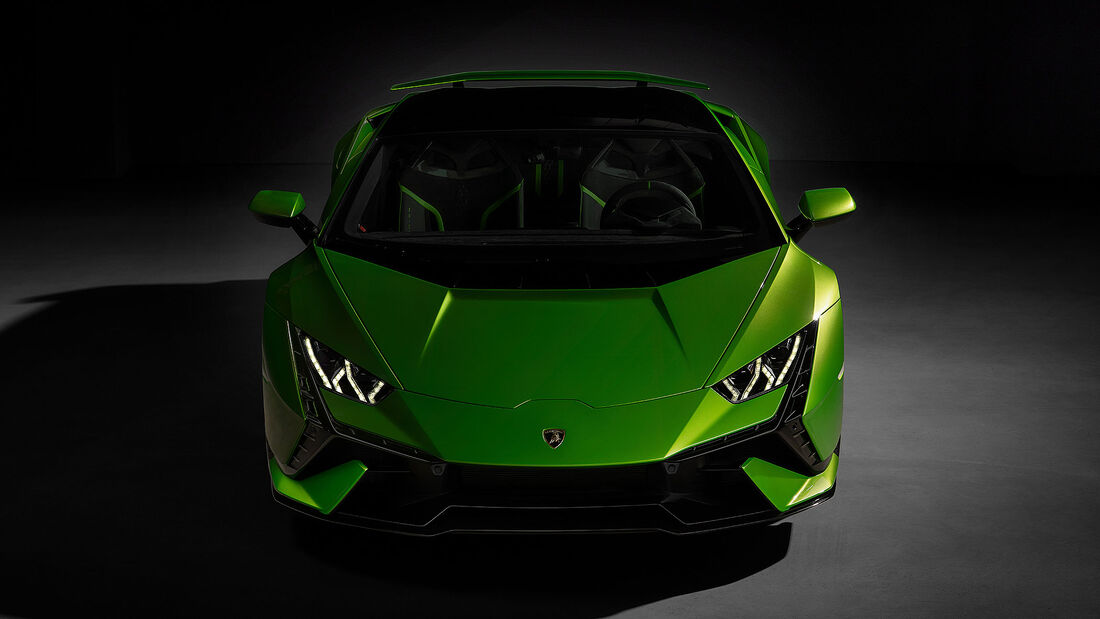 provide us with more, but with additional possibilities. In any case, we’re constantly on the lookout for innovations and enhancements to quality and, most importantly, drivability. And, of course, Lamborghini places a premium on design “Sanna continues.

The Lamborghini Huracan GT3 Evo2 might so make its debut in the 2023 24 Hours of Daytona, alongside Porsche’s new GT3 model. Additionally, the Italians want to race in the LMDh class.

“We are still working on the LMDh situation,” Sanna says. “We continue to view LMDh as the best and only means to participate in GT3 beyond GT3. Hopefully, we will be able to reach a decision on that matter shortly.”

The ACO presented the LMP1 successor regulations, dubbed “Hyper Sport,” during the 2019 24 Hours of Le Mans.

Lamborghini was one of a number of brands that took part in the working group on the LMDh guidelines. “For the simple reason that we are adamant about the category’s quality and success,” Sanna continues. Lamborghini’s commitment in the inaugural year of the new prototype restrictions, on the other hand, is improbable.

“If we compete, we will devote all available time to preparing ourselves and our teams to perform successfully. That is the way we normally do it “Sanna discloses, looking ahead to the IMSA SportsCar Championship season in the United States in 2023.

LMDh: The distinctions between Lamborghini, Audi, and Porsche

If Lamborghini receives approval from the board, the Italian LMDh prototype will make its premiere in the 2024 Daytona 24 Hours. In the new prototype class, you’d then come face to face with Audi and Porsche.

“Lamborghini is primarily concerned with customer racing. We have a select group of clients and drivers interested in competing in a top class. We must be on the lookout for potential new consumers. We regard the LMDh class as the correct route to the top class in terms of consumer sport due to its premise “Sanna explains.

An LMDh commitment would mark Lamborghini’s debut in prototype racing. On the other hand, the Huracan has been competing in GT3 racing at various Evo levels since 2015. This car has previously achieved class victories at the 24 Hours of Daytona and the 12 Hours of Sebring, as well as title victories in the GT World Challenge Europe. 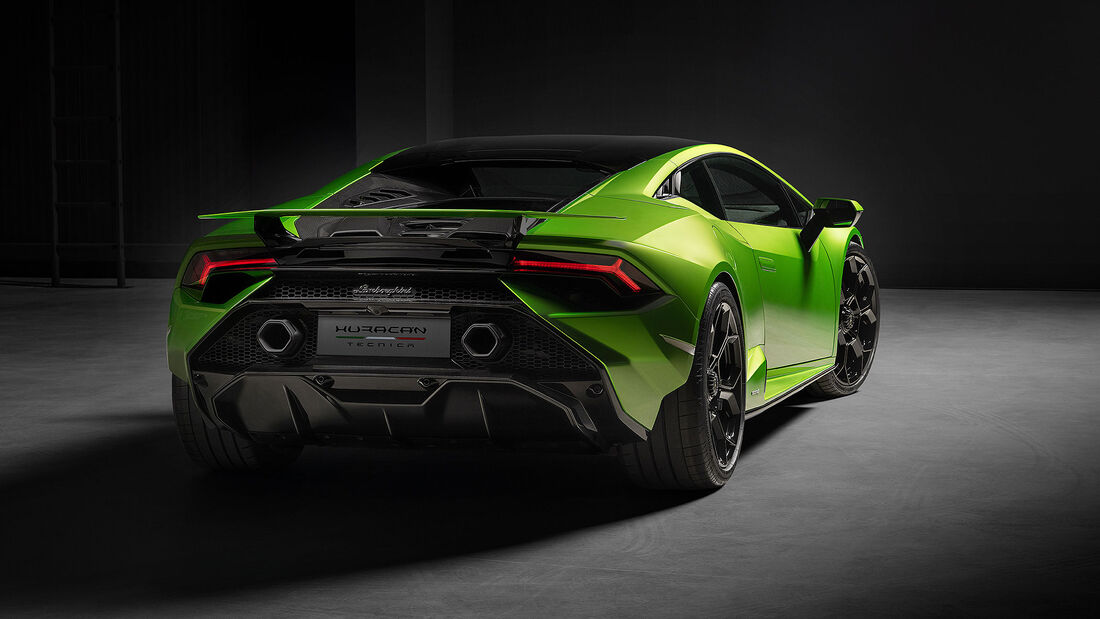 A Lamborghini is typically one of those cars that you either have to own or dream about. The Lamborghini Huracan Super Trofeo EVO2 is priced at €250,000 before taxes. If a new report by Car and Driver is any indication, we’ll be seeing an evolution of those expensive dreams in 2019. With stiff competition from Ferrari and McLaren, Automobili Lamborghini has taken it upon itself to bring us its latest installment of street-legal racing technology with none other than its 2023 edition of Huracan GT3. In typical fashion, Lamborghini didn’t give too much away as to what will make up their newest production vehicle, but they did let us know that only 150 total examples will ever be made — 50 right off the bat for public consumption and 100 with special upgrades available later on after 10 years.

Make sure to catch up on all of our Lamborghini Huracan coverage, including confirmed specs and performance figures for Lambo’s brand-new race car. A few changes have been made for evo2. With its evolved bodywork, it weighs just 2,800 pounds with a full tank of fuel. While you might expect that weight number to come down even further as new technology is developed and implemented, because of safety mandates it isn’t expected to drop by more than a couple hundred pounds. This means lap times will probably still be well into the high 1:14s—but will require far less maintenance overall.

For just a year, Lamborghini has reigned as king of GT racing. The 2018 racing season for cars like Porsche’s 911 RSR and Ferrari’s 488 Pista is well underway, so Lambo had to act fast to stay on top. By releasing these new pictures today, we see that their plan is already in motion. The new Lamborghini Huracan GT3 Evo2 will be an even more competitive car than its predecessor. It looks like it will have all-new bodywork, including a massive rear wing and extended front splitter to help with downforce at high speeds. The engine also looks completely different from before—it now appears to be turbocharged, which should make it even faster than before. We expect more details about what makes up these changes soon! 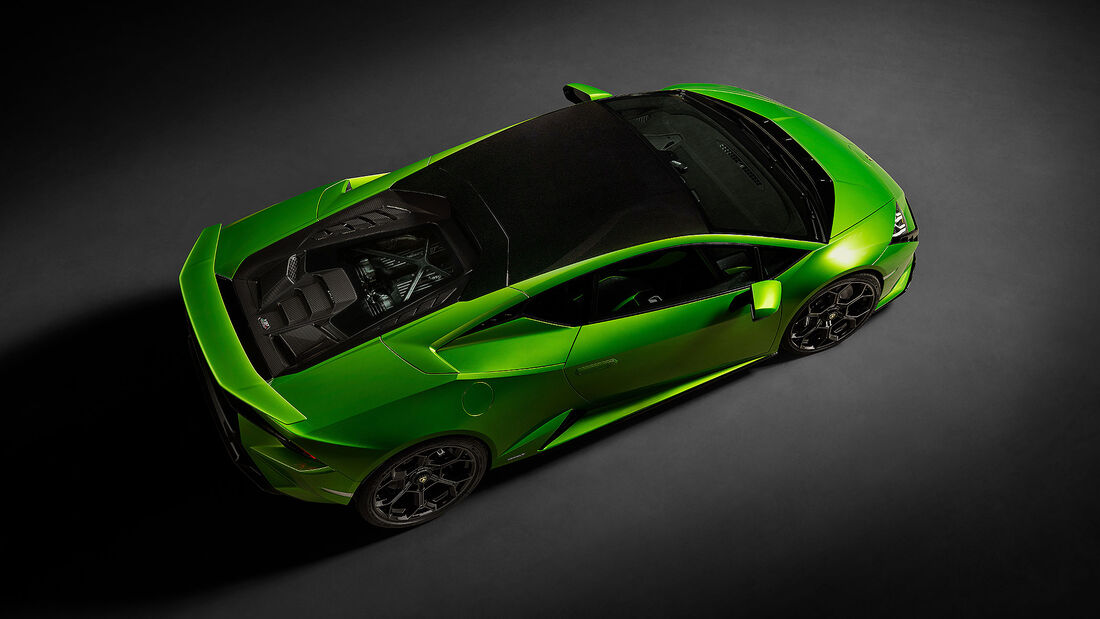 Lamborghini has unveiled its new race car, a heavily revised version of last year’s already spectacular Huracán Super Trofeo Evo2 that’s based on its upcoming road-going Aventador SVJ. Don’t be fooled by how tame it looks – beneath that closed nose, there are a bunch of changes designed to keep lap times as fast as possible. For example, those rear louvers are no longer for show; instead, they can actually open up to feed more air into Lambo’s 6.5-liter V12.

The evo 2 specification super Trofeo is based on Lamborghini’s all-new Lamborghini Huracán LP 620-2 Super Trofeo. After all, it was developed in collaboration with a team of professional motorsport drivers and engineers, who tested it to meet each requirement of customer teams and national race series. If you’re looking for ultimate performance and agility in both streetcars and competition vehicles, check out Evo 2. In fact, get inspired with some details below

No, at least not yet. Lamborghini representatives were quick to point out that changes may still be made and Lambo will do what it can to make sure that customers can buy a road-going version of their race car. Is there any chance of a supercar like an all-wheel drive? No, but we doubt anyone is crying over that omission.

How fast is a Lamborghini Huracan GT3?

Lamborghini is known for its powerful cars, especially when it comes to its top-of-the-line supercars. So it’s no surprise that enthusiasts are clamoring for more details about Lambo’s new model, which promises to be one of its fastest yet. That’s right: we’re talking about a 1/4 mile time of 10 seconds and an electronically limited top speed of 315 mph. This doesn’t sound like your everyday supercar; even Ferrari would have trouble competing with that kind of performance.

As of August 2018, Lamborghini has sold over 15,000 vehicles since it introduced its first car in 1963. Some of those cars were used by law enforcement agencies in countries around the world. Today, however, we’re going to focus on one specific vehicle: Lamborghini’s new Huracán GT3 Evo 2 . It was revealed on August 1st at a special motorsport event for Lambo fans held in Stuttgart. While that doesn’t seem like a big deal for most people (after all, you can get more than enough info about just about any car these days thanks to Wikipedia and YouTube), there are several reasons why enthusiasts might be interested in learning more about how supercars work.

Lamborghini has revealed their new and updated race car at their headquarters. Included in these changes is a 4-liter V10 engine that generates 580 hp; an increase of 60 hp from its predecessor. Aside from power, engineers have also included a new TROFEO button on the steering wheel that enables drivers to instantly adjust throttle sensitivity, stability control settings, launch control functionality, and much more. Drivers will be able to choose one of three driving modes: Qualifying mode delivers up to 80% of available torque to all four wheels while Strada mode acts as a sort of intermediary option between Qualifying and Race modes.

Despite its name, it isn’t powered by a V10 engine. In fact, it uses a 3.8-liter twin-turbo V8 that produces around 750 horsepower and 650 lb-ft of torque. It also has carbon fiber aerodynamic elements, making it easier to turn into corners while maintaining traction and control on the track. On top of that, there are adjustable coil overs in order to allow racers to adjust their suspension at will, providing better handling and performance no matter what kind of track they’re racing on.

Inspired by STO, the Lamborghini Huracán GT3 Evo2 won the tracks in 2023 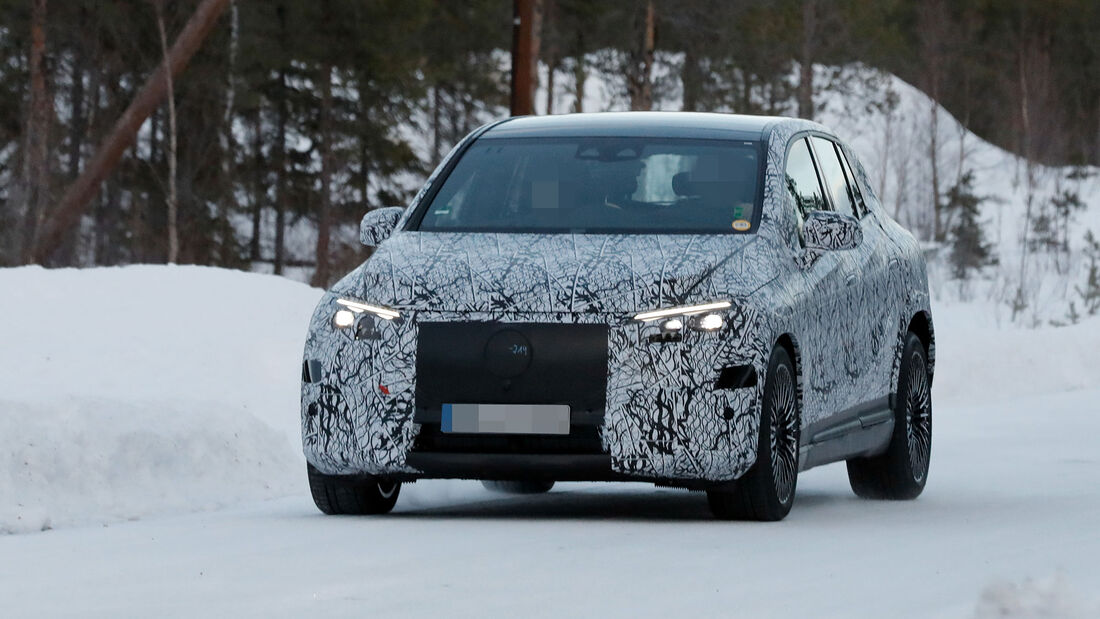 Mercedes EQE 2023 Soon Will Be On Markets