Lewis Hamilton and George Russell are facing their first season as teammates formula 1. After many years with Finnish Valtteri BottasThe seven-time world champion has to face a young, hungry rider rich in talent.

The first part of the 2022 season saw Mercedes struggle with a project so ambitious, but so extreme that it often highlighted the difficulty of the W13 and the main issue facing the team as a result of the bold design of the car: jumping.

Despite all that, George Russell stood out by taking three podiums and reaching 128 points in 11 races, 19 ahead of Lewis Hamilton with 109. To have a complete picture of the situation, it would be wise to wait until the end of the season. , but Russell’s beginning is already a reality.

The boy who arrived after three seasons at Williams already seems ready not only to fight better – and there was little doubt about that – but even to lead the team and help them out of the problems that have been seen in the first seven months. of 2022.

This is the opinion of Lewis, who had the opportunity to study, know, understand and evaluate Russell’s qualities: “I can’t say it’s difficult to be George’s teammate, it’s nice. We work together and we do very well. “

“George is very positive…He’s also had a positive impact in the work environment and overall it’s been a pleasure to work with him and it’s great to see what he can achieve. He’s done a great job.”

“I think he has a lot of potential to become a world champion and he is also in a good place for that. I think whether he is there or not, he has all the qualities to help the team move forward and take it. Success, so I think it was the right choice for the team. I hope I can contribute to a certain extent. to help them get stronger.”

Hamilton’s words were also circumstantial, because it’s not often that a teammate puts him in such a difficult situation for a long season, but they are honest all the same. The two Britons are working together to try to get Mercedes back to where it was for the last eight years, but the road will still be long.

George Russell himself recently talked about his approach to Mercedes on a podcast Beyond the Grid: “I like to look at things as clearly as possible. Things can change very quickly in Formula 1 and signing a contract to join the biggest team this season is definitely a big moment for me.”

“But if I don’t do well, get kicked in the ass by the greatest driver of all time, what does that mean? It means in a year I could be out the door at Brackley.”

“Getting to Mercedes was a big step in my career, but it’s a bit like the image of a boy climbing a mountain: he thinks he’s at the top, he looks up and the top is many miles away, but he sees another top. And that’s how I see F1. There’s a lot to celebrate at a time like I want to be world champion, I want to win races, but signing a contract with Mercedes is not a guarantee of anything.” 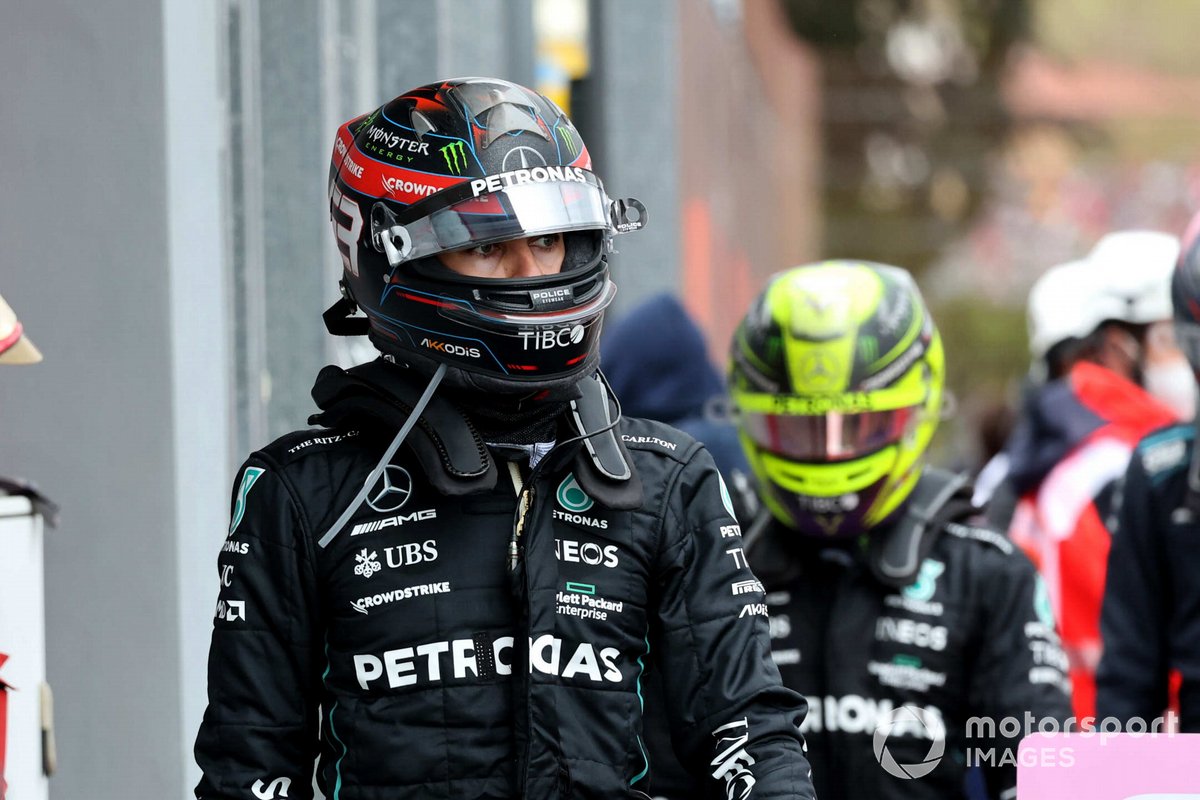 Mercedes reveals missing parts after crash: ‘We might not compete’ – Formula 1 News

George Russell and Lewis Hamilton, the holy union to bring Mercedes back to the top

Damian Lewis: A year after the tragic death of his wife, the actress seems to be finding love

“He has all the qualities to lead Mercedes to success”, Lewis Hamilton praises George Russell!

“It’s our job to deliver the fastest car and win the championship,” says Toto Wolff

the pilot’s chair dances will rock the holidays; see details

Driving in a puddle of oil, that’s a bad idea