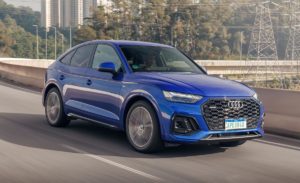 It was with the SF90 Stradale, at the beginning of 2021, that Ferrari launched its first hybrid model in Brazil. The Spider convertible version arrived last February. Both have a 780 hp V8 turbo engine. With the electric system, the SF90 reaches 1,000 hp!

The new line of hybrids arriving in Brazil goes by the name 296 GTB (with 2.9 engine, 6 in the number of cylinders and the acronym for Gran Turismo Berlinetta), Ferrari which rescues V6 engines after almost 40 years without cars. of this type of engine. The super sports car was presented at the showroom of Via Italia, Ferrari’s official importer, in São Paulo.

Under the rear hood, the super sports car packs a powerful 3-liter V6 biturbo engine that produces 663 hp along with an 8-speed disc transmission, F1 rear wheel drive. When it is turned on in the actor’s showroom, its snoring attracts everyone. But imagine running the machine without any noise?

Yes, the 296 GTB, with the V6, has a plug-in hybrid system of two electric motors on the front axle and one more that goes to the gearbox. In electric mode, it is possible to drive silently for 25 km at a limit of 135 km / h, until the V6 is needed and wakes up.

Together, the engines reach 830 horsepower and a powerful torque of 75.4 kgfm. These characteristics allow the supermachine to accelerate from 0 to 100 km / h in just 2.9 seconds and reach a maximum speed of 330 km / h.

With a minimalist design, inside and out, the 296 GTB has been sculpted with its aerodynamics to deliver optimum performance. Note that under the headers, the gap is the purpose: the inlet helps to reduce the breaking elements.

This two-seater Ferrari Berlinetta, says the company, redefines the idea of ​​fun driving to ensure a pure feeling in everyday driving as well. It must be so much fun to get bread from the bakery or send your child to school using this cute machine!

Sales are increasing in the South and Southeast

Eduardo Alves, commercial manager of Via Itália, estimates that 20 units of the new Ferrari 296 GTB are sold per year in Brazil. An understandable number for the importer, which closed the contract with 35 units throughout the year 2021.

Alves highlights the South region as an important market, the second largest after São Paulo for the brand. The executive cannot count the amount of Ferraris sent to Santa Catarina, because some cars are licensed in São Paulo and other regions – the so-called seasonal customers or “travelers” – who come from other regions and circulate in Florianópolis and coastal cities in the season of heat, for example. There are also an open number of SC driven Ferraris available for independent import.

The waiting list also became a reality for the Maranello brand. Alves says that depending on the design and customization requested, Brazilian customers can wait up to a year for delivery. The factory ended 2021 with the production of 11,500 cars. A little, compared to the 15 thousand estimated before the 2022 pandemic.

Through Italy popular today are the F8 Tributo and F8 Spider, models that have already been given the final order, although the delivery, delayed, is guaranteed until 2023. The price is between $ 4.4 million to $ 4.4 million. $4.9 million.

Red is still the most requested color in Brazil (and around the world). The first and only example of the Ferrari 296 GTB landed in Brazil comes in Rosso Imola (metallic color). According to Eduardo Alves, Ferrari has more than 20 shades of red, depending on the line.

The 296 GTB is a new project and does not replace other Ferraris, it comes to add to the range. Its price has not yet been set and delivery is scheduled for December. To give you an idea, the GTB 296 will be positioned above the Ferrari Roma (R$3.3 million) and below the F90 (R$7.7 million). Make your bets.

Audi has started pre-sales of the new Q5 TFSIe quattro with prices starting at R$ 413,990 in direct sales mode and in 300 exclusive locations.

Imported from Mexico, the model is available in SUV and Sportback guises, Performance and Performance Black versions, and launches a new family of plug-in engines (PHEV) in the country.

The new engine represents the 3rd generation of the 252 hp 2.0 TFSI engine that works in conjunction with a 105 kW (143 hp) electric motor. Combined, this Audi delivers 367 horsepower and 50.9 kgfm of torque.

The kit is mated to a 7-speed S tronic transmission. In electric mode only, the maximum speed is 135 km / h. In purely electric mode, the battery provides a range of between 56 and 62 km, according to Audi.

Renault do Brasil confirmed an investment of R$ 2 billion for the production of a new platform, CMF-B, a new SUV and a new 1.0 turbo engine. The investment is part of Renaulution’s strategic plan.

The CMF-B platform will allow the arrival of new products in the future, developed for power transmission. The SUV with the new 1.0 turbo engine should debut in 2023 and be positioned above the Kwid and below the Duster, targeting the Fiat Pulse segment.

Profit is the goal. The strategic plan, explains Ricardo Gondo, president of Renault do Brasil, is to offer new products in the highest segments of the market.

The R$2 billion announcement comes after the last R$1.1 billion round announced in March 2021, targeting the launch of the 100% electric Zoe E-Tech and Captur with the new turbo engine TCe 1.3 Flex in 2021, as well as 2023. the Kwid, Master, Duster and Oroch model range, the latter two with the option of a turbo TCe 1.3 Flex engine.

This latest investment round also included the pre-sale of the 100% electric Kwid E-Tech, with delivery scheduled for August this year.

Part of Nissan’s US$250 million (R$ 1.1 billion) investment announced earlier in April for the Resende (RJ) plant will be directed towards a new model to be produced at this plant, where the Kicks is already made.

Although Airton Cousseau, president of Nissan Mercosul, elaborates a little about the new car, he refused to be the Versa, which is now being imported from Mexico. Apparently, it will be an SUV on the Kicks, competing with models the size of the Honda HR-V.

Cousseau says that the brand is not looking to grow in market share, which today is 3%. “Our goal is not to reach 10% of the market. We can have less, to maintain ourselves in a sustainable way, in the blue”, he comments.

In the second half of the year, Nissan should start ordering a new generation Sentra, with a 2.0-liter gasoline engine and, from 2023, bring a sedan with an e-Power hybrid engine – its electric motor has batteries charged with gasoline. engine..

If the e-Power system can be used, its use in Kicks versions will not be ruled out. 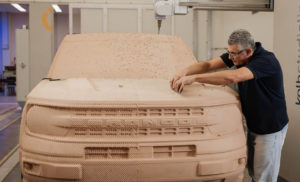 Ford stopped producing cars in Brazil in 2021, but it did not stop investing in the country. The North American brand has decided to maintain a Development and Technology Center in Camaçari (BA) and this year alone expects to earn R$ 500 million in services exported.

Ford has a workforce of 1,500 engineers working on global brand projects, supported by powertrains, connectivity systems and autonomous vehicles.

Brazil represents one of the 9 engineering centers around the world. Daniel Justo, president of Ford Latin America, highlights the versatility, creativity and experience of this national workforce, which today often works on international projects.

Among the examples he cited was the team’s work on the design of future Lincoln electric cars, a brand that isn’t even sold here. The team is also working on the next generation of Ford’s in-car media systems.

The Brazilian team is also responsible for creating and improving a third of the onboard features, such as the Mustang Mach-E’s “One Pedal Drive” – ​​which allows driving using only the accelerator, without pressing the brake pedal – and the “Zone. Lights”, which controls the exterior lights of the F-150, as well as Lightning, its electric version.

In the development of self-driving cars, Brazilian engineers contribute to the installation of sensors, radars and cameras and in projects to refine these systems, when driving driverless cars.

Ford has approximately 2,000 Brazilian employees based in Camaçari, in Campo de Provas de Tatuí (SP), as well as facilities in Salvador, São Paulo and Pacheco, Argentina, where they produce the Ranger.

The luxury market is not in trouble: look at the sales figures of Ferrari, Lamborghini, Bentley…