In mid-August, during the Monterey Car Week, Audi put together its trio concept from the family of spheres – space, world and cities – that anticipates the electric future of the Ingolstadt brand.

This opportunity was used by us for close contact with three of concept for green from Pebble Beach, the location chosen for photography – at the beginning of 2023, the spherical family will be quartered, including the activesphere, one of which has already been released. a joker.

They are more than a fashion exercise. Field prototypes also expect high-tech features that will serve the production models of the future electric series of the Ingolstadt brand.

MUST SEE: For a week Monterey was the capital of the world’s car festival

Among them, the L4 level of autonomy stands out (in special traffic conditions the driver can completely hand over the responsibility of driving the car to the car itself, without further intervention), the 800 V electrical design with very fast charging, and the autonomy of 600 km up to 750 Kilometers on one full battery charge, depending on the model.

What we need to know is the concept of activesphere, which will be launched in early 2023. When we asked why he was not taken to take pictures on green of the 18th hole of the Pebble Beach golf course, the answer could not be more honest: “it’s not ready yet”.

The first is the least likely to happen.

What he tells me is Oliver Keyerleber, strategy director of concept cars field from Audi, before going into what each of the other three models we have in front of us means.

In Keyerleber’s words: ” concept of space he was the first in the family and he plays with this idea of ​​a recreational vehicle with two personalities, because it can be driven with a short wheelbase, for faster handling, or change to an autonomous vehicle, increasing the distance between the wheels. forward and backward, disappear the steering wheel. It was created by our studio in the United States”, which is reflected in its general lines, and something Corvette.

The advanced mechanism allows the car body and frame components to slide to change the height between the axle and the car by 25 cm (the same difference between the A7 and A8), while the ground clearance is adjusted by 25 cm. cm to improve any comfort. or driving dynamics.

But despite being the first to be revealed (August 2021), the sky is, among the three concept known, which is less likely to be found in a serially produced model. 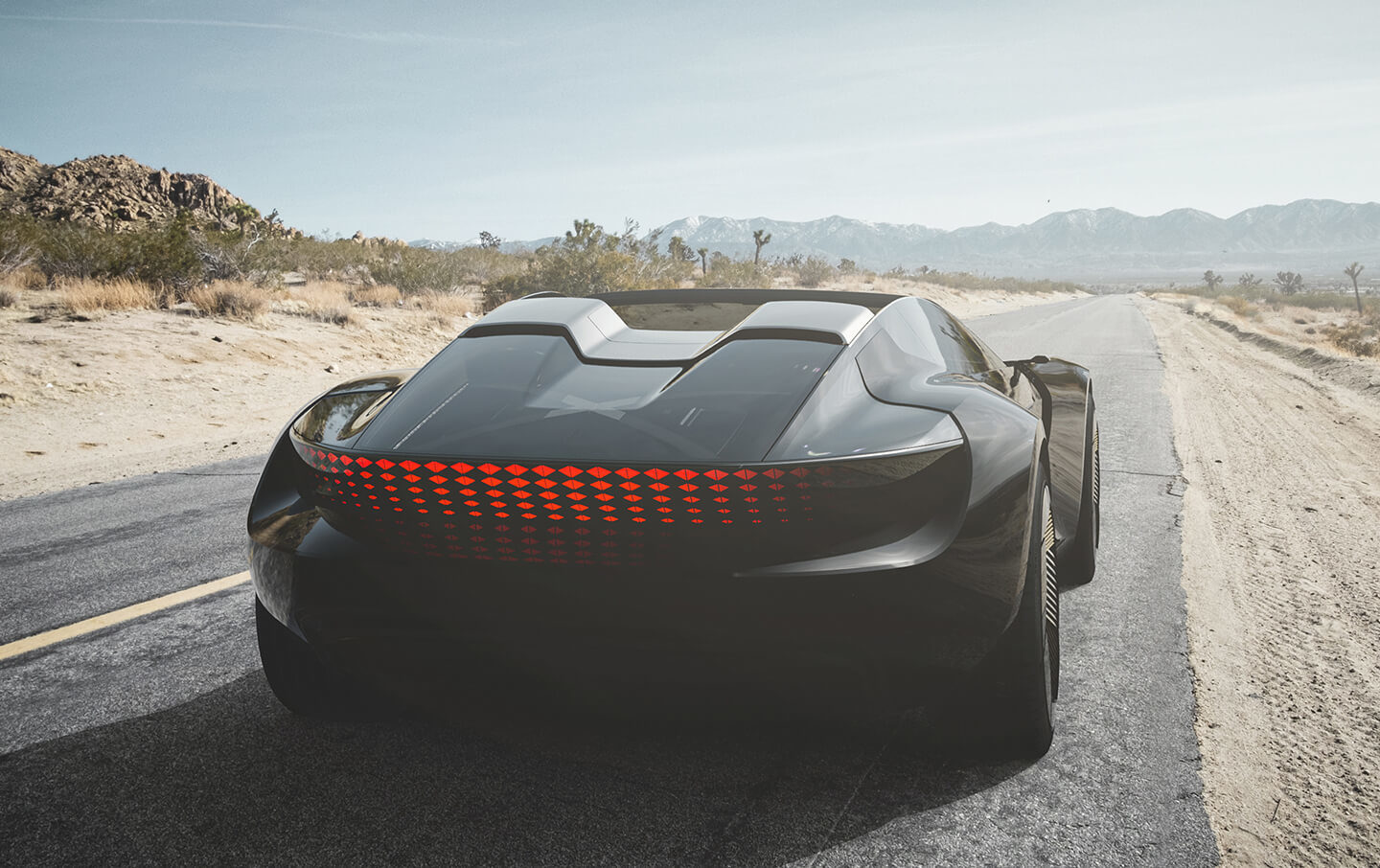 Not only that the variable wheel should remain “on the drawing board”, but the variable has lost market share in the last decade and now there are other priorities, but that does not mean that the situation will not change again. Polestar seems to believe so, with its Convertible 6 model, due in 2026.

The new A8 is almost ready

Then, chronologically (September 2021), it came grandsphere conceptproject led by a European design team.”

It is our idea for the future Gran Turismoof sports, for four people, but favoring the front row, while integrating the technology of autonomous driving”, explains Keyerleber, who concludes by considering the contribution of the very reduced hood to a unique and powerful silhouette.

During its presentation, we had the opportunity to speak with Marc Lichte – Audi’s number would be the new peak of the German brand’s range in the middle of this decade.

What is not yet known is which platform will be developed. On the one hand, Audi and Porsche are finishing the development of the Premium Platform Electric (PPE) architecture that will be used by the majority of their future electric cars – starting with the future Q6 e-tron. 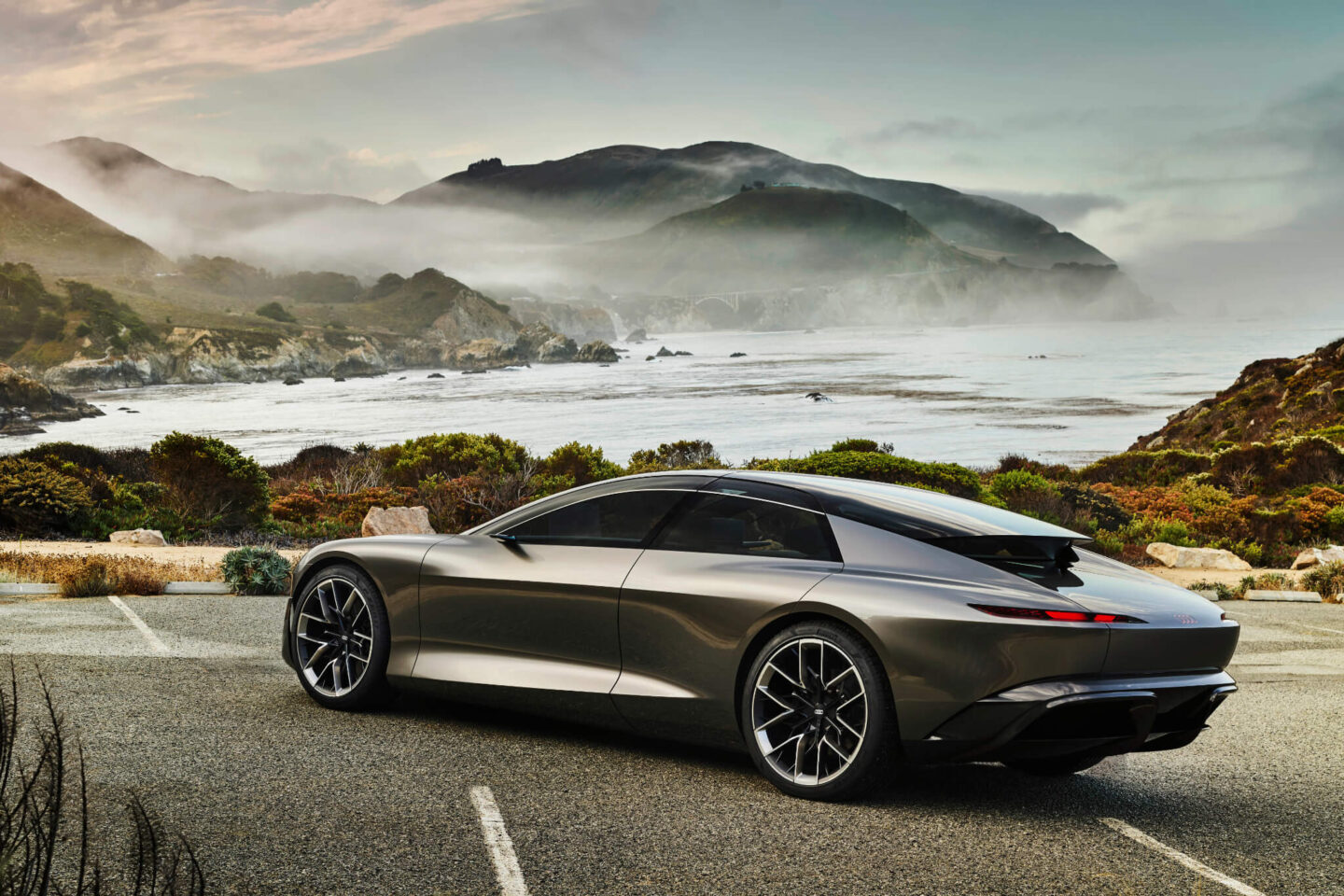 But Volkswagen is investing heavily in its future electric SSP architecture and will naturally try to share costs within the Volkswagen Group, emphasizing cooperation. Regardless of the platform chosen for the future A8, the important thing for Audi is that there is technological differentiation and positioning to prevent any kind of cannibalization of sales between different brands.

Not even an MPV

The third pillar of the strategy concept of urban environment (April 2022), shifts the focus on the travel experience, to the well-being of the second-row passengers.

“It was created by a Beijing studio and took into account the many needs of the Chinese market, where most car owners are payment and luxury is led by drivers “, explains the “father” of the field clan.

But close sources, who prefer to remain anonymous, assure that if the project was born and culminated in a small Chinese car, the truth is that the part of autonomous driving that cars will have in the future ends up returning the interest of cars and formats and the concept of MPV use also for the United States and Europe.

The doors of the urban world are hinged back and there is no central pillar, so access to the saloon of the 5.5m long people carrier – with an impressive 3.4m wheelbase – is as wide as possible. 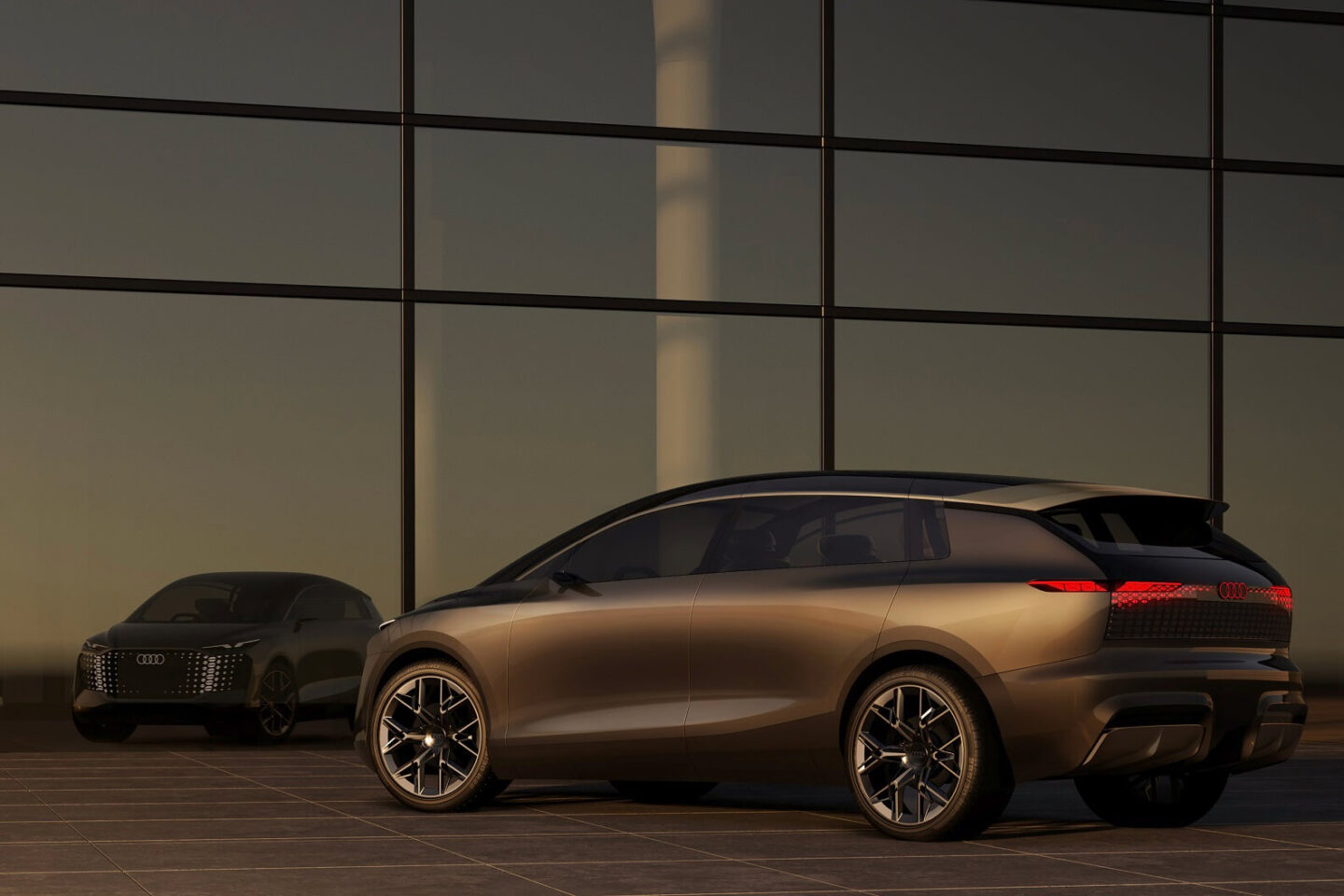 The swivel seats on the outside and the red carpet of light projected on the floor along the side of the car turn the very act of getting into the car into a comforting experience.

Four individual seats in two rows provide first-class luxury. In Relax and Leisure mode, the backrest can recline up to 60º while the legs are extended at the same time.

When chatting, passengers can turn to each other in their swivel seats, but if there is a need to separate, the privacy screen placed behind the head can be lowered. In addition, each seat has its own sound zone and head mounted speakers.

For more shared moments of entertainment (watching movies) or work (video conferencing), there is a large format OLED screen (which occupies the entire width of the cabin) that descends from the roof to the area between the rows of columns. seats – “trick” similar to that of the new BMW i7.

SUV/Crossover on the way

On top of activesphere we have only a half-hidden drawing and some details given at the expense of Audi designers, who always try to hide the game until the time of the physical revelation of any project.

Name, as in the other three conceptit starts by revealing the philosophy of the car: the activesphere will be «crossover coupé» or «SUV coupé».

The official statement about what it will be is that it will “aim to provide a high level of work-life flexibility”, and it was possible to prove this. concept it will have the same length as the current Audi A7, that is, less than five meters. And its electric range should be about 600 km.

It’s true that Audi is already well served by SUVs in all segments, the global demand for cars with this type of silhouette is such that there is room and market for everyone, so we can expect to see it on the road between three and five. years old.

Audi gives us an advanced preview of its future electric cars

Audi A3 Sportback 35 TFSI S line. In the middle is virtue?

Discover Maringá’s ‘White House’, which is for sale for R$ 4.5 million