We are in 1969 and the company created by Vicenzo Lancia is going badly. Bad for the Agnelli family to buy Lancia. The Beta sedan (β in the Greek alphabet) is the first sedan of the Fiat era.

In just two years, the car was presented in 1972 at the Geneva Motor Show. After the other Aurelia and Fulvia (Roman road names), the new sedan returns to Lancia’s roots by adopting Greek letters and front-wheel drive. The child of a forced alliance, the βeta will borrow its engines from the Fiat group.

Lancia reworked this engine as the Beta is a drag and the original Lampredi motors were designed for Fiat 124 sports and Fiat 125which are he gives. By the way, the engineers of Lancia improved low-end horsepower and torque.

The Beta comes in two and a half cubic meters, like the GS and Renault 16, with a length of 4.32 m on a wheelbase of 2.54 m. If the bodywork is smooth, the equipment is amazing: 5-speed gearbox as standard on all engines, brake assist with 4 discs, instruments and rev counter, iodine lights, adjustable steering wheel.

For 1600 and 1800, you can also receive automatic headlights, windshield wipers with two speeds and intervals, adjustable head restraints and laminated and tinted glass. The style change will be very reasonable on the three-row sedan, which stops in 1984.

The Beta Coupé, designed by Pietro Castagnero, was presented at the 1973 Frankfurt Motor Show but only appeared commercially in 1974 due to the first oil shock.

It is a 2+2 coupé with a wheelbase reduced to 2.35 m, with two comfortable and spacious front seats, a large trunk but two rear seats that are too deep, especially in length. The body of the coupe was larger than the sedan.

The Beta Coupé benefited from a first facelift in 1978, then in 1981 with the appearance of a new generation grille. A 2-liter engine with electronic injection, already in the saloon, was available but, in June 1983, this last engine was fitted with a mechanical compressor called Volumex.

Power increases to 135 hp and greater torque is provided with any upgrade. The Volumex can be identified by the VX logo on the grille, the protuberance on the bonnet and the black spoiler and spoiler. After 111,801 units, the coupé was discontinued in 1984.

At the 1975 Geneva Motor Show, Lancia unveiled the HPE (High Performance Estate), a hatchback coupé coveted by Ugo Gobatto, president of Lancia. Pietro Castagnero, an inspired designer, can combine the practicality of a station wagon, the elegance of a saloon and the elegance of a coupé.

It used the long wheelbase of the sedan and took the front part of the coupe. First in 1.6 l and 1.8 l HPE then benefits from 2 l, more flexible as it is faster to climb the towers. The car has excellent performance (185 km / h) and road behavior above all suspicions.

In 1980, the last evolution of the Beta series was called Trevi for Tre Volumi – volume 3. On the wheel of the sedan, we draw a classic sedan of the third volume, with a classic style.

The Trevi uses the engines of the 2 and 3 series sedans but with a dashboard inspired by Mario Bellini’s extreme style. The dashboard is perforated with 19 holes of different diameters for speedometers and pressure gauges.

Monte-Carlo, everything for sports

In 1975, still in Geneva and at the same time as the HPE, the Monte-Carlo coupé (coupe and spider) had the honor of presentation. Designed by PininFarina, it is a sports machine par quality.

A solid two-seater, the engine is placed in the middle position. First with a 2 l of 118 hp, the Monte-Carlo received a turbo version in 1979 for competition.

In 1980, it won the German DRM championship as well as the world sports car championship in 1980 and 81. The evolution of the Monte-Carlo rally was called the Lancia Rally 037.

The Rolex Monte-Carlo Masters features the new Maserati and Grecale

Skoda Fabia Monte Carlo. What are the changes in the more sporty Fabia?

Test: Mitsubishi Eclipse Cross is overshadowed by the Compass, Taos and Corolla Cross, but it has its own virtues | Measurements

Pound at record low against dollar after expensive “mini budget”. 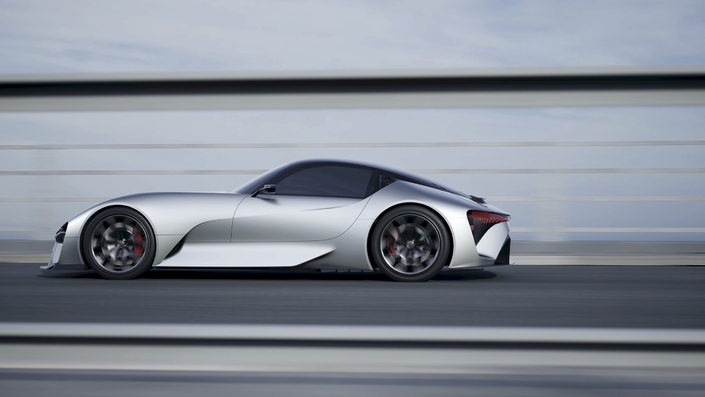 Does the electric car look great?

Aston Martin in history this weekend