In a few days, as part of the Le Mans Classic event, the Artcurial Motorcars auction house will present the Pierre Héron collection to potential buyers of vintage and collectible cars. This “barn find” type collection is unique in more ways than one because no less than 24 cars abandoned over the years are involved, including Talbot-Lago, Delahaye, Hispano Suiza and Salmson.

From 1965 to 1973, Pierre Héron created a “dream garage” that will be, in 2022, a “barn” collection that should make the hearts of those attending the Artcurial Motorcars auction next July 2, within the limits of the 24 Hours of Le circuit Mans while, on the main circuit, the crew entered in the Le Mans Classic will take a trip back in time. This is an opportunity to remember that Etienne Bruet and Thomas de Chessé will be driving the CD Peugeot SP66. Let’s come, in detail, to the collection of Pierre Héron and, to begin with, the official video of its discovery.

The two most desirable classic cars in Pierre Héron’s collection are the Delahaye 135 M Cabriolet (1948), one of 18 examples christened “El Glaoui” produced by Figoni & Falaschi, and the Talbot-Lago T26 GSL (1954). It is the Delahaye shown at the 1948 Paris Motor Show that will go under the auctioneer’s hammer from Artcurial Motorcars, this July 2, 2022 at Le Mans. This rare Delahaye which appears, after many years, in good condition, is estimated between 150,000 and 200,000 €.

Estimated at the same amount, the Talbot-Lago T26 GSL (1954) also represents a rare “barn find” because only 22 examples were produced. We owe the elegant style of this French car to designer Carlo Delaisse. Even if this Talbot-Lago (in this issue’s cover photo and below) has had to face the ravages of time, it has retained its functionality since the 1950s. 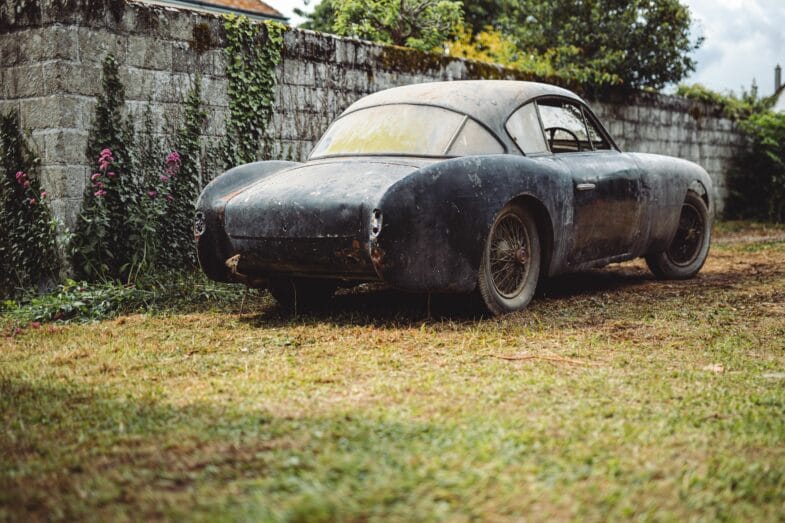 Regarding the favorite of the editor of LesVoitures.com, it is the Tracta-Grégoire Coupé Sport (1956 – Estimate: between €60,000 and €80,000) and the Mercedes-Benz SL fake ads, the latter celebrating , moreover, this year, the anniversary his 70th. At the Le Mans Classic, the star-studded company will celebrate this anniversary and the audience will be there. 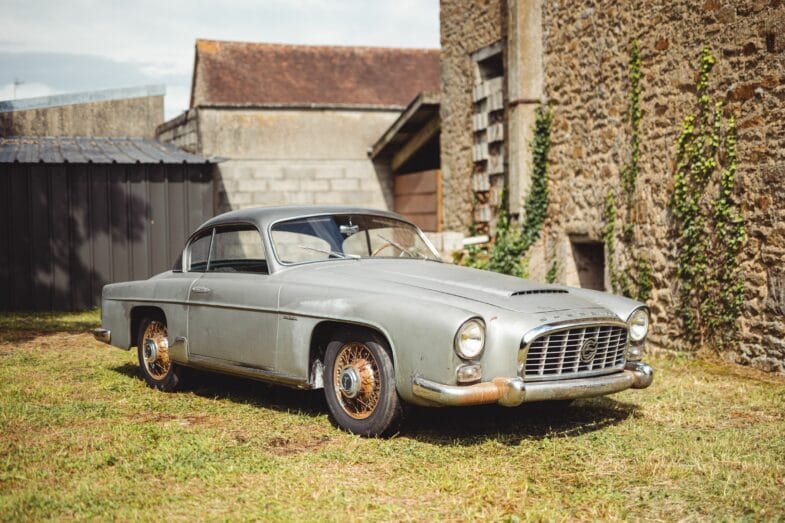 Four Tracta-Grégoire Sport were built in 1956, but only one version in the version known as “coupe”, ie a “barn find” model that will be sold by Artcurial Motorcars at the Le Mans Classic. Like Figoni & Falaschi’s Delahaye 135 M Cabriolet “El Glaoui”, this Tracta-Grégoire Coupé Sport, heavily inspired by the Mercedes-Benz SL Coupé W 198, is in excellent condition.

Finally, in the photo, 24 lots of the collection of Pierre Héron together which will therefore be sold on July 2 as “found in the barn”. To find out more, we invite you to click on the image above (top row) to download the Artcurial Motorcars Le Mans Classic 2022 auction catalogue.

French pearls were discovered in a barn

French pearls were discovered in a barn

How is the Fiat Toro with the 1.3 turbo engine?