Audi is a regular at the Monterey Car Week, which took place August 17-20 in California. The German manufacturer regularly presents its vision of future mobility. Last year, he unveiled his Skysphere concept car, an electric roadster that showcases its design evolution. A concept car that the ringed brand later rejected with two other versions: the Grandsphere and the Urbansphere. Visitors to Monterey Auto Week 2022 were also able to admire 3 models of the Sphere family. But Audi also created the occasion by presenting, at the Laguna Seca circuit, the Audi S1 ​​​​​​e-tron quattro Hoonitron. An exclusive article resulting from a new partnership with an American skating legend Ken Block. 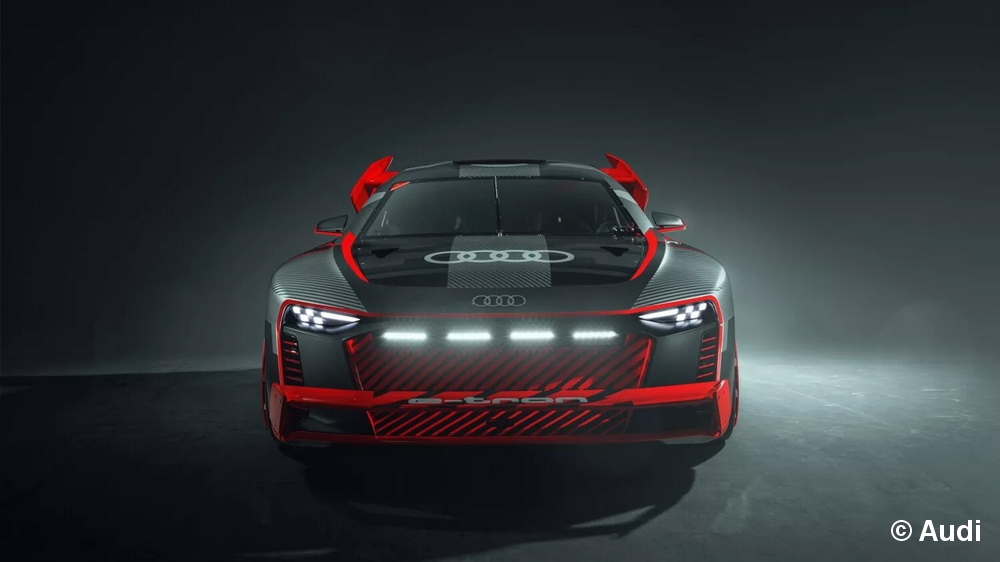 Audi built this car exclusively for Ken Block. This American rally driver is known worldwide for his videos Gymkhana. Videos in which he does stunts on the wheel of racing cars. After many years of driving for Ford, Ken Block entered into a partnership with Audi last year. For him, the Ingolstadt company has created this unique, particularly efficient model of electricity. A car with two electric motors, all-wheel drive and a carbon fiber chassis. A car that also meets all the safety standards set by the FIA, the governing body of motor sports. With this new attractive and powerful car, Ken Block intends to find new and more interesting people.

If the Audi S1 ​​​​e-tron quattro Hoonitron does not appear in the brand agreement, Audi lovers will soon be able to find it on the small screen. The car will definitely be the star of Ken Block’s upcoming video, titled “Elektrikhana”, for his Gymkhana cult series. The American driver has already had the opportunity to do the first test in Germany to get used to his new car. Familiar with the various types of vehicles that use internal combustion engines, Ken Block had a lot to learn. ” Doing a donut at 150 km/h straight from a standstill, using only my right leg is a completely new experience for me. Our job was to get used to each other, the car and me’‘.

A tribute to the Audi quattro S1 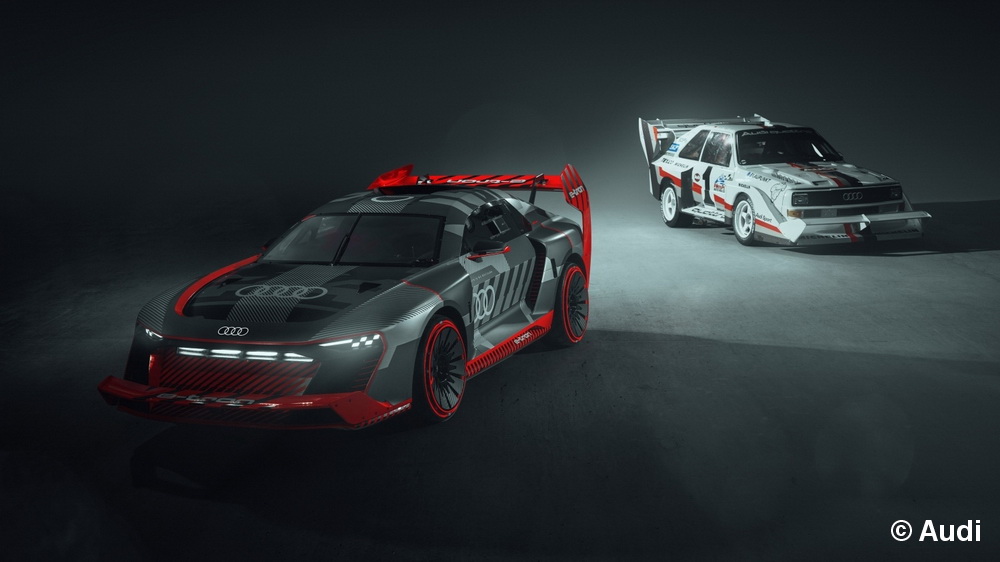 Audi S1 ​​​​​​e-tron Hoonitron also pays tribute to the legendary model of the brand: Audi Sport quattro S1. The car that dominated the World Rally Championship from 1984 to 1987. It also conquered the famous Pikes Peak on an unpaved road. The car took full advantage of the advantages provided by its unique all-wheel drive system. Audi S1 ​​​​​​e-tron Hoonitron is a modern interpretation of this and combines many things. Ken Block shows that the impressive aerodynamics have been translated into the most modern form. He sees well that Audi’s designers were inspired by their past and transferred the technology and appearance of the car to the present.

A car built in record time

Usually, designers and engineers allow themselves a year to create a project of this size. For the Audi S1 ​​​​e-tron Hoonitron, the Audi Sport teams had only four weeks. Audi’s design studio in Ingolstadt was responsible for the styling. All development, including advanced technology, took place at the Audi Sport stadium in Neckarsulm. In a month of hard work, Audi took on the challenge of bringing this car to life, much to the delight of Ken Block. “That Audi has now built this car for me and my team, and joined us in our next project, is a dream come true for me. Hoonitron is writing the next chapter in our story and directing our Gymkhana story into the future. »

Audi builds the S1 Hoonitron from scratch for Ken Block