ADEME has published a research on hydrogen-powered heavy transport. Research aimed at evaluating the energy, economic and environmental importance of hydrogen use for road mobility. It compares two ways of use: by strengthening the fuel cell or by its combustion in a heat engine. named ” TRANSPLHYN », the study focuses on four types of vehicles: a 44-ton heavy truck, an 18-meter open-top bus, a 12-meter regional coach and a 75-ton crawler excavator. In this article, we will focus more on the results concerning the first three. These vehicles consume a large amount of energy corresponding to a demand that is difficult to meet with a battery-powered electric vehicle. 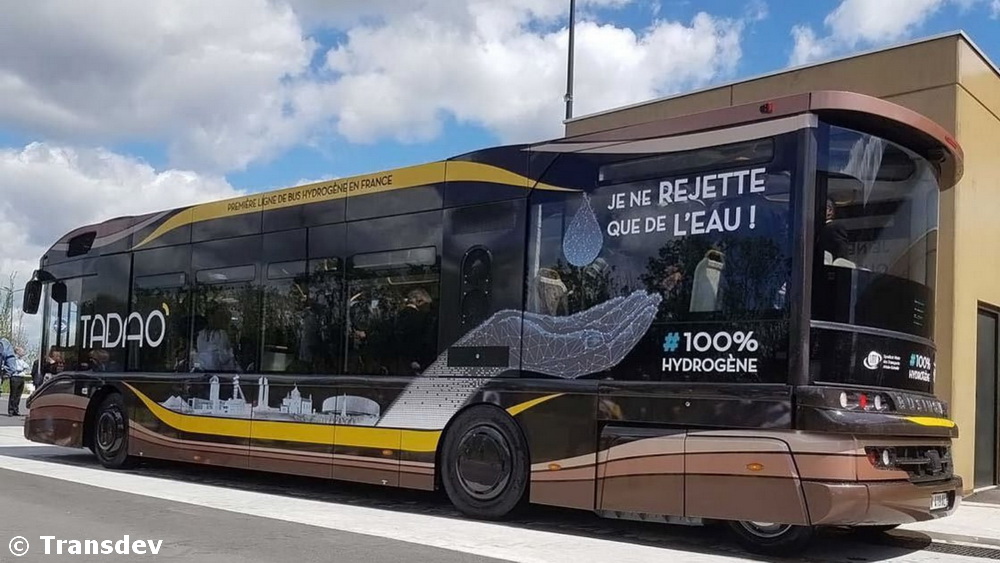 In terms of carbon-neutral transportation, a battery-powered vehicle is highly energy efficient. Therefore, electric vehicles are gradually entering the regulations of many countries. This is the case in France where the State provides special support for the purchase of these vehicles. However, for large applications or high power users, it may prove to be unsuitable. For heavy and therefore energy intensive vehicles, the size and mass of the battery can quickly exceed several tons. The time of payment is also a point of tension. High-capacity batteries require a long recharge time, which reduces the availability of the vehicle. Hydrogen can be an alternative to large batteries for storing the energy needed to power electric vehicles. It can actually be converted into electrical energy through a fuel cell (PàC).

The use of hydrogen in transport is not limited to energy storage for electric traction chains. It also opens up a second technological way of pushing. It is actually possible to burn it in an engine, in a process similar to the combustion of fossil fuels. The lesson TranplHyn aims to establish a comparison between these two methods of hydrogen propulsion. Comparison in terms of energy, economy and environment. ADEME has chosen four types of heavy transport that today seem difficult to imagine in a battery car configuration. The study evaluates each of these applications on the basis of operation with a proton exchange membrane fuel cell, on the one hand, and a hydrogen internal combustion engine, on the other. For each vehicle, average consumption is defined to be used for comparison.

Impact on truck use 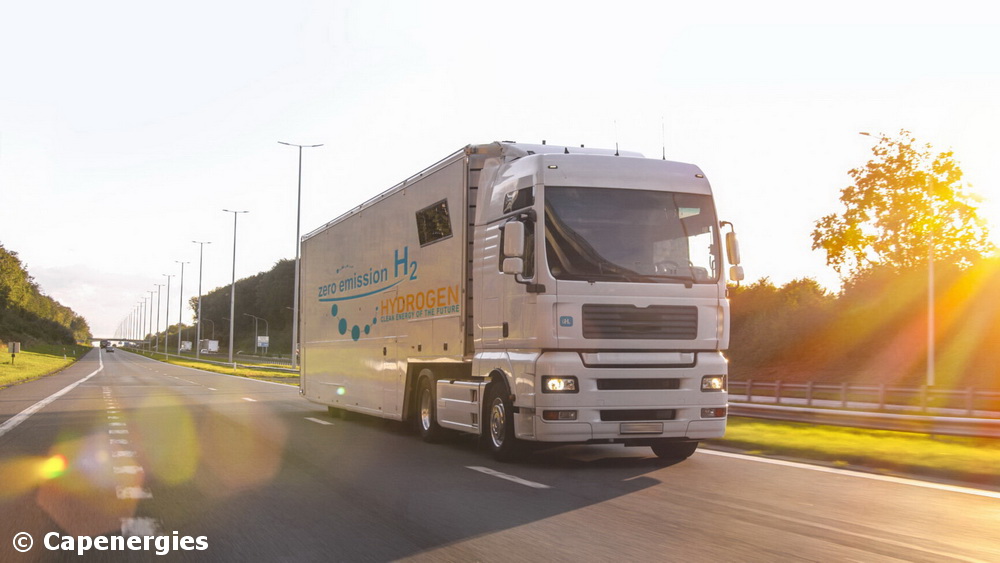 In its research, ADEME evaluates the fuel consumption of different types of vehicles for different usage cycles. Declared values ​​for fuel cell designs are given in an average way. The average associated with the difference between this average value. Indeed, the size of the power train has a direct impact on the truck’s energy consumption. To comply with its specifications, the minimum power level of the fuel cell must be approximately 225 kW. Then it must be connected to a battery with a capacity of about 75 kWh. What allows especially heavy weights to ensure missions on highways to borrow mountain areas. Research shows that heavy-duty PàC consumes 20 to 30% less than a hydrogen combustion engine equivalent.

Energy analysis for buses and coaches

The urban use of articulated buses strongly favors an electric configuration. Brake energy recovery widens the gap between the combustion engine versions and those with PàC. So a fuel cell bus consumes 30% to almost 50% less than a hydrogen fuel bus. As with the articulated bus, energy recovery brings significant benefits to the electric configuration of regional coaches. The PàC regional bus uses between 30% and almost 50% less than its hydrogen equivalent. The use of a fuel cell also provides greater freedom. It should be noted that for the buses and coaches described, the passenger load has a significant impact on usage. All the results presented in the study make it possible to evaluate the interest of different variants according to the repetition of the concerned line.

Impact on total cost of ownership 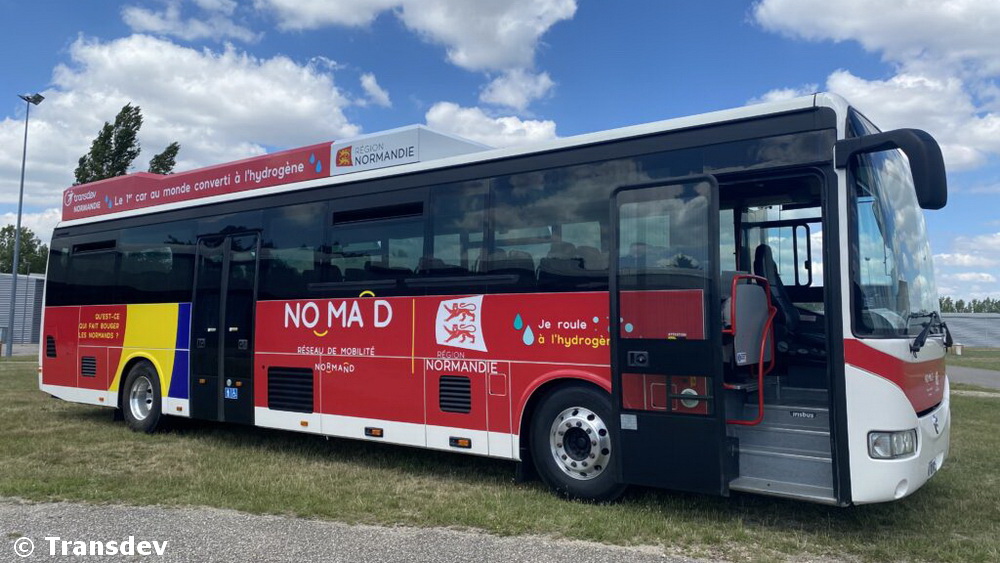 The economic evaluation of the study is based on the TCO (Total Cost of Ownership) indicator and sums up various cost items. In general, for the 4 types of vehicles studied, the switch to hydrogen leads to an increase in the total cost of ownership from 1.5 to 3 when using hydrogen from electrolysis. Energy consumption is the first cost item. Fuel cell versions have been stymied by the prohibitively high cost of purchasing vehicles. The TCOs of the FC car and the hydrogen combustion engine version are generally quite close. However, a PàC car is on average 10 to 20% more expensive than the combustion engine version. The high acquisition cost of fuel cell alternatives is only partially offset by the reduced cost associated with the use of hydrogen.

Economic analysis for buses and coaches

Good impact on the environment 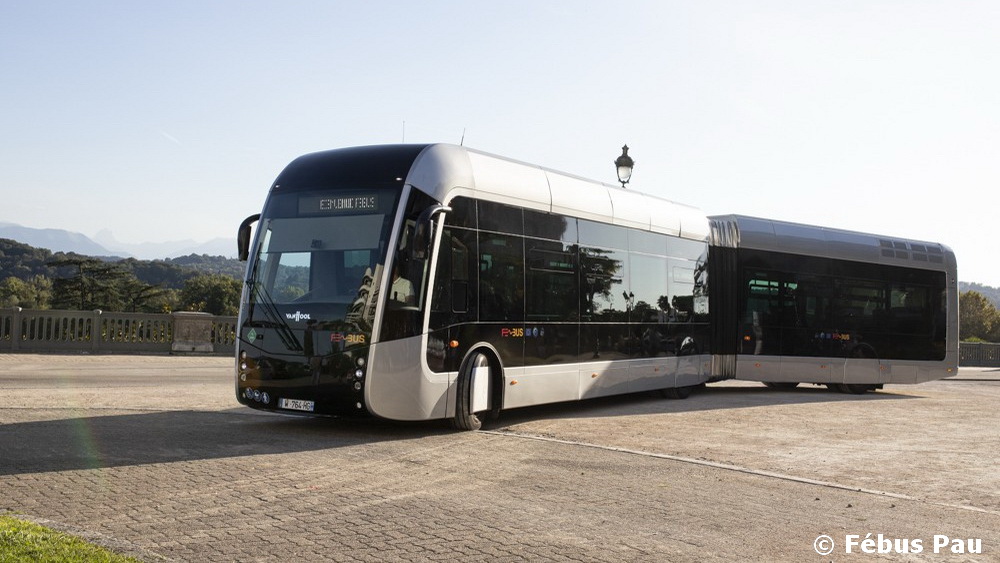 The use of hydrogen-powered trains has a positive impact on the environment. This is provided that hydrogen is obtained through processes that produce less greenhouse gases. The use of hydrogen and fuel cells does not produce GHG emissions during operation. Hydrogen emissions represent the largest share of GHG emissions in the life cycle of heavy goods vehicles. A heavy-duty fuel cell vehicle, which has low hydrogen consumption, also has a low GHG impact. In addition, part of the effects related to hydrogen production can be further reduced. This by using alternative electricity to carry out the electrolysis of water. Over the entire life cycle, GHG emissions are 5 to 6 times lower than the diesel version.

Conclusion of the ADEME study

The energy evaluation of the various researched vehicles showed great interest in hydrogen electric solutions for reducing consumption. In this area, fuel cell vehicles appear to be more efficient. Interest in electrical solutions by PàC is greater for urban use. Brake energy recovery plays a major role in vehicle energy efficiency. However, the transition to different hydrogen solutions may be hindered by their costs. Their TCO analysis shows that it leads to an increase in consumption by a factor of 1.5 to 3 over the life of the vehicle. To remedy this, ADEME invites us to focus efforts on fuel cell manufacturing costs. This also improves its life to eliminate the need for replacement during the life of the vehicle.

Volkswagen Combi: “The Magic Bus” from the band The Who is for sale

alternative to hydrogen for electric cars, but do we really need it?

Porsche Vision GT rises to the top for Gran Turismo 7

In the new Citroen C5 X, the brand’s biggest bet was on comfort