The category of electric vehicles has been constantly changing over the years due to constant improvements made to existing models and thanks to the introduction of several new models every year.

Many of these new brands are game changers themselves as they often introduce new technologies that have not yet been seen in the industry and will become popular in the coming years.

To see more clearly among this crowd of new things, here is a list of the 10 new electric models expected to arrive in 2023, in alphabetical order.

The Audi Q4 e-tron is a premium compact SUV that will share its mechanical components with the Volkswagen ID.4 all-wheel drive. That is to say, the Q4 e-tron will be offered with an 82 kWh battery and two motor mechanics that deliver 295 horsepower to all four wheels. This should allow it a range of 388 km, which is less than most of its competitors. Offered in regular and Sportback versions, with a more tapered roofline, the 2023 Audi Q4 e-tron is already starting to arrive at the brand’s dealerships in Canada.

BMW is completely updating its flagship sedan, the 7 Series, for 2023 and the brand is taking the opportunity to introduce an all-electric version: The i7. This electronic model will serve as a technological showcase for the manufacturer, especially thanks to its large 31.3-inch screen that descends from the ceiling to allow passengers in the back to listen to movies or surf the web like at home. Mechanically, the BMW i7 will be powered by two engines combining to produce 536 horsepower and 549 lb-ft of torque. Thanks to the 101.7 kWh battery, the big sedan will be able to drive for 512 kilometers on a charge when it hits the market at the end of this year.

The Cadillac Lyriq is Cadillac’s first all-electric vehicle and one of the first models to use General Motors’ new Ultium platform. This means that this luxury SUV will be powered by a 100 kWh battery that allows it a range of up to 502 kilometers despite drawing 340 horsepower from its two engines. Although it has already been launched for some time, the first sales of the Cadillac Lyriq are not expected before the second half of 2023.

Genesis is going two different ways with its electric vehicles since the GV60 was designed entirely as an EV while the G80 Electrified is an electric version of the gas-powered G80. This mid-size sedan aims to compete with the future BMW i5 and Mercedes EQE sedans. To do so, it should offer a range of approximately 454 kilometers and an output of 365 horsepower and 516 lb-ft of torque. The Electrified G80 is currently starting to hit dealerships.

Genesis’ first electric vehicle is the GV60, a small SUV that shares many of its engines with the Hyundai Ioniq 5 and Kia EV6. This explains why the GV60 is one of the few electric vehicles on the market with an 800-volt design. This allows it to charge its battery from 10% to 80% in just 18 minutes with a level 3 terminal. Due to its complete equipment that has a measured weight, the GV60 will not offer as much freedom as the two previously mentioned models. , and 399 kilometers per charge. This model can already be found in the inventory of brand dealers in Canada.

The Lexus RZ, the brand’s first electric car, is a more luxurious version of the new Toyota BZ4x and Subaru Solterra that offers a more traditional and non-futuristic style. Like these two models, the RZ is a compact SUV based on an all-new platform that allows it to offer a range of approximately 460 kilometers and 308 horsepower delivered to four wheels and two engines. The RZ will also be offered with an electronic power steering system that will replace the traditional steering wheel with a “yoke” similar to that of the Tesla Model S and X. The Lexus RZ will be available in Canada in late 2022.

Mercedes-Benz is currently working on several electric models that will soon join its lineup, including the EQB compact SUV. This model will be an electric version of the current GLB, which will share the outline of its appearance. The EQB will be offered as a utility-only version in Canada when it goes on sale in late 2022 or early 2023. This model will have two engines making 288 horsepower and 383 lb-ft of torque and should have a range of 419 km. .

Another Mercedes-Benz model that is expected in 2023 is the EQE sedan. To distinguish its electric models from its gasoline models, the manufacturer has chosen a new nomenclature, which is why there will be sedan and SUV versions of certain models. For 2023, the EQE sedan will arrive in the Mercedes lineup as an electric counterpart to the E-Class. This mid-size sedan will share some features with the EQS that is already on our roads in terms of mechanics but also technology, especially its Hyperscreen. screen that covers the entire dashboard. This means that we should expect several versions, including one developed by AMG, with a power level that should reach 677 horses. Due to the smaller battery, the EQE sedan will have to bow to the EQS in terms of range with a WLTP rating of 518 km.

The Solterra is Subaru’s first electric car, but the automaker didn’t build it alone. Indeed, only minor cosmetic changes separate it from the Toyota BZ4x, which also shares its engines. Of course, the Solterra will only be offered with an all-wheel drive engine due to the brand’s reputation in this area. It is for this reason that the Solterra has a lower range than the BZ4x, with 367 kilometers per charge. The first Solterra units will arrive at dealers before the end of 2022.

The Toyota BZ4x is one of the most talked about electric cars right now, being the first electric model from Toyota, which pioneered electrification with the Prius about 20 years ago. Since they were developed together, the Toyota BZ4x and Subaru Solterra are almost carbon copies of each other except for a few visual details that give the Toyota a more futuristic look. The biggest difference can be found under the hood, as the BZ4x will be available with the power of one engine that will send 201 horsepower to the front wheels and allow it to show a lower starting price and a higher range than Subaru, with 406 km. Wheel drive all will also be available with a power of 215 horses and a range of about 367 kilometers, like a Subaru.

Biterrois: Refresco is committed to the purchasing power of its employees

LG triples the transmission distance and breaks its own record 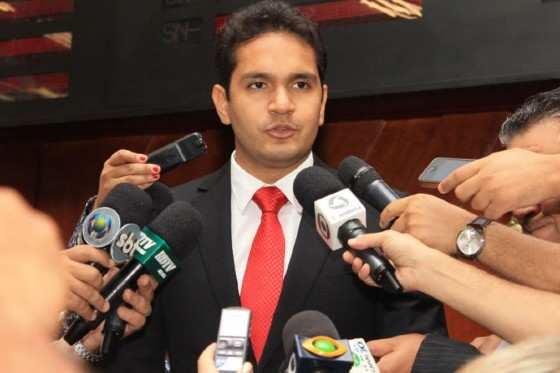 The former councilor is proud of Rolex and Porsche, but he does not pay the debt and TJ captures CNH | Author MT